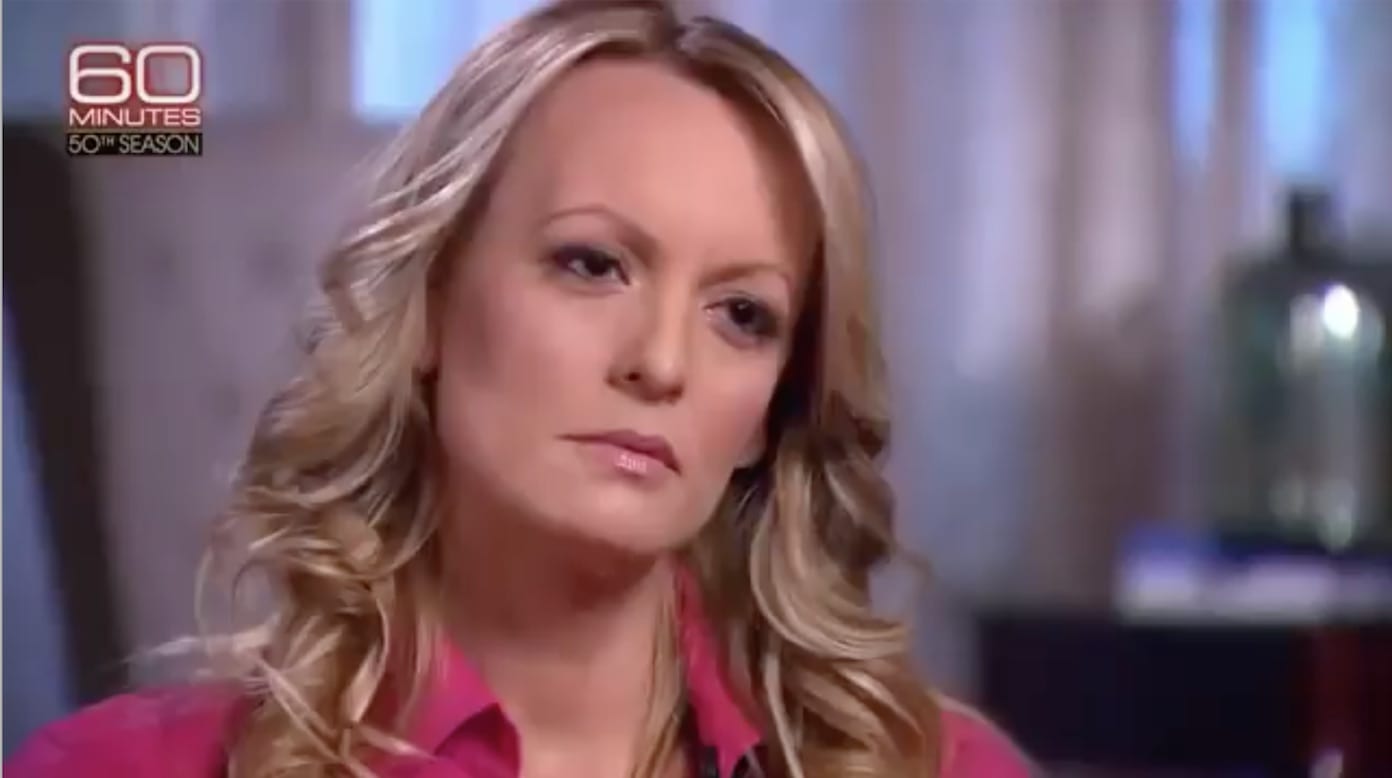 1. What a fantastically deluded and stupid person Stormy is. She said she was not bringing up the story about Mr. Trump and her for money. Instead, she was doing it so that he daughter would not be mocked and laughed at because Trump called her a liar.

Miss Daniels, get hip. You’re a pornographic actor. You make your living having men you barely know penetrate you and sodomize you for money. You sell your private parts for money. Don’t you think that maybe your daughter’s friends are already going to laugh at her and you? If you want to have your daughter’s friends speak better of her and you, why don’t you quit this work you’ve been doing and become a nurse?

2. History means nothing without context. Powerful men like to have sex with women besides their wives. (So do anonymous men.) John F. Kennedy had dozens if not hundreds of women who were not his wife. But we tear up and cheer at the mere mention of the Kennedy name. Teddy Kennedy actually caused the death of a much younger woman with whom he was having a relationship. But he was treated as a saint by the left.

3. The really bad part of the story is that Mr. Trump supposedly lied about it so brazenly. But wait a minute. Not so fast, as Joe Welch said to Roy Cohn. How do we know that Stormy is telling the truth and Trump is lying? There were no eyewitnesses except the two of them. She makes her living EVERY SINGLE DAY by faking her feelings and emotions. Why would we believe her? Trump is a businessman and a tough SOB. But he could not have risen as high as he did without at least usually telling the truth.

By having Anderson Cooper ask her tough questions, CBS was hammering home that the story was likely true. But who knows if it is? Who will ever know?

4. Having her lawyer come on and act tough was comic relief. Of course he’s going to act tough. That’s what trial lawyers do. It means nothing at all.

5. The one I really feel for is Melania Trump. It was incredibly cruel of CBS to air that interview and wreck her life. What happened between Stormy and Trump was mostly relevant to her and to her children. Why do we give Stormy a chance to protect her daughter and deny the same chance to Mrs. Trump?

6. In the New Testament, there is a glorious story about Jesus passing the woman taken in adultery. The crowd is about to stone her to death. Jesus asks her, “Woman, is it true? Did you commit adultery?”

The woman says, “I cannot lie. Yes, I sinned. I committed adultery.”

Jesus says, “Very well. Then she should be stoned. Let him who is without sin among you cast the first stone.”

The crowd cowers and melts away. A good lesson for Anderson Cooper and the media today. We are all sinners and all have fallen short. Maybe we should remember it as we pick up the stones of self-righteousness.