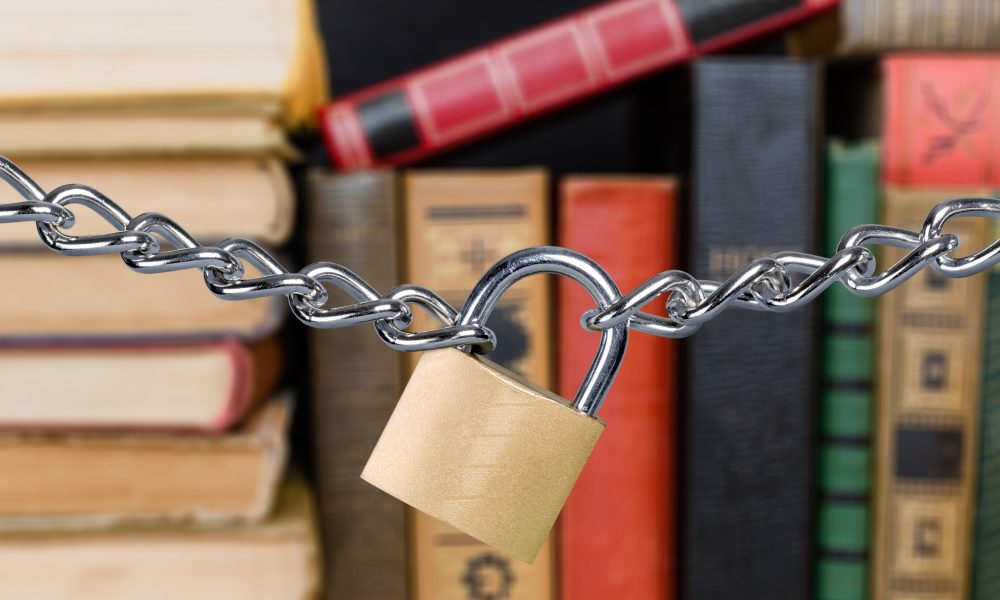 The book Hebrews to Negroes: Wake Up Black America! by Ronald Dalton Jr. is now in the news. It is full of vicious, anti-Semitic lies. At a time when we Jews have been all too often subjected to actual physical attacks, many Jewish groups are calling for a banning of the book. This is understandable. “Sticks and stones may break my broken bones,” but while words may indeed hurt me, they can never violate my rights. This is true unless they constitute actual threats, such as “Your money or your life” under gunpoint. But it is not even alleged by its most fervent critics that this book comes close to doing anything like that.

What is this book all about?

Here are some of its claims:

Today’s Jews are imposters. They have absconded with and undermined the religious heritage of Africans and African-Americans. Via a vast amount of misinformation these Jews have miseducated black people, hiding from them their actual identity.

There is a Jewish conspiracy to oppress and defraud the black community. The former has robbed the latter of vast wealth through surreptitious means.

Hidden by historians, Jews were in large part involved in the transatlantic slave trade, which facilitated the slavery of black people. It is time, it is past time, that their responsibility for this bondage and oppression of blacks be publicized.

The Jews are greedy and have no historical connection to any land in Israel. Thus, the Jews are responsible for the oppression of the Palestinians and have no proper title to any significant amount of land in that area.

The Jews lie in their claim that Jesus Christ was a Jew.

I am not now going to defend this book, of course, but I do oppose its banning. There has been far too much cancellation of ideas of late. It is time — it is past time — to oppose such anti-intellectualism. Judge Louis Brandeis said that “sunlight is … the best of disinfectants,” and no words could be more apt for the present situation. I may be accused of anti-Semitism myself for opposing the cancellation of this book and, with it, these ideas. All I can say is that I have a long paper trail of pro-Jewish publications; my most recent book was a very enthusiastic defense of Israel.

Who is calling for this book to be banned? The Anti-Defamation League, the American Jewish Committee, and Jewish Federations of North America. In their letter to Amazon asking the company to stop distributing the Hebrews to Negroes book and film on its platform, they stated, “By continuing to platform this film, and other clearly hateful content, Amazon is knowingly and willingly propagating antisemitism.” They continued, “At a time of rising antisemitism, when incidents in the U.S. reached an all-time high in 2021, Amazon’s failure here is dangerous.” Amazon declined to comply, but Barnes & Noble did so.

There are two main reasons for opposing the prohibition of Hebrews to Negroes. First, this book violates no one’s rights. These are merely the opinions of its author. Will it lead some criminally minded people to engage in violence against Jews? Let us stipulate that indeed it likely will. If we ban the book on this basis, and we want to be logically consistent, we will also have to proscribe soccer games, Super Bowl contests, and other such sporting events, some of which result in physical violence and even deaths. Then there are movies that feature gang activities, which sometimes influence the same unfortunate occurrences. No, if criminals attack Jews after being influenced by Dalton, it will be the fault of the actual perpetrators, not that of the author of this book, no matter how reprehensible are his views.

Second, the pragmatic. We Jews are people of the book. That means, if it means anything at all, that we are oriented toward intellectual matters. We do not run away from them. That would be a Shonda. Surely, a far more practical way of dealing with this book is to challenge Dalton to a public debate and to organize seminars that spotlight his errors. Shall we also burn copies of Hitler’s Mein Kampf? How about the Protocols of the Elders of Zion? Forbid anyone to read them if we had the power? That is no way for people of the book to act.

One of the calumnies against Jews is that we run things to an unacceptable extent. Well, if our protests end up with the squelching of this book, then, to that extent, our critics will have been proven correct, at least in this instance. This would be a charge we should avoid rather than embrace.

Let me emphasize that my disagreement with the Jewish groups that wish to ban, cancel, or boycott this book is only over means, not ends. We are in full agreement on the latter. These anti-Semitic ideas must be fought.

My suggestion is not to try to convince Ronald Dalton Jr. to change his mind on these matters. Rather, it is to challenge him to a debate. Probably, he would be unwilling to engage in one, in which case he would likely lose many of his followers based on his cowardice.

If he were foolish enough to accept this challenge, however, his views would be so obliterated that, again, he would lose many of his followers.

Trying to silence him makes Jews look bad in so many, many ways. Yes, without a doubt, anti-Semitism must be fought. But with a little sechel, not blindly and ineffectively. Banning a book, indeed.

Walter Block is Professor of Economics at Loyola University New Orleans. His most recent book is The Classical Liberal Case for Israel.