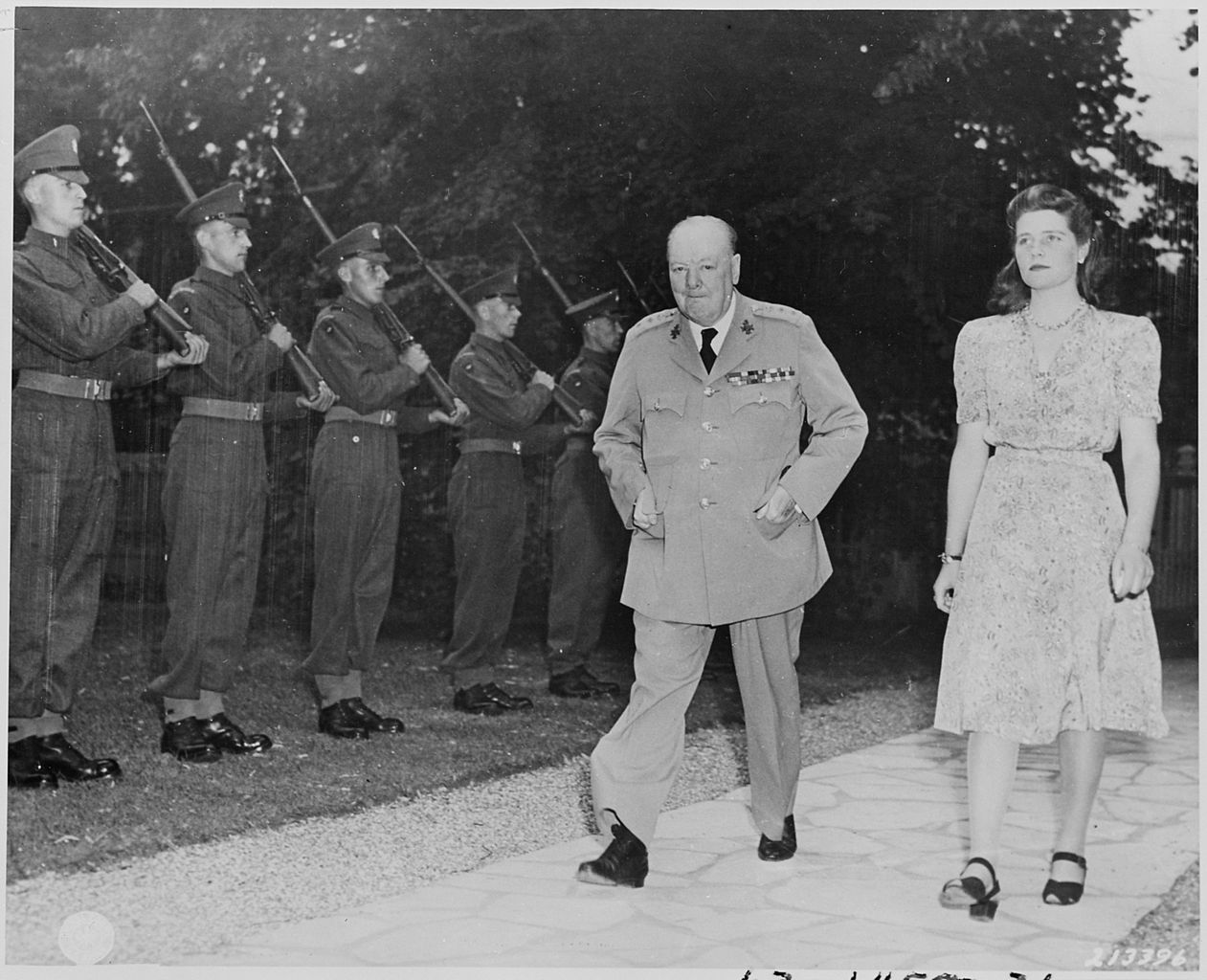 Rush Limbaugh, in his capacity as the head of the Limbaugh Institute of Conservative Studies, used to teach: “The gravity of the charge does not make it true.”

He was referencing the torrent of charges that were used to bludgeon out a story that would make shock waves. Response to the charges was rarely as attention grabbing, even if the media was willing to run it.

We have become inured to the constant charm of racism hurled at anyone who effectively challenges the woke narrative. Other isms and phobias piggyback on the racism charge, to add freshness and variety. Just mix and stir.

Racism has been a terrible problem. Gradually, and too late for many good people, America as a whole rose to the challenge. Precise, disciplined, language was used to convey the overwhelming emotion that galvanized us to dismantle the state-run systems of oppression in the places where they existed and to change the hearts and awaken the souls of the people to forthrightly rid ourselves of this cancer.

America confronted anti-Semitism as well. Its effects in America were muted in comparison to the heartland of anti-Semitism in the Old World. Quota systems in universities, exclusion from professions such as law, medicine, and banking, as was discrimination in hiring, housing, and access accommodation. Anti-Semitic violence was small compared to Europe, but woe to the city boy who walked into the wrong neighborhood.

The ghastly horror of the Holocaust and America’s deadly fight against Nazism brought about a stark realization of where hatred can lead. America did not want that, and attitudes changed. Good leadership in the American Jewish community engaged the public in good faith and with responsible language. The good faith of this land had been established beyond a doubt in the thousands of lives it spent to crush Hitlerism.

Over the past few weeks, Kanye West, Kyrie Irving, and Donald Trump, among others, were subject to sustained public criticism for anti-Semitic remarks and/or associations.

Some of the accusations were precise and carefully considered; others were broad and indiscriminate. Reactions to the criticism were also mixed — some responsible and thoughtful, others inflammatory and hateful. But on the whole, the heat of these public exchanges has galvanized a largely complacent Jewish community into realizing that life in America is not the same for Jews as it was twenty or even ten years ago.

A sudden wake-up from complacency is always shocking. Especially among many who have drunk the poison nectar of wokeness, there is a tendency to, as Captain Renault put it, “Round up the usual suspects.” This pattern has not failed; some do not want to be shaken from their dream world. Leviticus deems that those who do not reprove their neighbors when required are showing their hidden hatred. The Book of Proverbs points to the value of criticism again and again; typical is the verse, “One who attends to reproof acquires a heart” — taking advantage of proper criticism brings one both understanding and courage.

The examples of poor criticism are plentiful. Excellence, on the other hand, is rare and deserves attention. Turn from the mediocre politicians to one whose example deserves emulation.

Winston Churchill was both a fierce opponent of Communism and a life-long, dedicated friend of the Jewish people. He also had a penchant for honest, principled discourse. In a newspaper article in the spring of 1920, as Lenin’s terror regime was finally grasping Russia firmly in its hands, Churchill published a lengthy article, looking critically at the Jews of his time, and seeing things which he felt deserved praise and things that appalled him.

He set out a strong statement of principle at the beginning, writing,

[There could be] no greater mistake than to attribute to each individual a recognisable share in the qualities which make up the national character.… There could be nothing more wrong than to deny to an individual, on account of race or origin, his right to be judged on his personal merits and conduct. In a people of peculiar genius like the Jews, contrasts are more vivid, the extremes are more widely separated, the resulting consequences are more decisive.

He went on in the article to flesh out the picture, describing those differing extremes.

Churchill pulled no punches when it came to the Bolsheviks. He wrote of the Communist regime then:

With the notable exception of Lenin, the majority of the leading figures are Jews.… [The most] prominent, if not the principal, part in the system of terrorism applied by the CHEKA has been taken by Jews.

Churchill went on to outline the prominent role played by Jews in short-lived but bloody Communist regimes in Hungary and Bavaria, and added,

[Although] there are many non-Jews every whit as bad as the worst of the Jewish revolutionaries, the part played by the latter in proportion to their numbers in the population is astonishing.

From this harsh assessment of the facts, Churchill turned to the reaction to the Communists, pointing to the bloody pogroms instigated by the White Russian armies in Ukraine. He described this campaign, which resulted in tens of thousands of Jewish deaths of people Churchill called innocent. This, he wrote, was “antisemitism in its worst and foulest forms.”

Churchill then spoke with approval of Zionism as “a powerful competing influence in Bolshevik circles.” Jewish national aspirations, Churchill wrote, were harmonious with Britain’s own aspirations, and established a positive alternative to the Communist lure. He therefore wrote that there should be built up

… with the utmost rapidity a Jewish national centre in Palestine which may become not only a refuge to the oppressed … but will also be a symbol of Jewish unity and the temple of Jewish glory, a task … on which many blessings rest.

This article generated some strong pushback from the Jewish community in Britain. But Churchill did not mind controversy and felt that his friendship was beyond reproach and that his criticisms were sober and given in good faith. He lived out that good faith with a lifetime of support of Jews and Judaism, whether in support for the Jews in Israel, whether almost single-handedly denying Hitler victory, and then leading the charge to victory; or whether in his deepest regard for both individual Jews in many friendships and for Jewish achievements in the worlds of ideas and of the spirit. As he truthfully remarked when well into his eighties, “The Jewish people know well enough that I am their friend.” And as Israeli Prime Minister David Ben Gurion wrote to him in recognition of his achievements, “Your words and your deeds are indelibly engraved in the annals of humanity.”

For every honest and friendly critic like Churchill, there are many whose words deserve little if any attention. It is well to remember that every useful power has its abuses. There are no exceptions. The highest ideal can be subverted from within and used without as a screen for evil. In the words of a great Chassidic teacher of a century ago, “The Evil Inclination likes nothing better than to put on a long black coat.”

More than ever, we who have professed ourselves to conserving the great achievements of humanity should develop a discernment capable of the severe task that confronts us today. Noxious clouds of irresponsible and malevolent rhetoric poison our politics and our citizen’s sense of shared purpose. While Trump may lapse into petulance and childishness, a man who loves his Jewish grandchildren, who took a stand against Iran’s exterminationist aims in Israel and Obama’s policy of ignoring it, and who helped bring about a series of breakthrough peace treaties with Israel’s Arab neighbors is no anti-Semite. Kyrie seems to be making an effort to understand where he offended. Kanye needs some real help and, in the meantime, seems capable of inspiring people similarly off the mark into hatred.

Cherish honest and constructive criticism and rise to its challenge. Expose the destroyers of discourse and let all who use hate for their own purposes feel shame appropriate to the harm they have caused. Clearing out the language and criticizing its misuse is a battle worth fighting.