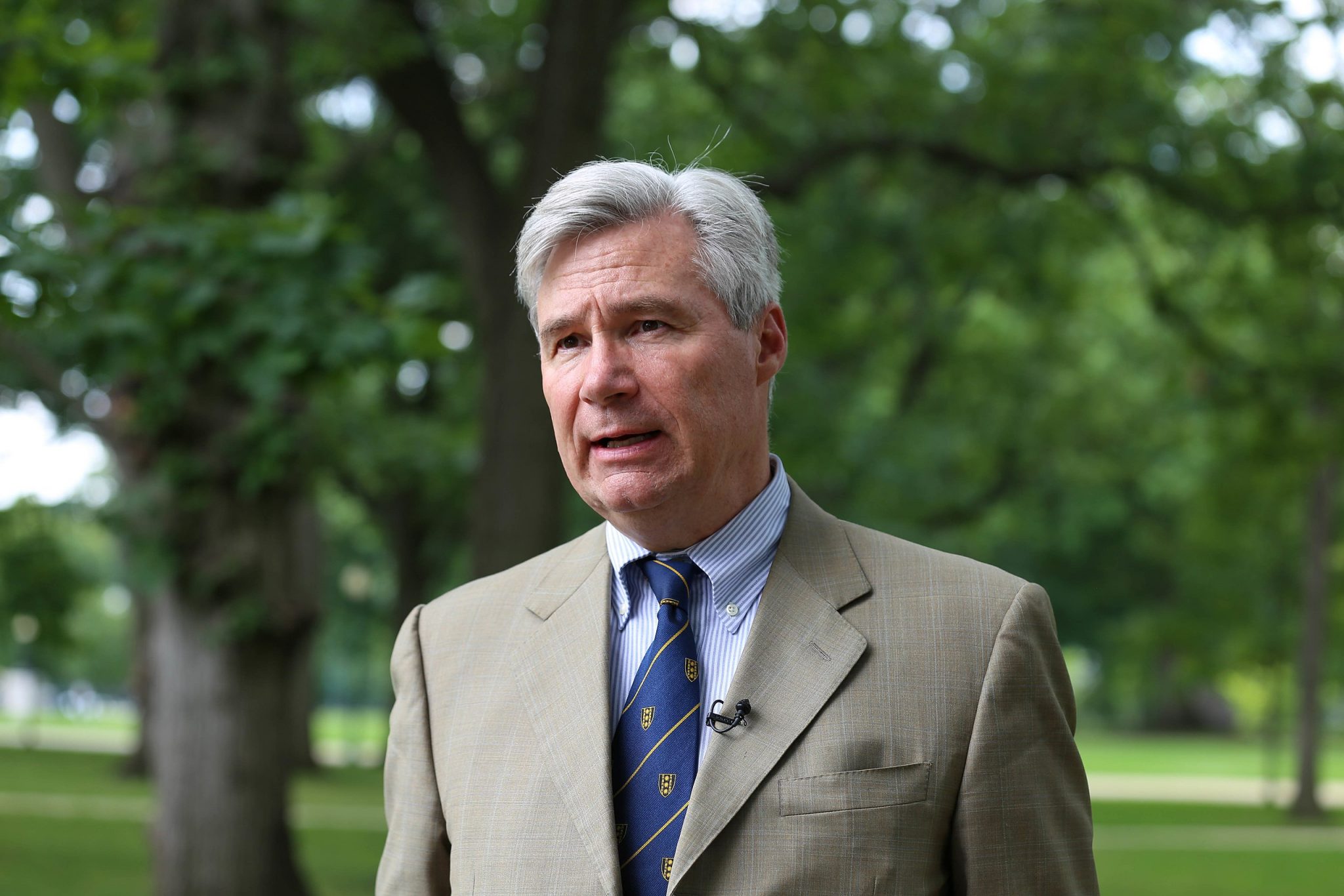 Sheldon Whitehouse faces a problem not solved but made worse by money.

“We can and must do better to root out systemic racism in its many forms,” Sen. Whitehouse (D-R.I.) proclaimed in reaction to the George Floyd murder. A year later, he admits that the complexion of the members of his yacht club largely matches the complexion of their sails. And he lamely insists, because he sold his shares to his wife, that he does not belong to a controversial beach club, where members allegedly require a much higher sunscreen number than do the people excluded from it.

The beachgoers in panoramic photographs of the club do not in any way resemble Meadowlark Lemon, Esther Rolle, or Scatman Crothers. The president of the club, an Austrian prince and son of Sunny von Bülow, vouched for the egalitarian nature of the group. He insists that it counts minorities among its members. He just maintains that as a private club its membership rolls remain confidential. Curiously, no minority member comes forward to affirm the stated diversity.

One wonders whether Whitehouse’s real public-relations problem involves his membership not in this club or that club but in the club. Yes, that club — the club. Once on the good side of the velvet rope, even if arriving at that exclusive destination upon birth, the standards practiced never quite equal the standards preached.

Whitehouse strikes as a very clubbable man. This comes not by virtue of his nature, which seems not good-natured, but because of his over-socialized manner and family tree, whose leaves exude a much-sought-after shade of green. He just looks like one of those guys who sips scotch at the backbar with other well-fed, well-coiffed, well-born men. Of course he went to Yale. Of course he went to St. Paul’s School. Of course he traces his ancestry back to the Mayflower. The fact that he belongs to clubs in Newport — and not, say, the Kiwanis outfit in Pawtucket — certainly puts him further in the hole.

Even his name, which helped to this point, hurts.

Sure, that socially challenged guy from The Big Bang Theory, Rip Taylor’s character in Sigmund and the Sea Monsters, and Plankton all share a first name with the junior senator from Rhode Island. But as Shel Silverstein, Shel Talmy, and proud Sheldons the world over prove, the name, especially with the aid of alphabetic amputation, needs not mete out a life sentence of confinement to the dork lunch table.

Anyway, the senator’s problem stems more from his last name than his first. In another age, or at least in a movie, such branding might fast-track a politician to the presidency. But in 2021, especially in the Democratic Party, Mr. Whitehouse may wish to change his surname to Blackhouse or Brownhouse. Really any color on the rainbow flag — white remains absent from that banner for a reason — serves his political ambitions more effectively. If the Dixie Chicks, the Washington Redskins, Uncle Ben’s, Lady Antebellum, and even the “Providence Plantations” part of his state’s official moniker can change in the wake of the Great Awokening, then Sheldon Whitehouse can change, too.

While a man can alter his name, personality transplants appear as real as those black people at the beach club. During a Whitehouse presentation last fall at the Amy Coney Barrett confirmation hearings, he never asked, “Is there something you could share with the rest of us, Amazing Larry?” Then again, he never asked a single question for his allotted 30 minutes. Instead, he unveiled head-spinning flow charts and shiny-eyed conspiracy theories, à la the big basement meeting scene in Pee-Wee’s Big Adventure, and transformed a hearing into a speaking. Leonard Leo … false flags … Carrie Severino … secret funders … Bradley Foundation. It went on, in lions-and-tigers-and-bears fashion, like that. The man likes hearing himself talk, which, more so than the company he keeps, seems his undoing.

Only in a state where Democrats hold a 3-to-1 advantage in party registration could such a buffoon win elections. But it’s not as though such ritzy societies welcomed Buddy Cianci or the many Rhode Islanders who voted for him. The saving grace then involves the rules of the most exclusive club to which Whitehouse belongs allowing all of the Rhode Islanders who do not belong to Bailey’s Beach Club or the Ida Lewis Yacht Club to decide whether to terminate his membership.