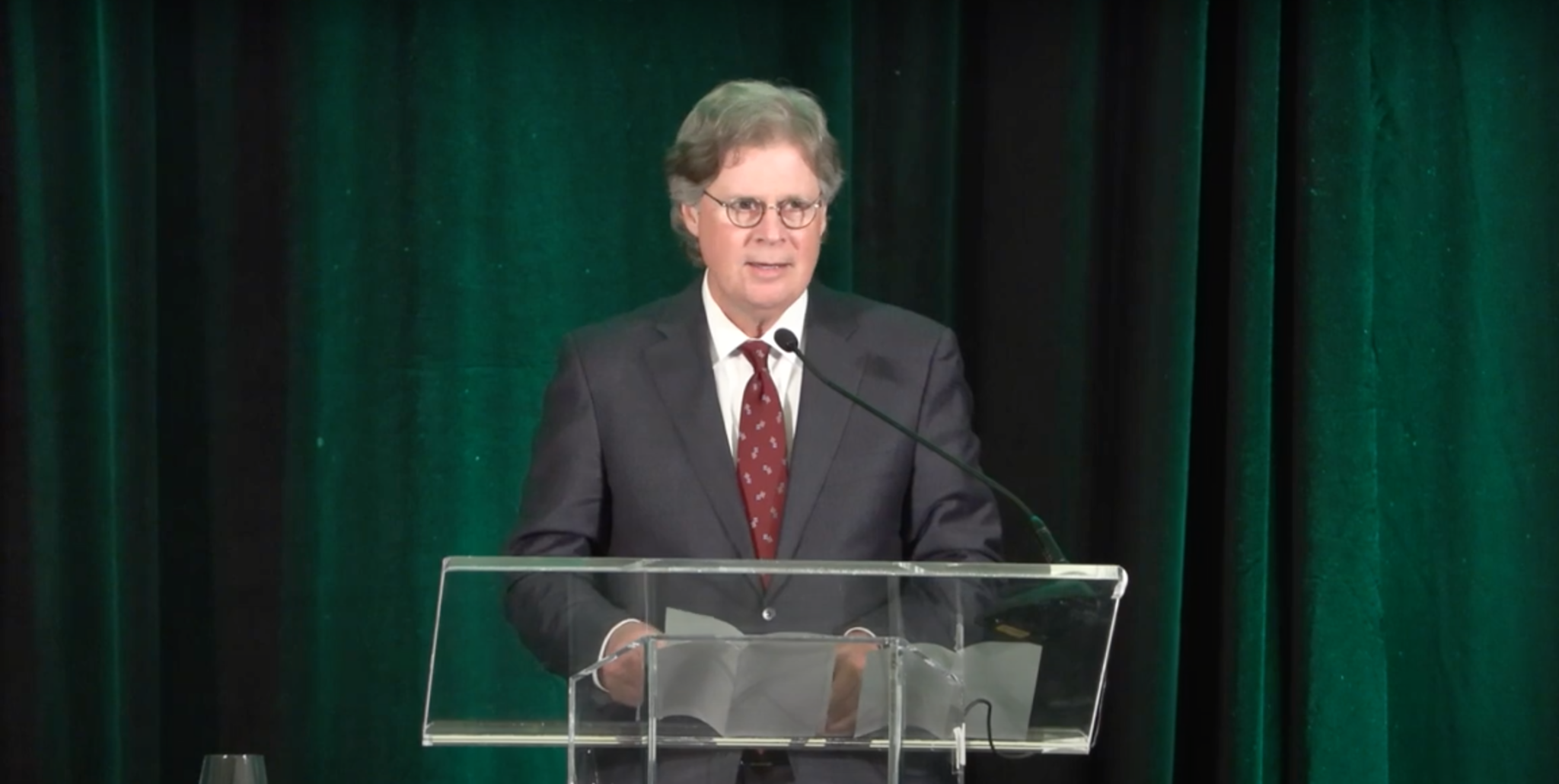 Byron York, the chief political correspondent for the Washington Examiner, delivered the following remarks at The American Spectator’s 54th Annual Robert L. Bartley Gala on Oct. 20, 2022, as he accepted the 2022 Barbara Olson Award for Excellence and Independence in Journalism. (York was introduced by Hugo Gurdon, the editor-in-chief of the Washington Examiner.)

It’s an honor to receive an award named for Barbara Olson. I knew Barbara. She was a real firecracker. She was funny, she was lively, and you just enjoyed being around her. And in her work, she was sharp, she was focused, she was relentless. If you were a Clinton White House official, you did not want to be in Barbara Olson’s sights.

So it’s an honor to receive an award named after her.

And this is particularly meaningful for me, to receive this award from The American Spectator, because it was Bob Tyrrell and Wlady Pleszczynski who gave me the opportunity to write for publication. That changed everything for me, career-wise. A huge deal for me.

Prior to joining The American Spectator in 1996, I had been a TV producer here in Washington. I produced the 11 p.m. news on Channel 4. It was kind of a grinding job, and I was getting tired of it. Truth be told, I was really tired of the anonymity of producing newscasts with other people’s faces on camera. Show producing was anonymous work, and remaining in it would mean remaining anonymous.

So I started writing freelance pieces in the hours before I went in to produce the newscast. The question was, who would publish them? Given my perspective, a lot of places were off the table. And the conservative media world was pretty small.

It was, from today’s perspective, a strange, prehistoric time in journalism. I wrote one story a month for a magazine that was printed on paper and mailed to subscribers. Imagine that. During that time, my only story — by choice — was the cluster of scandals surrounding Bill Clinton and the woman Bob sometimes referred to as “his lovely wife Bruno.”

As it turned out, I joined at a tumultuous time for the magazine. There’s no need to go into the weeds on it, but the Clinton investigations caused conflict in American Spectator world. The administration even struck back — for a while, The American Spectator was the only magazine in history that had its own independent counsel. People were unhappy. The magazine was sold. It took time to get back on track.

In 2001, after I had left, I wrote an article about it for the Atlantic. I had not seen the story for many years, but I read it again for tonight. The first part was about the history of The American Spectator, and the second part was about all the Clinton-era successes, and then the troubles. Here’s the thing: I got a little bored by the second part — skipped over a lot of it — but I loved the first part, the story of The American Spectator, how it began, and how it became what it became.

Researching the story, I talked to all the people who had been there when Bob created The American Spectator in 1967, when he was a student at Indiana University. He originally named it The Alternative, but later decided that had such hippie connotations — an “esoteric fragrance,” he called it — that it was better to move on, and thus The American Spectator was born.

Bob wrote letters to intellectual eminences like Bill Buckley and the National Review crowd, to Milton Friedman, Nathan Glazer, Edward Banfield, Norman Podhoretz, Irving Kristol, and many others. He sought contributions and advice. He held events. It was all well and good, but it was hard for a new magazine to get noticed, at least in the way an ambitious young editor wanted.

Cut to 1969 and what I think was a pivotal moment in the magazine’s history. Bob organized what he called a “conservative teach-in” on campus. He invited Bill Rusher and Frank Meyer, of National Review, to debate two liberal Indiana University professors. Then Bob arranged for himself to debate one Dr. Rudolph Montag, a distinguished professor from Columbia University. The subject of the debate would be one of those vague, gaseous topics in vogue back then — “The Social Problem.”

No one in the audience knew it, but Dr. Rudolph Montag, the distinguished Columbia professor with the impressive resume, was entirely the creation of … Bob Tyrrell, who had recruited a fellow student to play the professor. On stage, the two went back and forth. Montag mouthed one liberal platitude after another until a member of the audience stood up, called Montag “a goddamned Communist,” and threw a pie in his face. The guy in the audience was a member of the IU wrestling team put up to it by Bob. With pie on his face, Montag stayed in character and lamented the tensions on campus that led to such acts of violence.

It was all a perfect send-up, a good prank, but this is important: the school newspaper took it quite seriously. It got lots of coverage. Many years later, Bob told me, “We had had events for a couple of years and never got any attention at all, so we decided to have this bogus pie-throwing, and overnight we got a huge amount of attention.”

The lesson: Yes, you needed to be serious to win respect. But you also needed to be funny to attract attention. Serious and funny. Argue with your adversaries, but mock them, too. Do a lot of mocking of all the nonsense — Bob would call it “piffle” or “flapdoodle” or “tosh” or dozens of other words nobody else uses — on the left. That’s what Bob did so well in “Public Nuisances,” and since. And it is a formula that has served The American Spectator well for decade after decade.

And so now I am glad The American Spectator is still doing it. And I am extremely honored to receive its recognition. Thank you.