Hither and Yon,Top Story Donald Trump,Impeachment,Mitch McConnell,Volodymyr Zelensky Send In (All of) the Clowns - The American Spectator | USA News and Politics
Menu
Hither and Yon
Send In (All of) the Clowns
If the Democrats are insane enough to send this moronic impeachment attempt to the Senate, let’s have the maximum Senate spectacle possible. 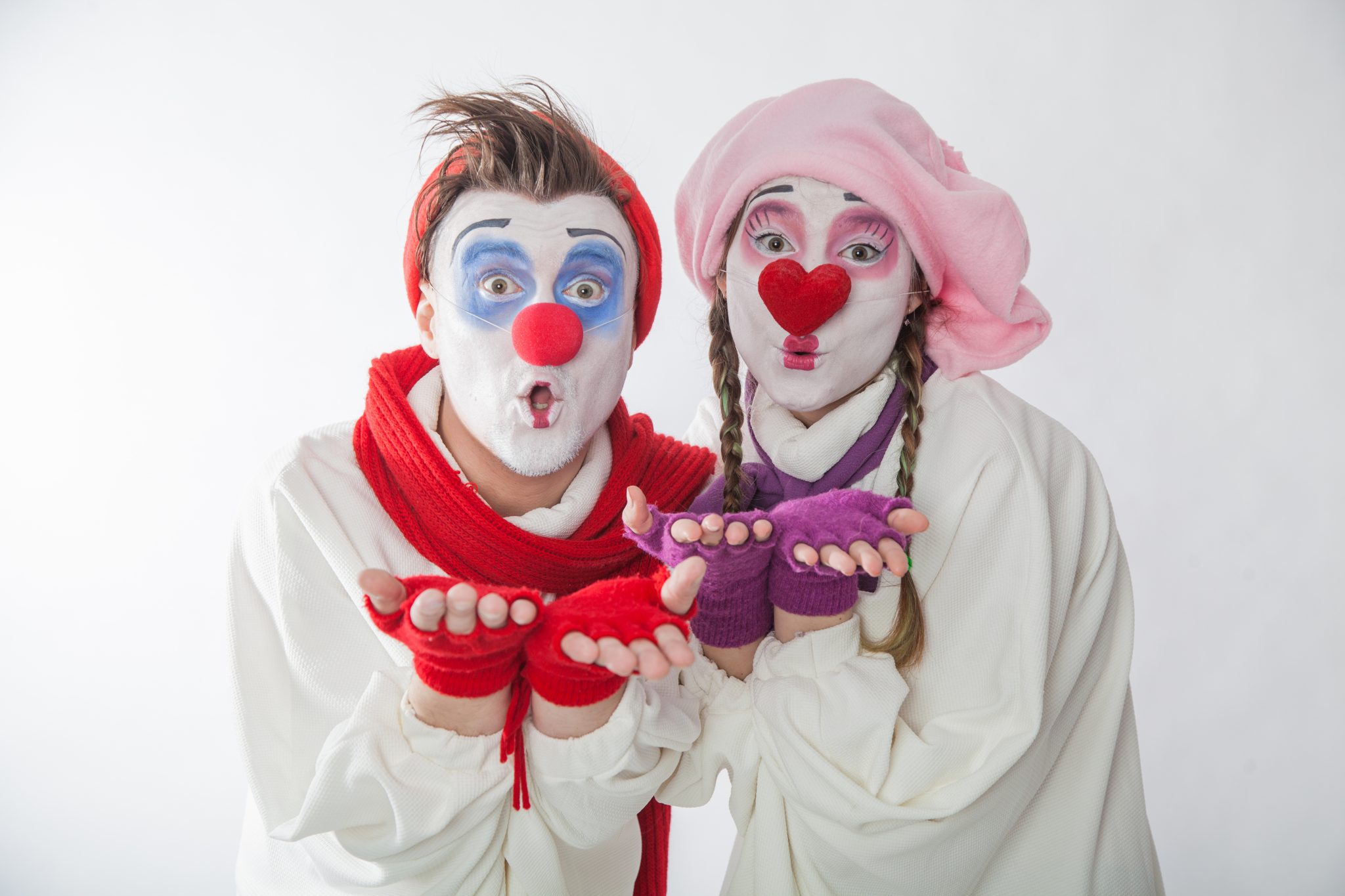 Sometime this week — the current schedule suggests it might happen Wednesday — a Democrat-majority House of Representatives will vote more or less purely along party lines to impeach President Donald Trump.

That impeachment, in the words of liberal Georgetown Law Professor Jonathan Turley, is not a case of the unknowable.

“It’s a case of the peripheral,” he said last week, testifying in front of a House Judiciary Committee with a majority of people from whom one should want to hide something valuable in a law book, as they would never look for it there. “We have a record of conflicts, defenses that have not been fully considered, un-subpoenaed witnesses with material evidence. To impeach a president on this record would expose every future president to the same type of inchoate impeachment.”

Word is that the Democrats have commitments from some 228 of their members to move an impeachment in which the articles define no specific crime, and the evidence presented has yet to prove a single act of malfeasance against a president whom the Horowitz report, outlining Justice Department abuses of power during a previous attempt to tar Donald Trump as impeachable, clearly showed has been unduly and maliciously assaulted by activists of the same political party as those promulgating the current impeachment effort.

It has long been accepted, as a matter of bipartisan political etiquette, that to move forward with an impeachment requires at least a patina of support across the aisle, and yet the Democrats — some of whose leadership is on record agreeing that impeachment requires bipartisan agreement — are going it alone. They’re going it alone in the face of polls showing that impeachment is a loser with independents and persuadable voters. And it’s getting worse, in the face of a defection from their side by the name of Jeff Van Drew of New Jersey, who on Friday dumped the “D” next to his name in favor of an “R” because, he said, impeachment was a dead letter for him.

These optics are bad, and they’ll surely get worse by the time the Democrats drag this thing across the Capitol to the Senate. But no, they’re nowhere near bad enough. They must get worse.

Because when this thing gets to the Senate, which it will by the weekend, Mitch McConnell and the Republican majority will need to make a decision about how much time and oxygen it takes up before it’s finally tossed into the fire, as it should have been weeks ago.

McConnell has made noises along the lines that the Democrats haven’t made a case worthy of his body’s attention and that impeachment is due for a quick death when it hits the Senate.

Let’s not be so hasty with the assassin’s treatment of the Trump impeachment.

After all, it’s no secret what brought this on.

We’re where we are because Hillary Clinton, whose campaign created this entire environment by weaponizing opposition research through drumming up the Fusion GPS–Steele dossier and feeding it through the corrupt Obama Justice Department, refused to accept rejection by the American people in the 2016 election, and Clinton’s partisans on the Hard Left have demanded that the Democrats sabotage and resist the Trump administration in every way possible, up to, and even occasionally including, mild violence.

And that Hard Left contingent, which now constitutes the majority of the Democrats’ House caucus, is in a position to dictate to Speaker Nancy Pelosi what comes of impeachment. Pelosi knows it’s a disaster and has known it for weeks, but she understands either she moves this forward, in which case she loses her speakership in January of 2021 after the American people turn Democrat House members out of office next year, or she loses it now if she does what she knows is the smart move and kills it.

So away we go.

This is illegitimate and contemptible conduct, the kind of rejectionism which belongs in Third World banana republics. But the failure of the rule of law persistent in a South Africa, Burma, or, dare we say it, Ukraine, is part and parcel of today’s Democrats. Jerrold Nadler would be perfectly at home in Johannesburg or Kiev, where expediency trumps long-standing rules and political goals are far more of a priority than societal ones.

Where are the clowns? There ought to be clowns.

Should there not be a hard lesson taught to these people? And should a rancid, nakedly political abuse of House power not be met with a righteous act of political comeuppance?

Of course it should.

McConnell’s wish to snuff the impeachment proceeding for the pointless and stupid political Sin of Onan that it is can certainly be justified, but we are in an age when naked political theater is what remains of statesmanship. And McConnell and the Republicans in the Senate need to understand that dragging us back to some semblance of decorum and restraint depends on punishing the lack of same by his counterparts in the House.

When your dog urinates on the rug, you rub his nose in it if you want to prevent such misbehavior in the future. And that’s what the Senate must do.

Don’t you love a farce?

Ted Cruz had this right. He said in an interview with Glenn Beck last week that President Trump is an American citizen entitled to a defense should he go on trial for his office.

And if Donald Trump believes his defense must revolve around proving the presence of a partisan Deep State that has been attempting to sabotage his presidency even before he won the 2016 election, then by God, Donald Trump ought to be entitled to such a defense.

The show must commence even — or perhaps especially — if it means that Ukrainian President Volodymyr Zelensky were to request to testify. Zelensky would be the first foreign leader to testify at an American impeachment trial, and his testimony would certainly be of interest. What might he say? Perhaps that everything the House impeachment managers say is a lie, that Trump didn’t pressure him, that no aid was held up, that to date there has not been any extraordinary investigative activity done with respect to the Bidens’ corruption, though that is changing due to unrelated events taking place (namely Burisma Holdings’ CEO, who put Hunter Biden on that company’s board, having absconded with several billion dollars), and that Ukrainian actors involved with that country’s previous regime did act on behalf of the Hillary Clinton campaign during the 2016 election.

Zelensky has already made public statements covering every item of the above. Should he testify, which should not be a major surprise if the trial proceeded in full, it will be the single most embarrassing spectacle a political party in any country has ever suffered.

What are the Democrats going to do then? Accuse Ukraine of meddling in the 2020 elections?

Trump is entitled to a defense even if that means the impeachment trial lasts three or even four months. That would be entirely, sorrowfully unfortunate, seeing as though it would likely be late January before such a trial could reasonably begin, and a lengthy impeachment trial would coincide with the Democrats’ presidential primaries in a way that might cause inconvenience.

Specifically, that four of their candidates — Liz Warren, Bernie Sanders, Cory Booker, and Amy Klobuchar — are senators and would therefore be unable to take to the campaign trail. And a fifth, Joe Biden, would be unquestionably just as much on trial as Trump would be.

Such a trial would perhaps conclude in, say, early May — upon which time some 40 states will have had Democrat presidential primary contests. If McConnell were to close up the impeachment shop on April Fool’s Day, only 28 of those primaries would be held. But one can’t be certain that Trump’s full defense could be conducted in so short a time as two months. It’s much better, and safer for the future of the Republic, that a three-month impeachment trial be held in the Senate — in the interest of due process, and so forth, particularly given the questions raised on that score by the Democrats’ hasty and intemperate conduct of their impeachment circus.

And if what comes of a full impeachment trial, the kind of proceeding the Democrats have already demonstrated their fear of, given the reaction to McConnell’s statements to the effect that he’s having conversations with the administration about the trial’s format, is information that thoroughly destroys the credibility of today’s Democrat Party, then, well, them’s the breaks.

Send in the clowns. Send in all of them. On the other hand, don’t bother; they’re here.