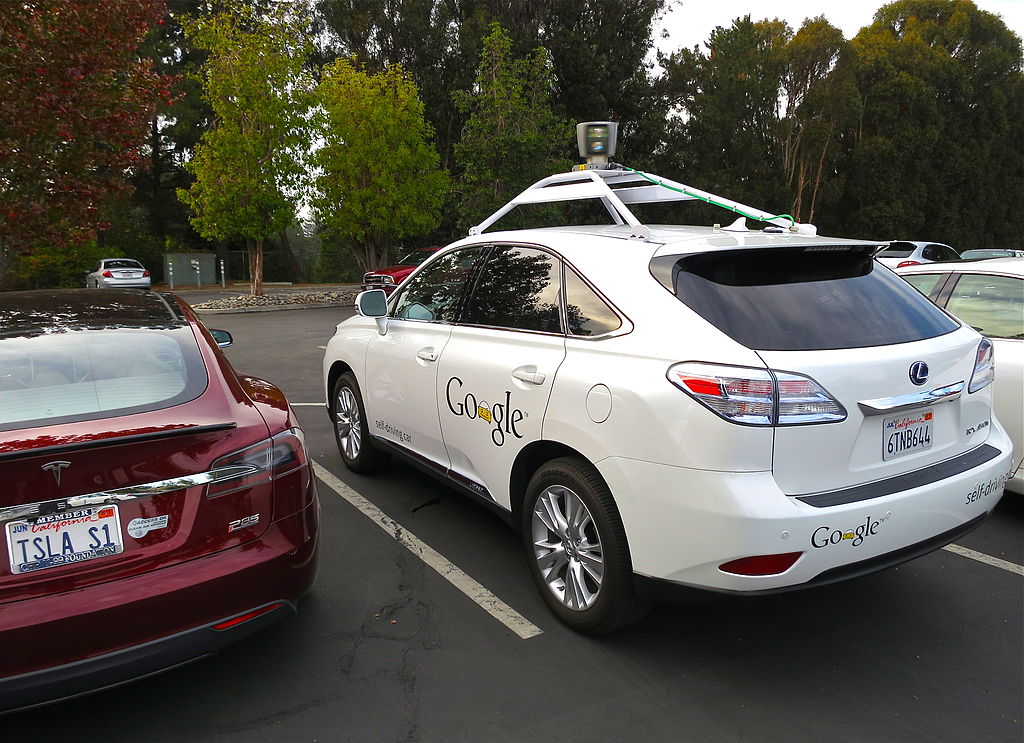 I’ve always been a voracious reader of science fiction. In 1977 — the year that brought us Star Wars: A New Hope, Close Encounters of the Third Kind, and The Island of Dr. Moreau — I dreamed of how the technology I saw on-screen might someday solve the terrible problems I faced that hot summer in New York.

A few mornings a week, I had a side job unloading tractor trailers full of eggs from states south of New York. Each truck had around 800 cases of eggs, with 32 dozen eggs in each case. In early July, the distribution facility owner asked me to fill in for a week driving a delivery truck on a route serving grocery stores and Dairy Queens in Brooklyn, Queens, and Nassau County, Long Island. I was game. I trained for a day with the regular driver, then loaded up a ten-gear delivery truck.

It was much harder than I’d anticipated. I knew how to drive a stick shift, but I struggled with the friction point on the clutch, and ten gears were a challenge. I frequently got lost despite my paper map (I was not born with the navigation gene). And backing up to each Dairy Queen was unbelievably stressful — even today, I break into a sweat when I have to back a compact car into a tiny parking space.

On the evening of July 13, 1977, New York City suffered a massive power outage after lightning struck two power plants. The next morning, when I started my Brooklyn and Queens delivery runs, I realized all the traffic lights were out. I didn’t know whether to stop at intersections, so I plowed forward in the hopes that the truck’s size would give me some priority and protection.

The blackout lasted more than twenty-four hours. Making deliveries that week was a stressful blur. By the end, I had stripped the gears, ruined the clutch, clipped store structures, and even missed a few deliveries. I hated feeling incompetent, disoriented, and lost. I dreamed of a technology that could set me straight.

A few years later, with a law degree in hand, I had my chance to help realize that dream. RadioShack asked me to help secure government approval to allow commercial use of military signals from Global Positioning System (GPS) satellites. For consumer-grade GPS to take off, we needed a change in the nonmilitary use of the signals from more than a dozen feet of degradation to near-total accuracy. Today most vehicles and smartphones include robust navigational and location devices — innovations that would have saved me a lot of blood, sweat, and tears in the summer of ’77.

Soon enough, however, our cars will undergo an even more dramatic transformation. Thanks to the work of ninja innovators — people who embody the resilience, drive, and creativity that will power our future — self-driving cars are entering the market, bringing about a full-scale automotive revolution. The vehicles of tomorrow are sophisticated robots, equipped with hundreds of sensors and many rely on 5G connectivity for real-time information to assist split-second decision making in critical, life-or-death situations.

Vehicle accidents claim more than 37,000 lives every year just in the United States. More than one million people die globally in traffic accidents, and many more are seriously injured. Distraction-related accidents — caused by everything from daydreaming to eating to texting to applying makeup — are part of the problem: In 2016, more than 10,000 people died in the United States in accidents related to impaired driving. If 94 percent of U.S. traffic accidents are caused by human error, then drastically reducing human error with self-driving technology saves lives, prevents injuries, and makes our roads safer.

Self-driving cars will also save us money, cutting the cost of insurance, licensing, and repairs. Multinational insurance agency Aon estimates that self-driving cars could lead insurance companies to lower premiums by 40 percent or more. A Ruderman Family Foundation report forecasts savings of $1.3 trillion from the increase in productivity, decrease in gas expenses, and drop in accidents.

Self-driving cars will free up time spent in traffic or searching for parking spaces. They’ll also boost productivity, increase fuel efficiency, and eliminate many traffic snarls. Think of all the other things you can do in the car if you’re not focused on the road: catch up on your email, prepare for your first meeting of the day, pour over the day’s headlines, maybe even finish up those outstanding expense reports. And perhaps most exciting, self-driving technology will unlock new sources of productivity and generate new avenues for economic growth, particularly for the 20–30 million Americans who are kept off the roads due to physical disability, according to a report from Waymo, as well as the 16 million Americans over the age of sixty-five who have little or no access to public transportation, according to the Institute for Highway Safety. Self-driving cars will grant new independence to these individuals, giving them the ability to enter the workforce and contribute to their local economies and societies and the freedom to travel to work, medical appointments, community events, and family gatherings. According to the Ruderman report, self-driving cars could open employment opportunities for two million people with disabilities.

With these possibilities on the horizon, it’s no surprise that three-quarters of consumers are excited about self-driving cars, and two-thirds say they’re willing to trade out their current vehicle for a self-driving one. But as this technology gains speed, some have called on regulators to put the brakes on self-driving cars in the wake of two fatal accidents. In March 2018, the first pedestrian fatality involving a self-driving car sent shock waves across the world. Even with so many precautions taken, and so many test trials run, a life was lost. Several days later, the industry was rocked again: A driver in California was killed when his car crashed while in autopilot mode.

Consumers have — quite rightly — called for increased scrutiny and greater accountability. And we owe it to them to fully investigate every self-driving fatality. Only an ongoing, transparent discussion will create a framework that combines consumer safety, company accountability, and flexibility to advance self-driving technology and prevent future tragedies. A key part of that conversation requires acknowledging the difficulties inherent in technological disruption. It also requires acknowledging the skepticism that inevitably accompanies this disruption. Consider, for instance, that whenever a self-driving vehicle is involved in a fatal accident, media coverage is wall-to-wall. Yet fatalities in standard cars — whether caused by technical or human error — are so commonplace they often receive little to no coverage.

Disruption, with all the change, uncertainty, and sometimes pain it can bring, is not always easy to accept. But our nation has a long and proud history of confronting our fears and harnessing disruption to create a safer, fairer, and more accessible world.

Adapted from the new book NINJA FUTURE: Secrets to Success in the New World of Innovation by Gary Shapiro. Copyright © 2019 by Gary Shapiro. Published by William Morrow, an imprint of HarperCollins Publishers. Reprinted by permission.