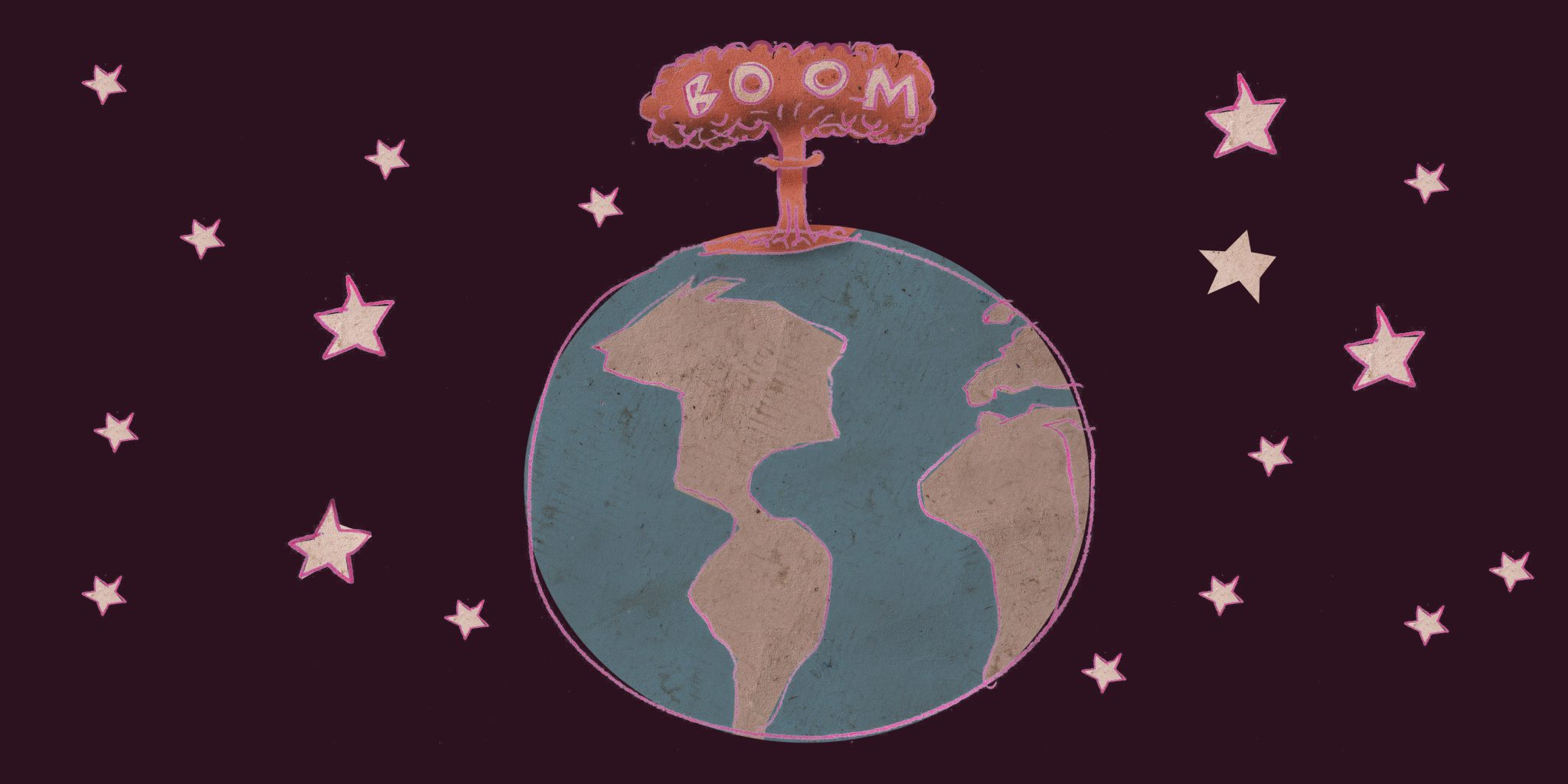 You can’t be reading this column, because the world has ended today. It was nice while it lasted. And if you are reading it, then Nostra-Damus got it wrong again, making him the prophet who has predicted the Apocalypse the most times without being right, after Al Gore. The Mayans also fall into that ranking of false prophets, you know, those guys in loincloths who were ripping each other’s hearts out until Christopher Columbus came along and banned it, which is why human rights advocates are now tearing down statues of him. We don’t know if their plan includes us all ripping out each other’s hearts again, but that would perhaps fit into Nostra-Damus’ prediction of a “zombie apocalypse,” which is something of an apologetic version of the Democratic Party’s Congress. As for people in loincloths, that’s already happening at any Super Bowl festival.

The world has ended today, Saturday, June 27, 2020, and I couldn’t be happier because this Monday my HIIT training sessions were to begin at the gym. The only thing I regret is that I didn’t spend the $300 they cost me on beer. Also, thanks to this timely end of the world I don’t have to put the six-foot pile of dirty pots and pans currently stacked in my sink into the dishwasher anymore. Last night, when I checked, the cups that were toppling over the edge of the sink had gone on a hunger strike, demanding freedom for those immersed in a quagmire of water, forks, and sanitizing gel. As a writer, this week I had to revise the galley proofs of my next book with my publisher’s deadline looming overhead. If you’ve never been through this ordeal yourself, you will never quite understand how much chaos can engulf an author’s home at such a moment.

Yesterday I found a handful of pages with corrections inside a drawer in the fridge. It seemed so remarkable to me that I didn’t dare move it. I am usually a strong advocate of freedom of the press, so I never touch any documents that have decided to wander around my home. Two hours later, I discovered lettuce in the filing cabinet. I told my editor, and he said I needed a vacation. So I asked him for an advance to go on vacation. His reaction was immediate: “You don’t need a vacation.” Sometimes I find myself staring at him wishing I was a pre-Columbian Mayan surgeon.

Actually, I don’t even know why I am going over the proofs of a book that is due to be released in October. Nostra-Damus predicted a big natural disaster for June 28, and it is still not certain he wasn’t referring to Nancy Pelosi. It seems to me that the eloquence of the French prophet is beyond all doubt. The guy left us all of this in verses of overwhelming clarity:

By the heat of the sun rising from the sea

The inhabitants will come to eat them

When Rodi and Gennes will be missing the cake.

First of all I would like to express my sympathy for Rodi and Gennes, to whom Nostra-Damus unfairly denies any cake, thus condemning them to hunger. The similarities between Nostra-Damus and Nicolas Maduro are striking. And secondly, I’m intrigued as to why Negroponte’s fish remained half-baked. Perhaps the French prophet is no better a cook than he is a futurologist. In any case, encouraged by the effectiveness of his poetic prophecies, and after consulting the faeces of a young spider, I have seen fit to make my own prediction:

When the snail’s antennae tremble

And Great Crane scratches the sole of his foot profusely

The horse will crush an orphan ant

While Rodi and Gennes will obsessively search for their cake.

Indeed, I’m sure you’ve guessed it already: it’s the results of the upcoming presidential elections.

In the small print of Nostra-Damus’ texts I have also found a prophecy about the state of my house this week: “then a monster will be born from a hateful beast / March, April, May, June, a large skeleton and grime.” This verse can also be translated as “in June, grime,” a clear allusion to my room.

As I finish writing these lines, the end of the world is TT on Twitter, which is undoubtable confirmation of its credibility, as the same phenomenon has been witnessed on all previous occasions on which Nostra-Damus, the Mayans, or Leonardo DiCaprio have predicted the apocalypse. Users firmly believe them, and even provide further evidence, pointing out the extraordinary events and irrefutable signs of the end of our era, claiming, “Coronavirus is just the start,” “It’s just like Greta said,” “Yesterday I felt an earthquake in my town,” or “Miley Cyrus has announced that she’s going to pose fully clothed.”

Congratulations are in order to all the progressives who strive to make God disappear from public life to replace him with inspiring memes by Alejandro Jodorowsky, Paulo Coelho, and other famous mushroom munchers. As they try to muzzle the faith of the people, people are finally believing in things that are actually true, like Nostra-Damus’ cake, Samhain, Mayan divination, unicorns, and Bolton’s memoirs.

Itxu Díaz is a Spanish journalist, political satirist and author. He has written nine books on topics as diverse as politics, music or smart appliances. He is a contributor to the Daily Beast, the Daily Caller, National Review, the American Conservative, the Federalist, and Diario Las Américas in the United States, and columnist for several Spanish magazines and newspapers. He was also an advisor to the Ministry for Education, Culture and Sports in Spain. Follow him on Twitter at @itxudiaz or visit his website www.itxudiaz.com.