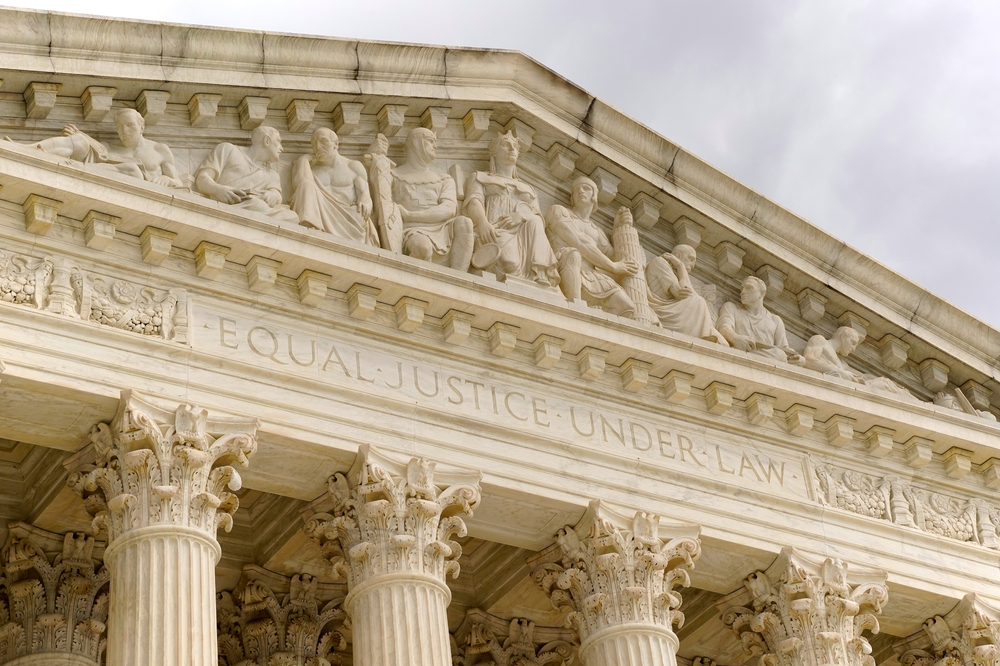 Oh, what a fine few weeks it has been for this American Jew to see some light in the darkness. As America reels under the siege of Democrat Marxism, we get four victories from our American patriots on the Supreme Court. We get some life and liberty restored to this great country.

Our culture of life was reinvigorated as Roe was gutted for the second time — this time, unlike in Casey, to restrain not enhance the killing. With the end of foul Roe and Casey, the culture of death brought to us by the Democrat Left was dealt a blow. But we must be realistic: it is still with us. Any American woman who chooses to abort a baby for almost any reason will still be able to so, with the inconvenience of at most a short bus or train ride. Democrat Marxists in their blue states will still work to enshrine in state law the allowance to kill a child until minutes before birth, and even commit infanticide. Then they can again celebrate the barbarism with lighting up the Empire State Building or “shouting” their abortion. But it is also time to celebrate. A great battle was won. Tens of thousands of children will now be given the sacred and precious gift of life in our red states, those that reject the unrestrained killing of our most innocent people. And hopefully, in these states, our American, Judeo-Christian values of faith, compassion, and rationality will prevail, whereby abortions will still be allowed for the few tragedies that beset an unborn child or mother facing great harm. All this is good — not perfect, but very good. (READ MORE: The Roe Decision Won’t Save the Democrats)

We also got some of our God-given liberty back with the Second Amendment New York state case. The court returned to us the fundamental American and Jewish notion that man cannot be truly free when he cannot protec­­t himself from the barbarian in his home as well as the one out on the street. What an homage Ju­­stice Clarence Thomas in his majority opinion gave to us Americans. He gave deep honor to the memories of those young American soldiers lying in the dirt in Normandy — men who died in part to defend for all good, red-blooded Americans the dignity and freedom to carry a gun in and out of the home. He also honored the memories of millions of murdered Jews lying in the dirt of Europe, just beyond the shores of Normandy, who had no powerful gun to reach for when the monsters of the tyrannical State came for them. He and five of his colleagues sent the message again that we Americans are free and will never confront tyranny disarmed and unable to fight back.

Two more decisions came out recognizing our core, God-given liberties: the Washington state high school football coach prayer case and the EPA case. Our justices reconfirmed that this is not a country with a wall blocking and separating Judaism and Christianity from the public square. It is not a country, as those on the Democrat left argue, open only to radical secularism in our public spaces, our schools, and government offices. It is a Judeo-Christian land where expression of our religion, all religions, is welcome in and vital to civil life. (READ MORE: Praying Coach Wins Supreme Test in String of Religious Liberty Wins)

And the EPA decision — what a breath of the fresh air of liberty. Now the Marxist Democrats are on notice. No longer can they assume to keep building this massive, unaccountable administrative state with tens of thousands of unelected bureaucrats ordering us to march in lock-step to their tyrannical laws. That’s Cuba, Venezuela, China, Iran, and North Korea. This is America, and we the citizens run our own lives here. We do so by electing our lawmakers or throwing them out of office if we reject their edicts. (READ MORE: The American People Won in West Virginia v. EPA)

What a gift these weeks have been. Much like the Jews who received a double blessing of manna before each Sabbath in the wilderness, we Americans got two double blessings as we travel through our own dark wilderness of Woke, nihilistic, Democrat Marxism. So, as we American Jews do on our Sabbath, lovers of liberty and life should give thanks to God, who has brought us these fine, brave, wise justices onto the Supreme Court to provide such blessings these weeks. We still wander and fight in America, and our precious land is still under assault from the evils of the leftist ideology that has taken over almost all of our institutions. But some battles were won this past week. Patriots should be thankful.