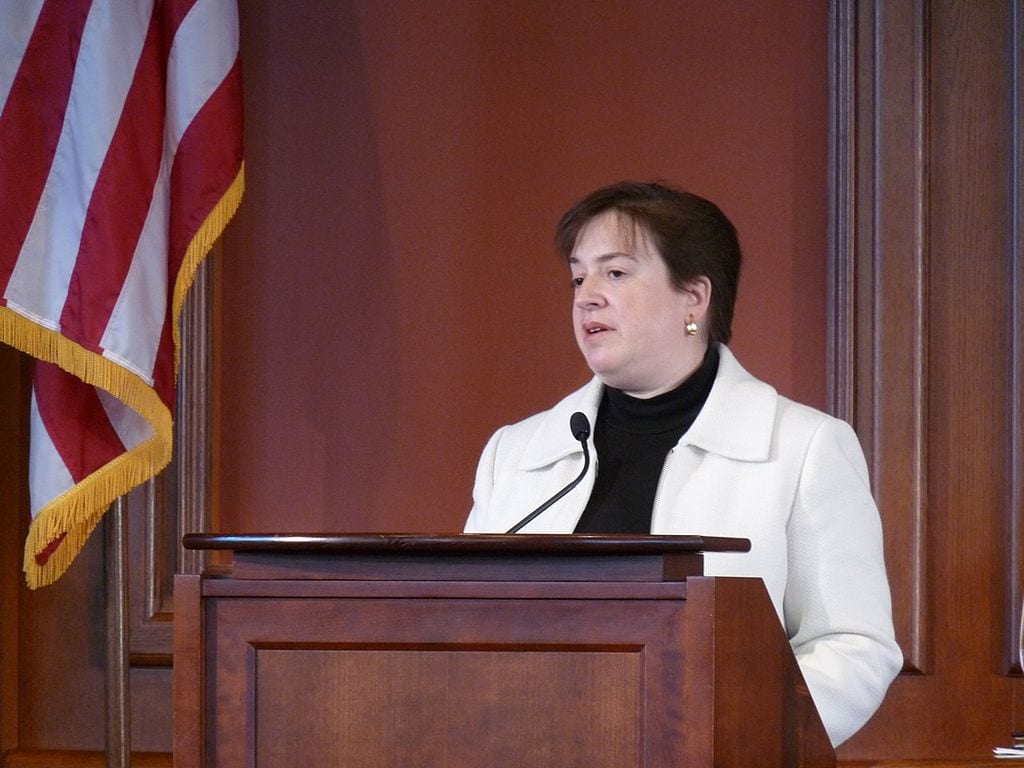 The U.S. Supreme Court has denied a petition by Planned Parenthood to review an Arkansas statute requiring a provider of abortion-inducing drugs to have a contractual relationship with a doctor who has admitting privileges at a hospital. The point of the law is to assure that, if a patient has an adverse reaction to some abortifacient, there will be a physician and a hospital available to provide appropriate medical treatment.

No doctor was crazy enough to clean up behind Planned Parenthood, however, so the abortion mill sued. A district court did enjoin the statute, but that injunction was vacated by the 8th U.S. Circuit Court of Appeals. Inevitably, SCOTUS found Planned Parenthood of Arkansas & Eastern Oklahoma v. Jegley lying on its doorstep. But the justices declined to take this legal orphan in, rejecting it without comment.

That may be a harbinger of worse things to come for the abortion industry. The Court is expected to rule soon on a high profile case whereby the petitioners have challenged a California law that requires crisis pregnancy centers to post information about the availability of free abortions. The basic mission of the centers is to discourage abortions, so they believe the law violates their First Amendment free speech rights.

The abortion industry is engaged in an ongoing propaganda campaign against these enterprises, labeling them fake women’s health centers, “run by anti-abortion, often religious organizations, that target pregnant women.” It isn’t exactly clear why it’s so sinister for a pregnancy crisis center to focus on pregnant women. Nor is it immediately obvious how holding religious or anti-abortion views renders them illegitimate.

This is Big Abortion, however, and anyone who threatens its huge income stream is a target. So, when the crisis pregnancy centers started popping up in the Golden State, the abortion lobbyists went to work. The result was the Reproductive Freedom, Accountability, Comprehensive Care, and Transparency Act, or the Reproductive FACT Act. Lea Patterson and Joseph Bingham provide this description of the law in the Hill:

The so-called “Reproductive FACT Act” requires pregnancy care centers providing licensed medical services to post prominent advertisements for state-subsidized abortion in their waiting rooms or directly to patients.… Even non-medical pregnancy care centers — the ones focused on clothing, feeding, and diapering newborns — are compelled to convey the government’s message, or refrain from advertising.

This is “compelled speech” and, as Patterson and Bingham point out, it is just as impermissible under the First Amendment as censored speech. This argument obviously had enough merit to interest the Court, which took up NIFLA v. Becerra last November. The justices heard oral arguments in March. And California’s lawyers got a rougher than expected ride from the justices, as Amy Howe reported at the time:

By the time the oral argument ended this morning, California’s law seemed like it could be in real trouble. And although we normally think of the Roberts court as being closely divided on high-profile cases, today’s argument suggested that the ruling might not necessarily be a close one. The justices could ultimately decide to strike down part or all of the Reproductive FACT Act.

Interestingly, in addition to predictably tough questions from Justices Alito, Kennedy, and Gorsuch, the Golden State’s attorneys were forced to deal with trenchant inquiries from Justice Kagan. She evidently shared the concerns expressed by her colleagues that the law had been deliberately fashioned to target anti-abortion facilities while providing exemptions for other healthcare facilities. Even Justice Ginsberg piled on:

Justice Ruth Bader Ginsburg joined the fray. She asked Klein whether, if the state had enacted the law to address the problem of crisis pregnancy centers providing incomplete or inaccurate information, California had ever filed charges against a center for “false and misleading advertising.”

The answer was, “No.” And it was doubtless painful to provide. But the requirements of the statute are so manifestly unfair that an honest advocate doesn’t have much ammunition to defend it. The state’s lawyers had to admit that, if a crisis pregnancy center put up a sign that contained no more verbiage than “Choose Life,” it would be forced to include a 29-word notice about the availability of free abortions elsewhere.

This is obviously an undue burden and that point will not have been lost on many of the justices. In reality, despite the best efforts of California’s lawyers, the “Reproductive FACT Act” is indefensible. One hardly requires the legal sophistication of Justice Kagan to see that the law was indeed written at the behest of the abortion lobby with a specific group of anti-abortion targets in mind. It should be struck down.

But oral arguments are something of a performance art. They don’t really tell us much about what the Court will decide. When Obamacare made its debut before SCOTUS, the government’s lawyers were ruthlessly strafed by the majority of the Court. The law’s defenders were despondent after that performance. Yet, in the end, fear and ideology won the day. The justices may do the right thing this time. Hope springs eternal.