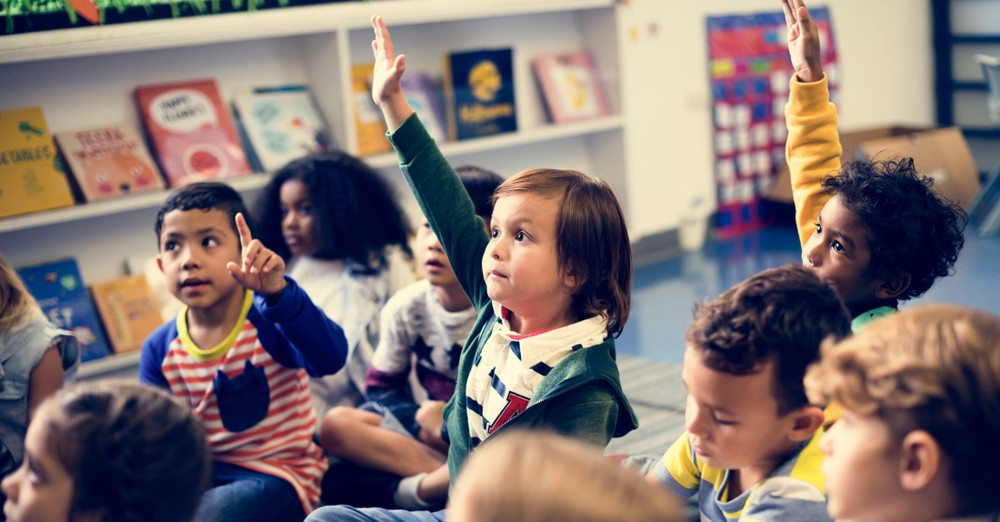 Our country is headed towards a crisis. A new class of racial profiteers have descended upon our classrooms — looking to refashion our schools’ curricula and infuse them with radical ideology while lining their pockets.

On June 11, 2020, days after the death of George Floyd in Minneapolis, hundreds of miles away in Eanes Independent School District in Austin, Texas, senior adviser Linda Rawlings, a former principal, wrote to a Columbia University Professor Mark Gooden, to ask if he’d lead an August staff webinar on “implicit bias.”

The top-rated school district has one high school, six elementary schools, two middle schools, and about 8,000 students, an estimated 97 percent of them white. Rawlings wrote that she was looking for a “dynamic, knowledgeable” speaker for the webinar. Eanes Elementary School Principal Lesley Ryan had recommended Gooden, an academic under whom she had once studied. Gooden responded quickly that he would “love” to meet.

On July 15, Rawlings wrote Eanes School District Superintendent Tom Leonard saying Gooden would lead “our work” on “racial awareness.” According to documents released in a public records request, what started as a conversation about a one-time webinar quickly morphed into a one-year contract with a hefty price tag: $170,500 — or the annual salaries of three new teachers. It was paid at a time when the school district refused parent requests to spend money on a crossing guard at a busy intersection in front of Eanes Elementary School.

The fee includes a $3,000 monthly retainer for 10 months of occasional coaching and $5,000 for a one-hour Zoom “keynote” address — with no bids from other potential contractors.

Rawlings said in her memo, “While his price might seem high, the breakdown of what we are getting for that cost is very fair.”

This big business of consulting to K-12 schools is anything but “very fair.”

From Eanes Independent School District to school districts across the country, activists and a new class of educational elites are hijacking our kids’ education to implement a new ideology, all while making a tidy profit.

Like marriage therapists who instruct clients to do the “work” to save relationships, these consultants sell the big business of woke “work” to school district leaders eager to virtue signal — at the expense of taxpayers. Worst of all, the “work” is infused by consultants, who call themselves “equity warriors,” with the toxic ideology of critical race theory, which labels white people as “oppressors” and black and brown people as “oppressed.” It’s a form of racial Marxism that pits child against child in a tribal war of fear and resentment.

Over the past year, I saw critical race theory creep into my son’s high school in Fairfax County Public Schools, near the nation’s capital. Last August, the school district spent $20,000 for an hour-long video call with “antiracist” author Ibram Kendi and doled out another $24,000 for his books. Last week, teachers at my son’s school taught “socio-emotional learning” straight from the multimillion-dollar organization Black Lives Matter. Meanwhile, the Naperville Independent School District spent $14,500 last month for a one-hour video with a consultant, Dena Simmons, who shamed white teachers.

We are facing a national crisis in which school officials are misspending precious resources for divisive, racist ideas. That’s why I recently joined other parents in launching a new organization, Parents Defending Education, where we will empower parents and lead investigations into critical race theory in our K-12 schools. We are following the money with public records requests and documenting incidents on a map we’re calling IndoctriNation. We’ve chronicled 71 cases, and we’re investigating hundreds of new incidents.

As Americans struggle with the economic crisis of lost jobs and students battle depression, isolation, and brain health issues from isolation and remote learning, the last thing we need to be doing is lining the pockets of consultants who parachute into communities with their template PowerPoint slides and “participatory action research.”

The new racists have set their agenda: the indoctrination of our children and the pilfering of the public coffers. Parents Defending Education will be standing in their way exposing racist policies through litigation while engaging and empowering parents to fight back on behalf of their children.

Asra Q. Nomani, a former reporter for the Wall Street Journal, is vice president of strategy and investigations at Parents Defending Education. There, she is editor of a digital map, IndoctriNation, chronicling critical race theory in K-12 schools. She can be contacted at asra@defendinged.org and @AsraNomani on Twitter.