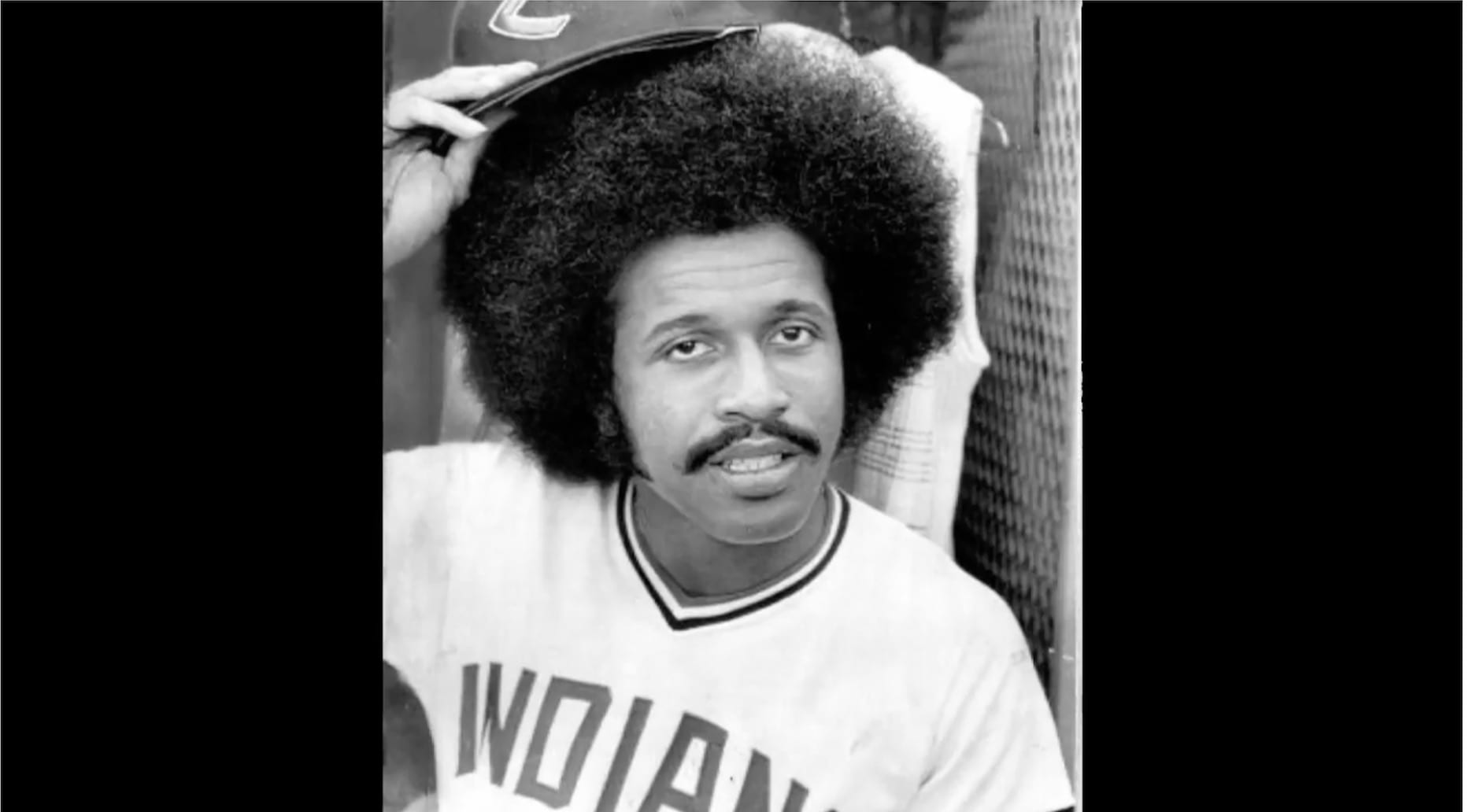 Gamble played for seven teams over 17 MLB seasons. He belted 200 home runs, boasted almost 1,200 hits, and notched a .265 career batting average. He cut an unusual picture in the batter’s box, knees deeply bent, back hovering almost parallel to the ground, and face just above the strike zone but directly over the plate. He perfectly summed up ’70s Yankees dysfunction in 11 short words: “They don’t think it be like it is, but it do.”

But who thinks first of any of this when he first thinks of Oscar Gamble? We remember him for his glorious hair, which brought an ABA flair into a staid and tradition-bound sport.

Nobody wore the ’fro better than the Big O. Sure, the man butchered the English language, prolonged his career through the good fortune of the designated hitter rule and the short right-field porch in Yankee Stadium, and never appeared in an All-Star Game or won a World Series ring. But the man deserves his spot as the Babe Ruth of the Afro.

Super Sky Point to Oscar Gamble and the most legendary afro in baseball history. This one hurts. #RIP pic.twitter.com/pyJMQ240fw

And for him to do make it look so good in pinstripes says so much about Oscar Gamble. It’s one thing to wear an afro in White Sox softball uniforms or multicolored Astros pullovers. But to do so while donning the same getup that Mickey Mantle, Yogi Berra, and Lou Gehrig wore puts him ahead of the Bake McBrides and Garry Maddoxes.

This is the franchise that made Johnny Damon cut his locks and shave his beard. Its infamous owner instituted a barber-shop fascism of sorts when he took over in 1973. But somehow, someway, Oscar Gamble’s Samson escaped George Steinbrenner’s Delilah.

And there’s something so natural about Gamble’s natural, particularly when juxtaposing him with Randy Moss, Allen Iverson, and other athletes who sported, however briefly, the afro. He does not look like he wants to make any other statement with the haircut other than: this is me.

Gamble, who never chewed tobacco, died Wednesday of a rare cancer of the jaw. This seems like a perfectly unconventional, Oscar Gamble way to go out.

Gamble lives on most colorfully on his baseball cards. His afro, caged by his cap atop his head, escapes magnificently on the sides of his hat on the front of his famous 1976 Topps card. In a Cleveland Indians uniform, Gamble, on the multicolored 1975 Topps card whose design tops all other Topps, sports his unconventional do while posing in a conventional batting stance. By his 1983 Fleer, the times, and the tonsor, had tamed Gamble’s mane.

But baseball cards, unlike baseball players, live eternally in shoeboxes and under plastic sheets. Adults who encroached upon a kids’ passion looked to the back of the card to dictate its value. But kids preferred the action on the front. And even when Oscar Gamble posed, he looked like where the action was.

Oscar Gamble passed at 68 this week. Sixty-eight years from now, in the back of a garage or hidden in a dusty attic, some kid discovers an Oscar Gamble baseball card, hopefully from the mid-1970s, and glimpses the history of baseball, which, of course, involves numbers, but also, as Steve Lyons, Dock Ellis, Mark Fidrych, and so many others prove, relies on personalities.

It takes a big personality to escape from under those little pinstripes.