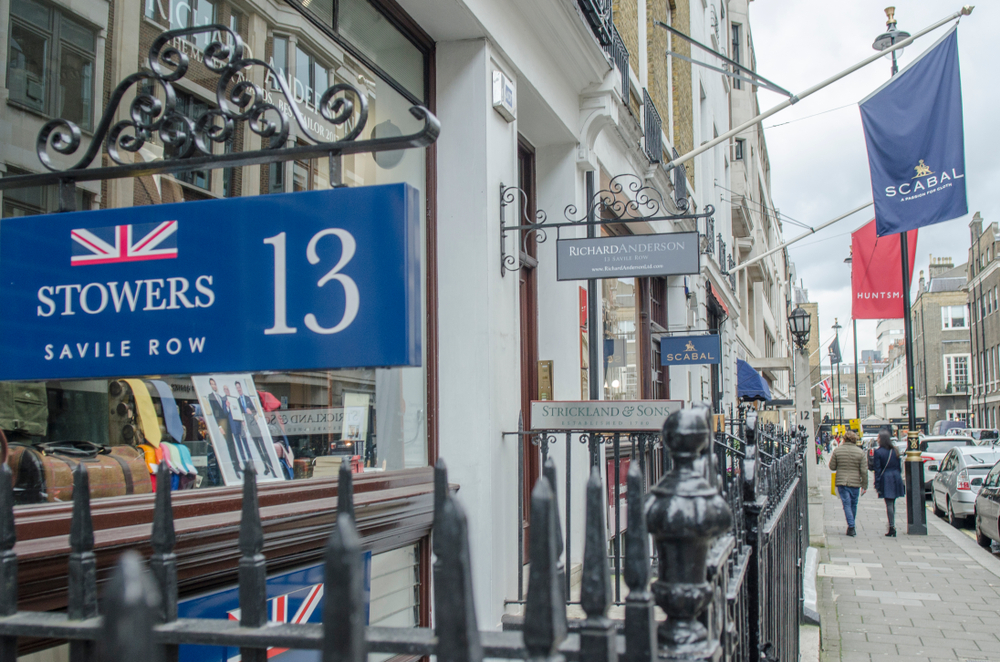 Good taste is in free fall. Also in free fall are manners, protocols, and formality. And London’s Savile Row, the Valhalla of all things sartorial, is the latest battleground.

Good taste has been in decline for years. The backward baseball cap, once the accoutrement of Sherman Lollar, who played for the Yankees and White Sox, among others, is now a symbol of casual resistance — especially if worn in an elegant French or Italian bistro. Coupled with a garish T-shirt that signals virtue or machismo, it says, “Hey, notice me, I am in rebellion.” As I have recently written for Gateway House of Mumbai (the Indian Council on Global Relations), “you guys” is now the accepted way to address mixed company of elders and peers. And instead of saying, “You’re welcome,” “No problem” has emerged as the new patois.

As I also suggested in The American Spectator years ago, barbarism is the new civility. Like the symbolic river in Hermann Hesse’s Siddhartha, global dumbing flows and flows like an immutable cosmic force.

The latest potential casualty of global dumbing is the venerated Savile Row, an elegant street of haberdashers in London’s Mayfair that connects to Regent Street — developed in the early 18th century. Over the years, Savile Row has equipped parliamentarians, landed gentry, and royalty with sartorial kit. Bespoke suits and blazers, hacking jackets, and morning dress are among its core competencies. Were Beau Brummell, the early-19th-century adjudicator of fashion and officer of the 10th Royal Hussars with us today, he would be a habitué of Savile Row.

Crowds of anti-establishment millennials may soon descend upon Savile Row, like thousands of zebras migrating through Kenya’s Masai Mara.

As recently reported in the Wall Street Journal, London’s Westminster City Council will be reviewing plans of Savile Row’s major landlord, owned by the Norwegian state-owned investment fund, to demolish part of the street and construct mixed-use properties comprising tailors, retail shops, restaurants, and offices. Indeed, oil monies from the Norwegian continental shelf may ultimately displace several hundred years of English history and tradition. As you would expect, the time-honored tailoring establishments such as Huntsman & Sons, as well as the recently founded firm the Deck, whose brand is aimed at elegant women, are feeling quite threatened. Another establishment advises that the plans would be “completely changing the profile of the street,” also referring to the “demise of Savile Row.”

It is not hard to imagine what a mixed-use design would look like. Assuming the survival of Huntsman, for example, an internet café — possibly Starbucks — could rent some adjacent space. Convening there would be hordes of young socialists toting latest-generation iPhones, sporting Nike sneakers or Allbirds made of eucalyptus fiber — congregating to denigrate democratic capitalism, furiously multitasking in the process, dispatching texts at close to the speed of light to each other across the table. Crowds of anti-establishment millennials would soon descend upon Savile Row, like thousands of zebras migrating through Kenya’s Masai Mara. Fast food outlets might soon follow, and Arby’s “We have the meats” slogan would be pronounced with a British accent decidedly not of the Oxbridge portmanteau.

It is not as if the threat to Savile Row was unpredictable. As I wrote in The American Spectator, the American, preppy, flagship firm Ralph Lauren Corp. has been struggling in recent years and is in need of reinventing itself: The company’s stock price is currently about where it was five years ago. While the driving factors have included brand confusion, corporate culture, overbuilt distribution channels, and pricing, another theme — anti-elitism — has been very much in vogue. Today’s younger generation does not have much use for schoolboy emblems, blazers with piping, and Nantucket red shorts. And populism does not embrace whale pants and duck belts.

It is too soon to predict the demise of Savile Row with certainty, but its celebrated tailoring establishments may need to adjust to the times — bespoke hoodies, anyone?