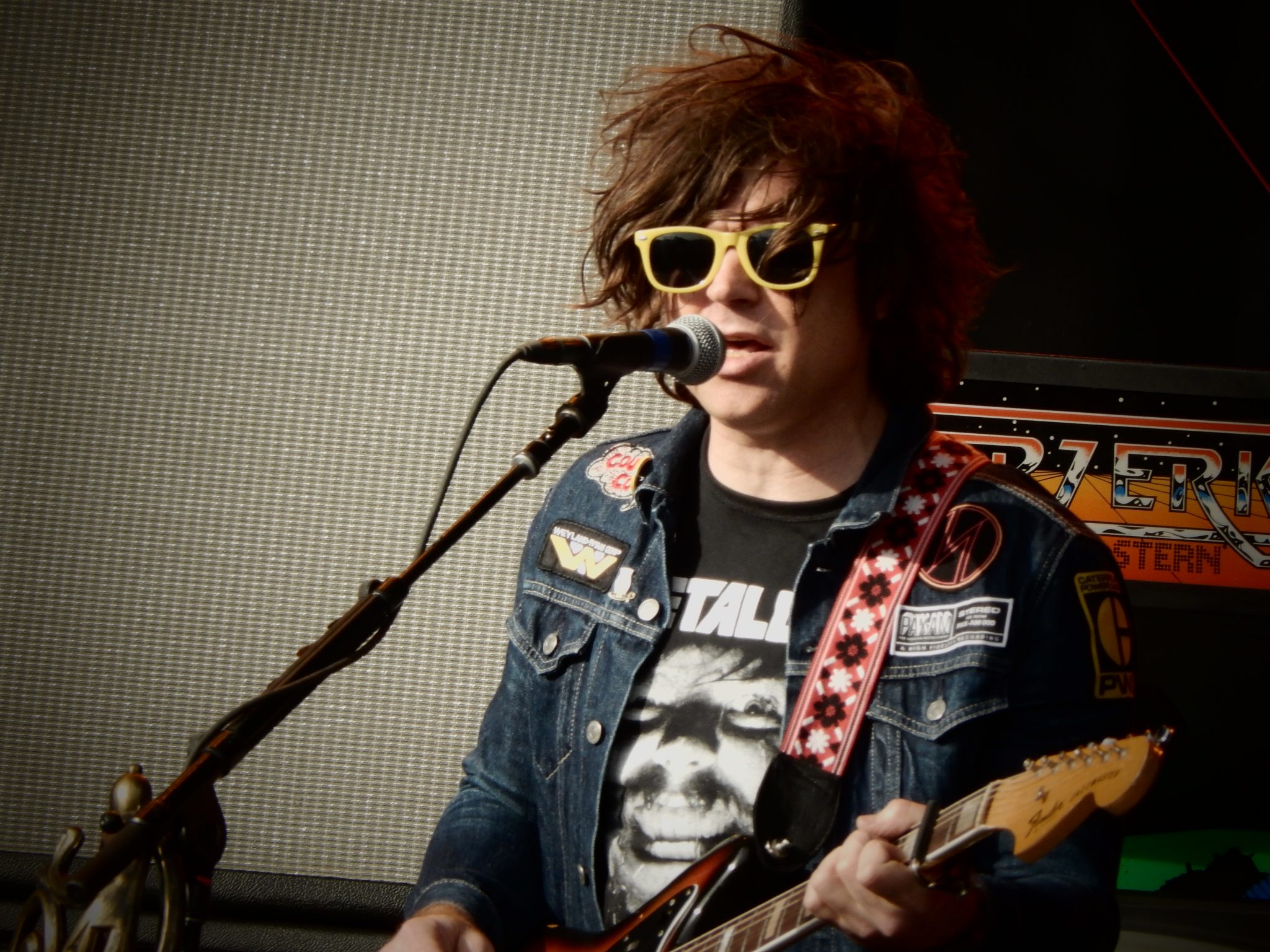 If an album drops on iTunes and no critic sticks around to review it, does it make a sound?

Neither Rolling Stone nor Spin bother to mention that Ryan Adams released his 17th studio album earlier this month. The publications continue to impose a Stalinist censorship on one of the most talented musicians to emerge in the last quarter century. Blacklists are ugly. The album Wednesdays is beautiful.

“I remember you/ before you hated me/ before you traded me/ for someone new” starts the opening track, “I’m Sorry and I Love You,” whose very title suggests a humbled and contrite Adams. The death he mourns throughout, though, is not of his career but of his brother, who passed away the day his tour promoting his last album ended. “When You Cross Over,” an ode to the ancestors and North Carolina but most obviously to Chris Adams, makes the listener cry not because it fits at the end of a funeral but because beauty coaxes tears.

So, too, does a #MeToo mob burning down one’s ability to make a living. Allegations, first reported in the New York Times in early 2019, against the prolific singer-songwriter canceled a tour, three slated albums, and numerous endorsements from equipment manufacturers.

Radio stations banned Adams from their playlists. “Aside from all the terrible ways he was treating women, add on the fact he was keeping them from having successful careers,” Jeff Penfield, assistant program director of Los Angeles’s KCSN, explained to Variety of why his station pulled Adams’s just-released single and entire back catalogue (even “Come Pick Me Up?”). He added, “That just speaks to who we are as a station in supporting musicians. If he has made them feel so bad about themselves that they don’t feel like performing or creating music, that just runs counter to who we are.”

A Kansas City record store owner removed Adams’s card from the alphabetically ordered displays of LPs, declaring: “What I can do is stock so much Phoebe Bridgers, and champion every female artist I can. I can make sure female artists are played as much as male artists in the store, and on display, and have a face in our social-media picks. I can control that, at least in my small corner of the world.”

The critics paternalistically putting earmuffs on us all follow the pattern established by the rest of the music industry. They want to censor an artist over claims made almost entirely by women who wanted a professional benefit from their relationships with Adams but did not receive it. They want to judge music not by its quality but by the quality, real and imagined, of the character behind the music. This is a corruption of their profession. Only the sound matters to listeners; the soul, to God.

The most serious allegation involved a bass-playing high schooler, whom Adams never met, who repeatedly lied to the skeptical songwriter about her age. The creepy online interactions, the Times alleges, graduated from flirty talk to inappropriate photos. The Times rather gleefully announced an FBI investigation into Adams in the wake of its initial reporting but refrained from printing that no charges ever became of it.

The Times exposé detailed the abuse inflicted on Phoebe Bridgers: “Adams gave her a pricey vintage guitar,” recorded her songs, and invited her to open for him on tour, which she did after, she admitted, he revealed himself as a manipulative jerk during a consensual relationship. It gets worse. “When three songs by Bridgers were eventually released by [Adams’s label] Pax-Am in April 2015, bringing her serious industry attention, the media gave Adams credit for her nascent career.”

Courtney Jaye admitted to the Times that she never slept with Adams but that he came on to her, which caused her not only to reject his invitation to record but to stop recording entirely. “Something changed in me that year,” she maintained. “It just made me not want to make music.”

“He would always tell me, ‘You’re not a real musician, because you don’t play an instrument,’ ” ex-wife Mandy Moore of This Is Us fame explained in the article (assess here the truth of Adams’s assertion). She added, “His controlling behavior essentially did block my ability to make new connections in the industry during a very pivotal and potentially lucrative time — my entire mid-to-late 20s.”

If Ryan Adams kept Mandy Moore from recording music, then the world owes him better. New husband Taylor Goldsmith of Dawes, perhaps as an insurance policy against his dirty laundry eventually hanging in the pages of the New York Times, co-wrote every song on her new album, marital duties that Adams neglected to his regret, and even addresses, everyone surmises, his wife’s bitterness and Adams’s blackguard behavior in his band’s recent single.

Bridgers, alone among the named accusers, emerged from the relationship boosted in her career. She turned the lemon of a relationship into a lemonade of a song in “Motion Sickness” and garnered four Grammy Award nominations for the 2021 show. Adams made her career as much as he unmade Moore’s and Jaye’s. She is responsible for her success. That concept, responsibility, seems lost in so many #MeToo accusations, particularly ones that do not involve physical beatings or sexual assault but subjective charges of abuse, manipulation, bullying, and controlling behavior that do not amount to crimes but moral offenses against the person difficult for outsiders to gauge.

To believe that Adams, a temperamental brat who famously demanded the removal from Ryman Auditorium of a fan who requested that he play “Summer of ’69” and left a lengthy voicemail message for critic Jim DeRogatis after a negative concert review, made for a horrible mate does not require great reserves of credulity. One imagines that the hidden motives Adams displayed in “mentoring” musical wannabes more than occasionally extended to the musical wannabes in their sleeping with Adams. When one person sees another as a use object, bad things often happen. When both parties see the other as a use object, really bad things always happen.

Ambitious people should grasp that sleeping with a talented person does not magically make one talented. It makes one a groupie (or worse). You cannot catch talent the way you catch gonorrhea. Talented people should learn to fear the mediocre, whose resentment, envy, and jealously eclipses their talent but not their assessment, which seems almost unbounded, of their own talent. In a relationship of unequals, equalizing occurs, more often than not, in a pulling down and not a lifting up.

Ryan Adams learned this the hard way. He could have learned it an easier way if he went to college instead of dropping out of high school in 10th grade. Aristotle relayed in Nicomachean Ethics that “the friendship of utility is full of complaints; for as they use each other for their own interests they always want to get the better of the bargain, and think they have got less than they should, and blame their partners because they do not get all they ‘want and deserve’; and those who do well by others cannot help them as much as those whom they benefit want.”

Nobody confuses Wednesdays with Christmas music. Still, the crestfallen, downbeat album comes as a Christmas gift at the end of a painful year. It reminds that troubles pass. In a season of giving, forgiving comes ungenerously. Judgment replaces graciousness. ’Tis the season to move on. But when we don’t want to face our own sins, rubbing others’ faces into their sins comes as the less painful option.

Prince wrote songs for Carmen Electra, Sheena Easton, and Susanna Hoffs to sing for reasons more scenic than sonic. Jerry Lee Lewis married his 13-year-old cousin. Phil Spector murdered a woman. Bob Dylan sang on that horrible “We Are the World” record. If we can listen to their songs despite the risk that knowledge of their sins corrupts us, then we can listen to Ryan Adams without any pangs of conscience, too.