American historian Alexander Motyl tackles a taboo subject in his new book A Russian in Berlin, a novel about memories of mass rape by Red Army troops of German women and pubescent girls in the summer of 1945. He tells the story through the eyes of five surviving victims who are psychologically scarred for life. It is a rich but harrowing tale.

Professor Motyl comes with strong academic credentials, having studied and/or taught at Harvard, Columbia, Lehigh, and now Rutgers (Newark). He is also the author of 10 previous novels. His Ukrainian antecedents give him special linguistic skills and a personal interest in Russia and East Europe.

The rape story has been around for decades but is virtually hidden as a marginal sub-specialty in Soviet studies. Motyl is the first to dramatize it in a factional account — part fact and part fiction as a storytelling device. The reader is drawn into a forgotten world of Russian troops behaving badly.

The story takes on renewed significance as more than 100,000 Russian troops assemble on the border of Ukraine today, prepared to invade and occupy the country. Their behavior will be an issue if this threat goes forward.

The systematic rapes in Berlin — the largest coordinated assault on women in recorded history — must have had a green light or at least the connivance of the Red Army commanders if not the general staff in Moscow, Motyl believes.

So far, British historian and author Antony Beevor gets closest to the details. His diligent research fails, however, to name a senior Kremlin official who might have ordered the rapes. He did obtain valuable NKVD accounts of the Red Army atrocities, accounts that back up the details of systematic rape. The bulk of his evidence, he says, came from Soviet sources. He and Motyl both relied on journals, eyewitness accounts, and memoirs. One book, A Woman in Berlin, can still be found online. Beevor’s book was published in the U.S. in 2002 as The Fall of Berlin 1945 and in Europe as Berlin: The Downfall 1945.

Although Russian academics today continue to deny the mass rape escapades, I recall hearing personally from Russians in Moscow in the 1960s and ’70s that their “boys” were justified in gloating over the revenge attacks. “They did this to us, so we did that to them,” one told me. They took some satisfaction in the knowledge that a large number of babies born in that period carry Russian genes.

Motyl poses the larger question, “Why commit the mass rapes? Why assault a million defenseless women — as well as not a few grandmothers?” He concludes that the Russians were consumed by revenge and a desire “to humiliate, to demonstrate to the women, and ultimately to their men … that they had become utterly powerless.”

The novel ranges more widely than an account of the rapes. Motyl uses his narrator to express some of his own views on Cold War issues, on German political movements on the left, and on the ambiguity of blame for atrocities. For those of us old enough to have been aware of that period, Motyl brings it rushing back.

I spoke to him at length about his story and why he produced it in novel form. Below is an edited transcript of our chat. 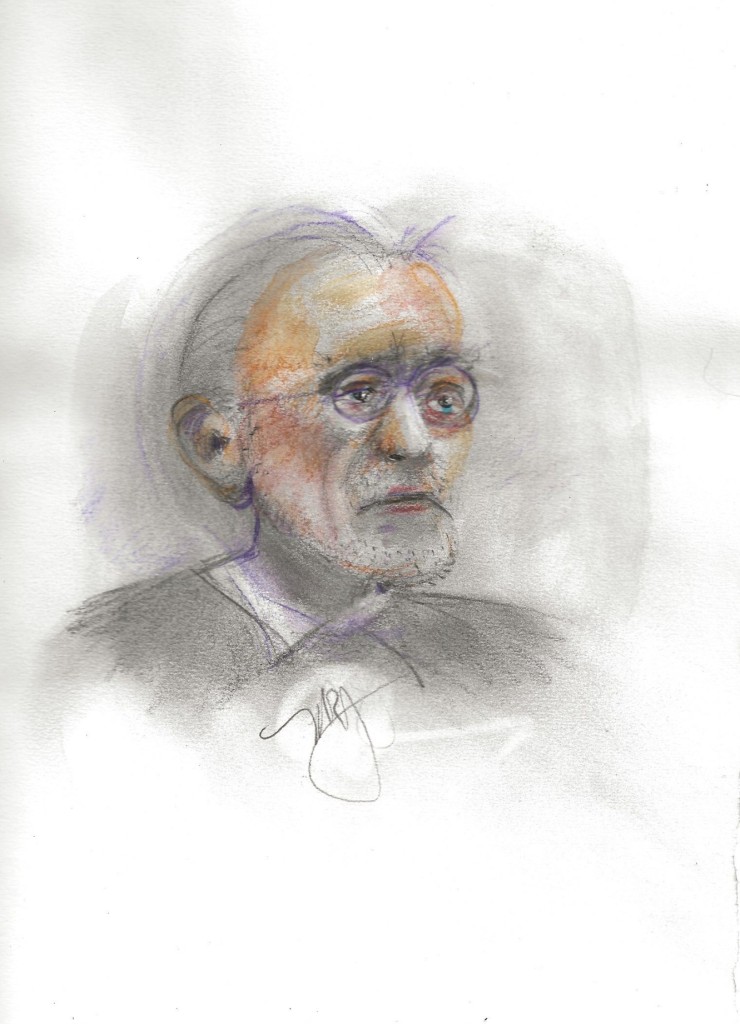 What prompted you to undertake this subject of systematic mass rape by the Russian victors in Berlin?

The novel develops around the story of one million — or was it two million? — women and children being assaulted and raped by Red Army soldiers in Berlin, Budapest, and Warsaw in the spring and summer of 1945. Why a novel?

Well, I thought of writing a history of these atrocities but decided on the more dramatic form of a wide-ranging novel rather than a dry academic paper.

What were the Russians thinking in this vengeful postscript to the war?

Weren’t these rapes a unique occurrence in the history of warfare? Don’t victorious troops usually act cautiously in conquered lands ?

No, not if you look back to the Romans and their sacking of Carthage, or any number of atrocities in the Thirty Years’ War or the Eighty Years’ War. The norm was rape, pillage, and leveling of villages and cities. By comparison Nazi behavior in Northern Europe, particularly Scandinavia, was relatively benign. East Europe — that was something else.

Was there a decision by the general staff or local commanders in Berlin to encourage soldiers to rape helpless women and children?

Obviously there was a green light from above. Was it from the level of Stalin? We just don’t know. The commanders wielded strong discipline and could have stopped this behavior at any moment rather than just looking the other way. Clearly there was some connivance. These assaults were taking place in the open during the day — not at midnight under cover of darkness. It’s astounding, just astounding that it all happened in such a short period.

Is this atrocity known among historians as the largest mass rape in history?

Yes, it is probably the largest systematic rape by soldiers known today.

How do we have any idea of the scope of the assaults?

Researchers have looked at the respective populations of cities and countries then and now. They have taken those figures and the size of the Russian army — plus the absence of German men — and extrapolated the data. Exact records were not kept.

How much first-hand research went into your book?

I drew on my own experiences and also depended on journals, memoirs, eyewitness accounts, and newspapers from the era and pulled it all together. There is general agreement on the numbers so I had enough confidence to proceed with my novel.

Is the mysterious central character a composite of academics you might have known, or is he a total invention?

Obviously I’m drawing on certain people I have known. I made my central character a Harvard professor who had a Russian background. The inter-academic squabbles in the book are things I have personally known of.

You demonstrate intimate knowledge of the Russian security services.

I’ve always had an interest in the KGB. I have had many conversations with Ukrainians, Americans, Europeans, and others who have been followed, approached, sometimes persecuted.

Were you ever approached?

Yes, in the 1970s and ’80s I had run-ins with the KGB. I met with these people and they tried … they don’t come right out and say it but they pretended to want to be pals, to trade books, that kind of thing. Who knows what they had in mind? I was never lucky enough to have had a night with a hard-working KGB girl in one of their honey traps. (laughs)

Has the FBI taken an interest in you, or have they left you alone?

They’ll never leave you alone. I met with the FBI 10 or 15 times when they wanted to recruit me. They were far more open about it. The KGB was bad enough, but the FBI was much worse. They played on my American loyalties to function as an informant. We are on the same side, they said. I did not take up their leads.

On a more general subject, where does Kiev fit into Russian history? Don’t you accept that Russia was essentially “born” in Kiev in the 800s?

Of course not. I reject that. The notion is absurd. The Russian state evolved in the 14th century.

This idea is back in play today, isn’t it?

Yes indeed. It is fundamental to Putin’s current behavior on the Ukraine borders.

How do the Germans recall their defeat?

They remember how their soldiers strutted along the streets of occupied Europe for five years as the “beautiful, seductive master race.” My father remembers seeing them in Kiev, the handsome, well-groomed troops in polished boots. But then in 1944–45, they looked more like emaciated rats willing to trade everything “for a can of smelly sardines … pants frayed, eyes turned away.” Günter Grass writes about some of this in his memoir.

Yes, at one point my narrator refers to Harvard professors “an insufferable lot who believe they have the right and obligation to teach the world.” That has been my experience — they are so full of themselves.

American troops also come off badly at one point when a character describes them as too arrogant, ignorant, and stupid to understand the stakes. They chewed bubble gum and blew endless bubbles. Is this fair?

No, but this wasn’t me talking. It was an actual stereotype repeated by the Left in Germany in the 1970s.

And finally, where do you come down on the question of who was the “greater beast”? One of your characters wonders where to place blame — on Allied troops and the Russians or on the Germans.

The book reflects my own ambiguous feelings. Yes it’s true, there was a small percentage of pure devils, and a small percentage of angels, but 95 percent of the population was caught in the middle. They needed to survive, and occasionally they had to do bad things. I have often asked myself how would I behave in those circumstances. The answer is I don’t know.

Michael Johnson is a former AP correspondent in Moscow and a veteran of reporting in Paris and New York. He now lives in Bordeaux, France, where he writes for international publications and dabbles in portraiture.