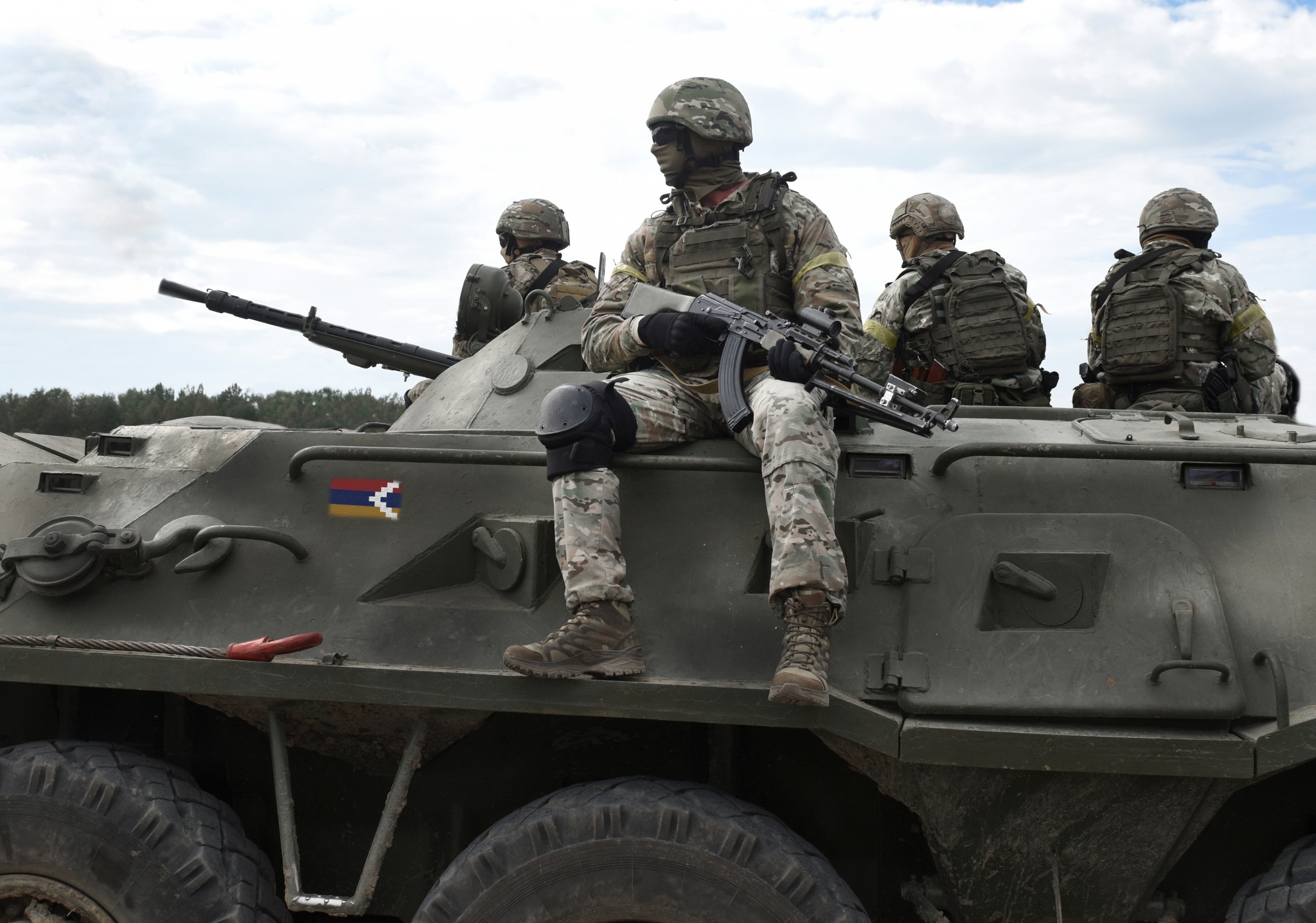 Iran and Russia are on collaborative maneuvers once again. This time it’s in the South Caucasus: both are deliberately derailing ongoing peace talks between Azerbaijan and Armenia over the region of Karabakh.

In this volatile region, it serves both Iran and Russia’s interests to maintain a state of “no war, no peace.” With the border of Azerbaijan and its ally Turkey closed to Armenia, Yerevan remains economically dependent on Russia to its North and Iran to its South. At the same time, a Russian-brokered ceasefire in November foisted 2000 of Moscow’s “peacekeepers” into a strategically important region internationally recognized as Azerbaijan but occupied by Armenia since the 1990s.

Anybody who cares about growing Russian and Iranian influence in Europe and the Middle East should be concerned with how the Armenia-Azerbaijan conflict is evolving. Russian peacekeepers are now acting as a sovereign government. They have granted Iranian cargo illegal passage through Azerbaijani territory to Armenian secessionists in Karabakh. America has seen mission creep from Russia before, in other frozen conflicts in Eurasia. The Biden administration shouldn’t allow it to happen again, and this latest development should alarm American diplomats for two reasons.

First, Iran has a history of militarily supporting Armenia and its separatists in Karabakh – as demonstrated in last fall’s conflict. There is no transparency on the contents of the Iranian trucks. Yet whatever they do contain, Iran’s influence on regional affairs is never altruistic: its mission is to destabilize to capture leverage. Not uncoincidentally, Armenia has a long record of assisting Iran in evading international sanctions.

Second, Moscow is exercising import and customs powers. This is not within the legal remit of peacekeepers, but the business of states. The brazen disregard of international law should be familiar to any American diplomat who has observed Russian wrangling in frozen conflicts in Moldova’s Transnistria and Georgia’s South Ossetia or Abkhazia. As we know, Moscow has never made any effort to resolve these conflicts. Instead, it has used them to create geopolitical outposts for Russia.

That the head of the ‘peacekeeping’ force in Karabakh is a military leader who served in Abkhazia — the internationally recognized Georgian territory, but whose independence Russia recognizes — speaks volumes about Moscow’s intent. Worryingly, this behavior is left unchallenged by the West.

Russia frustrates a peace treaty between Armenia and Azerbaijan because its absence removes the need for its troops in Karabakh. By circumventing official channels to supply goods to separatists in Azerbaijan, it renders Yerevan’s cooperation with Baku unnecessary for the delivery of provisions. This lack of engagement will naturally kick any hope of a peace treaty further down the line.

Russia and Iran aren’t interested in resolution, but on breeding further economic and political dependency from Armenia. This is against Yerevan’s interest in the long run: it freezes the country out of wider integration with Southern Europe and Central Asia by maintaining closed borders with Azerbaijan and Turkey.

Furthermore, by testing Azerbaijan’s territorial integrity, both Russia and Iran make it harder for any settlement to take root. It is only upon the recognition of Azerbaijan’s sovereign territory, as underwritten by four UN Security Council resolutions, that a peace process can begin. Armenia should be encouraged to adopt this position for the chance to renormalize borders with — and unlock trade and energy supplies through — Azerbaijan and Turkey. Instead, in their actions, its allies encourage the opposite.

America cannot afford to ignore this. Iran is on the cusp of gaining nuclear capability: experts have established that its uranium enrichment program will give Tehran the capability to produce a nuclear warhead within a month. American inaction fosters Iran with both influence and income in the South Caucasus, serving only to undermine its own interests whilst emboldening Tehran.

Armenia remains painfully dependent on Russia and a near nuclear-capable Iran. This will only change if a peace treaty is signed with Azerbaijan, and should be the target of renewed U.S. diplomatic efforts. Cross-border infrastructure projects, linking Armenia to Azerbaijan and Turkey, could bolster its trade and connect it to the wider world. A settlement would also remove the need for Russian ‘peacekeepers’ in a region critical to Europe’s energy diversification strategy. That this is important to the US is clear from its attempts to halt the Nord Stream II pipeline between Russia and Germany.

American diplomacy in the South Caucasus needs urgent reinvigoration. Simply standing by as Iran and Russia load the geopolitical spring with ever more tension is a mistake. Instead, the Biden administration should see the region as an opportunity to demonstrate its seriousness about protecting and encouraging democracy, human rights, and international law. Diplomatic inaction is a form of self-harm. It may well result in yet another foreign policy failure for America and the Biden administration.