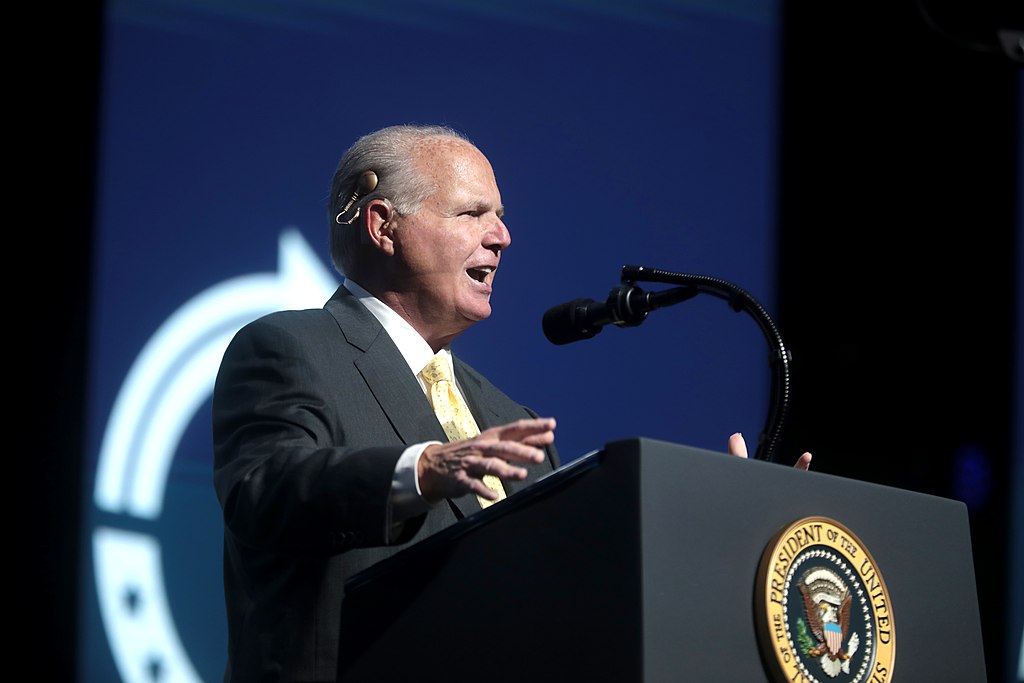 Rush Limbaugh. Gone. Seemingly as permanent a feature on our media landscape as the face of Abraham Lincoln was on Mount Rushmore. The dean of conservative radio talk show hosts. Magnetic North Pole for tens of millions of Americans each week. The center of the universe for 15 million each day.

I knew him. About 15 years ago, he had me to the studio in his magnificent home in Palm Beach, Florida. He had me there to promote a movie I helped to produce and write and starred in. The movie is called Expelled: No Intelligence Allowed. It’s about how there is no freedom of speech at our schools for anyone who thinks there might have been an Intelligent Designer. One second’s questioning of Darwinism — despite that theory’s obvious lack of evidence of any kind — gets you blackballed from academic life forever.

Many talk show hosts were afraid to have me on — even conservative ones. But Rush was not at all afraid. Rush had been fighting gigantic opponents all of his professional life. He did not have an “afraid” bone in his body.

But the toughest foe he ever took on was Rush Limbaugh. Rush had undergone major surgery. Afterwards, he had been heavily dosed with painkillers, especially a juicy one called Percodan. I have had it many times, and it’s hypnotically powerful. Rush loved it so much that by the early years of this century, he was taking about 60 tablets a day.

But he recognized that he was in a life-or-death battle with Satan and he was not going to lose. So he entered the struggle with the ultimate Ally: God almighty, Lord of Hosts. He turned his will and his life over to the care of God and surrendered to win, as millions have done before him.

And he won. Not immediately. No one ever does immediately. But he won, and when I met him he was clear in the head, alert, bright-eyed, and bushy-tailed. He knew that America, with the same Ally, could win any contest: even against ourselves. It was this mingling of the solitary will of the individual with the omnipotent will of the Almighty that he saw as the savior of our nation, first, last, and always.

Now, he is gone. But his Ally is still available to us all, anytime, anywhere, eternally. Thank you, Rush. For your Faith, on loan from God.