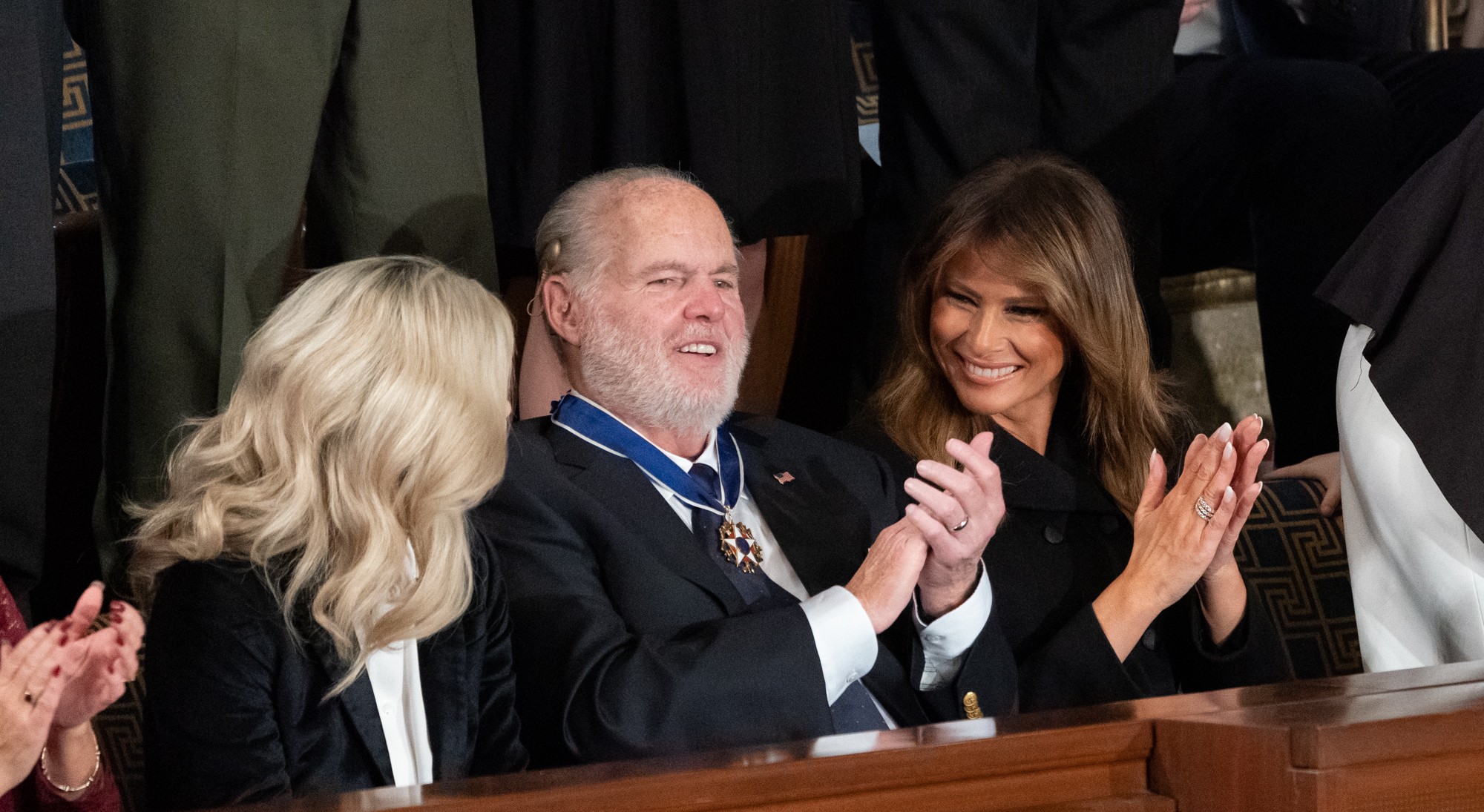 El Rushbo has become an angel! He fought lung cancer for over a year. During that time he fought the usual battles against femi-Nazis, environmental wackos, the usual crowd. And he fought for Donald Trump to the very end. Now he is up there in Heaven. He carried his battles to a higher level. I am glad I never said a word against him. Yet he fought his enemies with humor. The really bad ones — Hitler, Stalin, Mao — will have another strong voice against them in Heaven, but his lesser foes, even the femi-Nazis, even the environmental wackos, will have a forgiving voice up there in Rush. Rush Limbaugh was not a hater. He was grateful for all the good things that happened to him.

I remember having a drink with him in New York City at the Carlyle Hotel in Bemelmans Bar. He was in a good humor. There is nothing new about that. But he kept saying, “Only in America. Only in America. Could a guy like me … ” Frankly I forgot the last part of his declaration, but whammo! he slammed his beer mug down with every “Only in America … ” He put me in mind of Lou Gehrig claiming to be “The luckiest man on Earth.” Rush knew that he was pretty lucky too, although he worked for everything he got. He was a consummate pro. To the very end he never whined or complained, and he always gave his all.

A month or so ago he sent me an email thanking me for something I had done for him: “Thanks, Bob. Always appreciate and always love hearing from you.” Now he will have to wait for my bedtime prayers to hear from me. Rush was a great man who should be remembered in all of our prayers.