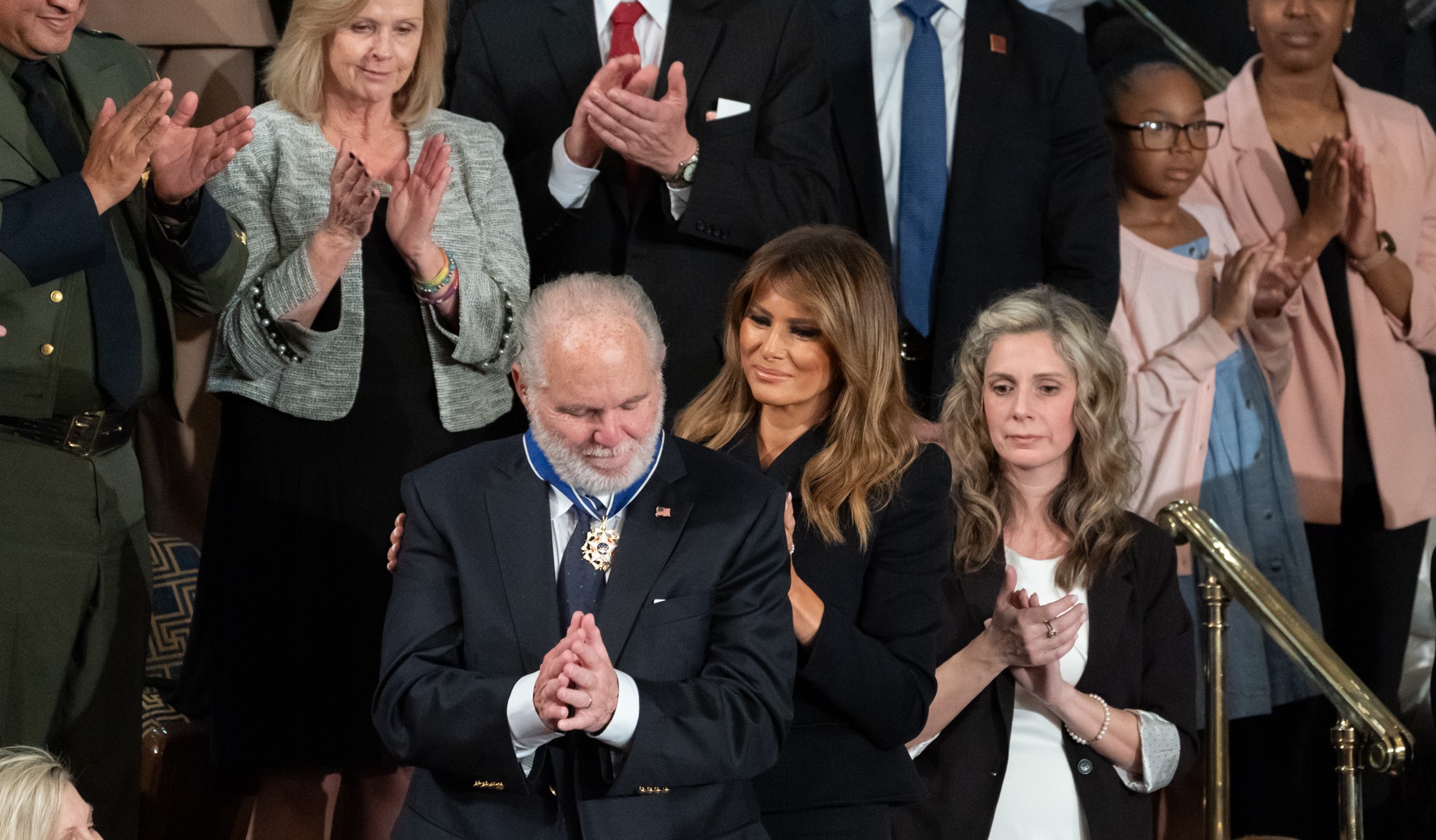 Before the news of Rush Limbaugh’s death hit, those of us with a lengthy history of listening to him seemed to know in our hearts that the time was close. Throughout this last year, even while struggling with treatment, Rush did what he did best — he educated others. Except in this year, he not only covered politics, but also opened the conversation to include cancer, death, and life.

From the moment he mentioned his diagnosis, millions of “ditto-heads” felt our eyes filled with tears. We knew this man, and for many of us, his voice provided the soundtrack of our lives.

Talk radio remains an unusual and special form of communication. A deeply personal relationship, it’s almost as if the host is speaking directly to the listener. A good host knows this — and deeply values the relationship. Rush transcended good host and soared to the best of all time. The bond between Rush and his listeners endures beyond the silence of the golden EIB microphone. Rush treasured that bond and, even in his humanity, never broke faith with his audience.

While the political Left may envy his audience size, they most likely will never understand the devoted connection Rush maintained with millions of listeners. Quite simply, he loved and cherished his audience. He never spoke condescendingly to them, and he stayed on message.

Although many considered his message as one of conservatism, that description falls short of Rush’s mission and passion. Rush valued the ideals of America as it was founded. He kept an unswerving belief in the dignity of each life — and the importance of that life remaining unfettered by political ideology in the pursuit of achievement and happiness.

While some radio hosts sound like a bad performer who only knows three chords on a guitar, Rush elevated the medium to virtuoso level. Combining his extraordinary sense of timing and humor with his ability to read the stitches on the fastball, Rush Limbaugh took the complex and made it simple. With pointed wit and satire, he plowed through the rhetoric of the political ruling class and exposed the hypocrisy, foolishness, and the danger of elitism, socialism, and totalitarianism.

As the “talent on loan from God” has now been recalled, we pause to grieve and honor one whose “big voice on the right” served as a guide for many who felt adrift in the craziness of politics and pop culture.

Yet Rush would want our own voices to fill the void left by absence. His entire career in talk radio encapsulated his passion to educate and equip. He has done so. Through his huge laugh and bravado at laying waste to political foolishness, he blazed a trail for the rest of us to grow from citizens to patriots.

His legacy, however, is not the battles he fought, but the army he equipped. While many wonder about who can fill his time slot each day at 12 to 3 p.m., Rush listeners know that the true space to be filled is in the arena of ideas.

May we be good stewards of the message shared by his amazing voice. Rush is home with his savior. His body has been healed, and his hearing is now perfect. His work on this Earth is over, and he’s joined that great cloud of witnesses that cheers us on as our work remains.

America, and the world, desperately needs our commitment to the ideals Rush proclaimed. He more than prepared us, and, even in this dark political climate, victory awaits us.

Democrats and Their Dead Horses

Is it possible to beat a dead horse back to life? The Democrats are doing their best. Rather than let private citizen Trump fade away, if that is even possible, they are doing everything they can to keep him in the news.

Ms. Pelosi wants a commission (tax dollars at work), New York pols are after his Manhattan real estate, a House Democrat is bringing a civil suit.

They seem to think this will keep people agitated in their anti-Trump mania. This is unlikely. What will probably happen is that even the most rabid Trump worshippers will anxiously line up behind whoever is the next Republican nominee for president, which will not be Mr. Trump, because they’ve had enough of the Republic of Pelosi.

The Democrats continue to overreach in almost every possible way. Keeping Mr. Trump front and center will only accentuate their madness.