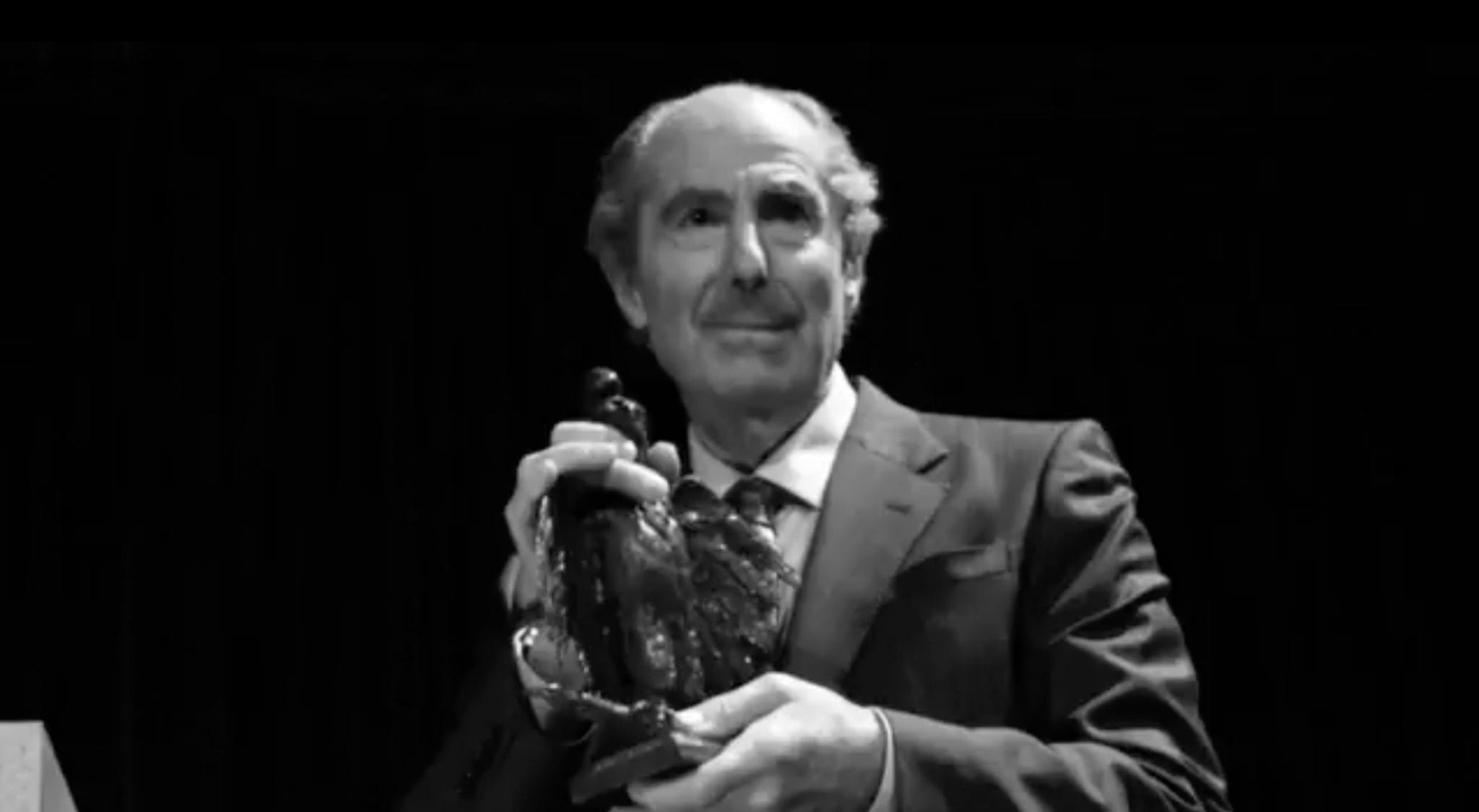 AP story on Philip Roth’s passing on the internet: standard newswire, fine as such, touches the bases quickly, even if it goes way over the conventional 21-word-max lede. He was “prize-winning,” “fearless”; his novels looked at “sex death assimilation fate” with “comic madness”; in the end it was “heart failure.”

Excellent, I hear someone saying in the back, they have him cold and don’t see him, don’t need to. That goof-ball, the voice added.

The voice is Saul Bellow’s, Roth’s friend and admirer. Together with a few others, they keep storytelling exciting, because they stay true and real. Present tense: You can read Bellow’s earliest work, say from the time of “Waiting for Mr. Green” to the breakthrough (public success, I mean) Augie March, and you feel the whole oeuvre was written yesterday, for you. The same happens with Roth’s work from Goodbye, Columbus to Portnoy’s Complaint and on to American Pastoral and The Human Stain and Indignation: 50, 60 years of sweating blood over the page; worth every drop.

Roth showed us our fears and our nightmares, also our love and our tenderness even though he himself would despise me for writing this.

“You’re too nice,” Bellow said, a touch of censure in his voice. “Phil doesn’t want to be nice; he is a writer. Don’t mention love to him, he’s after something else.”

Roth could be polite when he wanted; I mentioned love to him once and without saying anything other than “mm” he went to refill his glass. I had mentioned The Dying Animal. “Love?” Janis Bellow said. “You mentioned love while talking to him about that book? Oh, dear. But don’t worry, he expects everybody to be dim.”

I love it when people stab you gently.

Next to the AP story on Roth was a piece about a man on a plane peeing and assaulting a fellow passenger, a woman, and being taken off the flight. This is straight AP stuff, obits, airline shenanigans, war and diplomatic missions to Bamako, shady lawyers falling out among themselves, love, sports. Roth had enough, stopped writing at the top of his form, followed Bellow in this respect.

Lose a man like Roth, we are all orphaned. Lose Tom Wolfe, same.

Bernard Lewis and Richard Pipes are the greatest historians of the 20thcentury. Of course, there were others, this is a figure of speech. The fact is, however, we would be poorer, we would understand our recent times even more dimly than we do, had it not been for the work of these two extraordinary men. Soldiers of World War II, they placed their immense erudition, their languages, their wisdom, and their fascination with practically all aspects of contemporary politics and ideas (and everything else, but leave it at that) at the service of understanding and interpreting and narrating. Any one of these achievements alone would be extraordinary; the three together, you have genius.

If we can get a handle on the Islamic world, it is thanks to Bernard Lewis. To the degree we can grasp the significance of Bolshevik totalitarianism, we must thank Richard Pipes. Only two other names come to mind, to compare with Lewis: Elie Kedourie, Fouad Ajami (who died much too soon). For Pipes, maybe three: Robert Conquest, Adam Ulam, Joseph Frank. Aleksandr Solzhenitsyn, goes without saying, but I am limiting myself to the Anglosphere.

Frank, the biographer of Dostoevsky, showed us we could not begin to grasp totalitarianism, and the Russian tragedy, without the great Russian novelist. The vastness of Joe Frank’s curiosity about history, the deepness of his understanding of how an era produces ideas which interact with passions to give us human action, suggests why we are so indebted to these whom we have lost, but whom we can always find. And indeed do, so long as we breathe and grasp. And give.