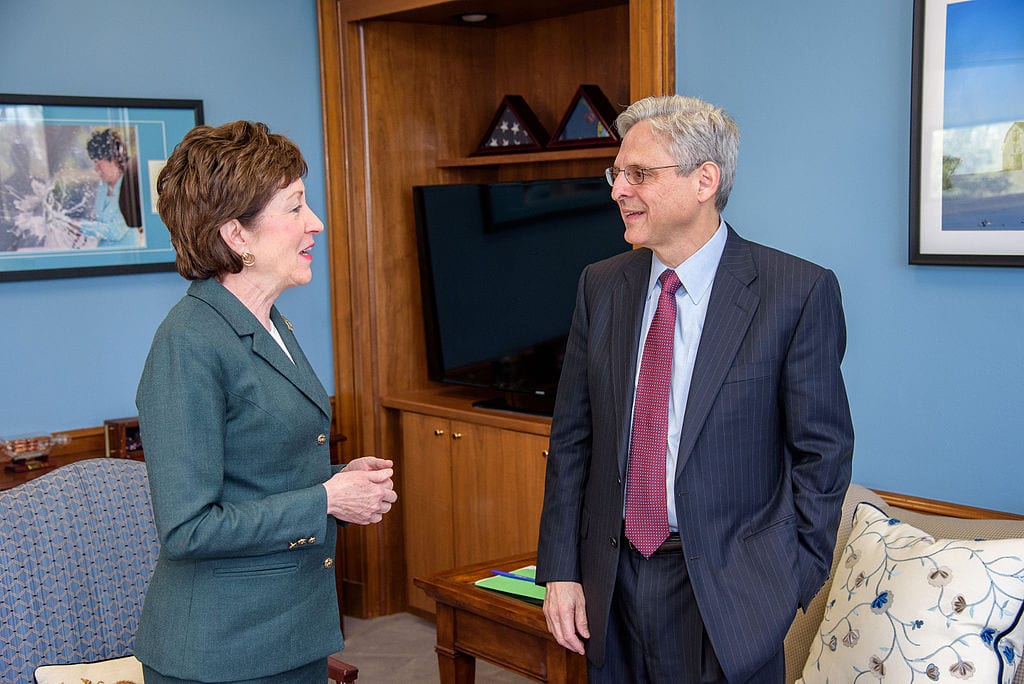 Neat! We know what the Supreme Court debate is all about — the debate, that is to say, over who shall take retiring Justice Anthony Kennedy’s seat.

The debate is about abortion.

Declares Sen. Susan Collins, the Republican moderate from Maine, whose vote could prove essential to confirmation of whatever nominee the White House puts forward: “A candidate for this important post who would overturn Roe v. Wade would not be acceptable to me. That would indicate an activist agenda that I don’t want to see a judge have. And that would indicate to me a failure to respect precedent.”

Where to begin? Almost anywhere, I warrant.

Let’s start with the right to abortion, a piece of Supreme Court craftsmanship from 1973. No authority, prior to the Roe decision, had believed, or asserted, that the right to terminate an unwanted pregnancy lay draped, undiscovered, in the folds of the 14th Amendment to the Constitution. Aha, said seven justices, speaking for the court. Here it is! We had to search but we found it! No law can take from any woman the basic (if previously undiscovered) right to an abortion.

And that was that. Supposedly. Except that the country soon learned that perhaps half our fellow citizens either thought the high court was out of its mind, or else accepted that abortion might be permissible under circumstances less sweeping than laid out in Roe. A likely never-to-be-finished controversy began almost the minute the justices went to lunch.

But a Supreme Court nominee unpledged to last-ditch defense of the Supreme Court’s 1973 job of judicial engineering won’t get Sen. Collins’ vote.

You don’t say. I duly note this is the nature of things when law and the divergent art of politics collide. Don’t look for the logic in these occasions.

The second thing to notice here is Sen. Collins’ adamance as to what she calls precedent. If the court said it — by golly — that’s it! Dissenters, be off!

Sure would have been fun in the 1950s and ’60s watching the future Sen. Collins, or her intellectual avatars, attack Brown vs. Board of Education — the school desegregation case — for its disregard of precedent. Precedent (cf. Plessy vs. Ferguson, 1896, and Lum v. Rice, 1927) was squarely on the side of the states’ claimed right to segregate the races. In Brown, the court said dismissively, “Plessy v. Ferguson is overruled.” Minds change; the world moves on. The higher truths endure; not so, in every case, the interpretations we fallible folk put on things.

I do hope Sen. Collins is not downing one dry martini after another, hoping to blot out the dire prospect of a Brown-like overrule of Roe. As a piece of judicial mischief — unanchored, that is to say, in precedent or moral reasoning, Roe deserves to fall on its face in the mud. However, I don’t think that’s likely to happen. Not in our own time anyway.

Roe by now, due to the love it inspires in feminist activists and their well-wishers — due as well to the culture’s acclimation to the idea of detaching sex and its consequences from childbirth — enjoys enormous support. That it doesn’t deserve such support is beside the point, politically speaking. Were the Supreme Court suddenly to sweep Roe down the back steps, with the household dust and dead insects, there would occur such tumult as the political process is not well fitted for. A likelier near-term prospect than reversal is gradual acceptance by the court of state laws making abortion harder and more expensive to achieve. This, while — maybe — the moral environment becomes friendlier to the idea that bringing new humans into the world is not the bad or oppressive thing it is often said to be.

In any case, how useful to note Sen. Collins’ confusion between the abiding principles of law and the politics of the moment. It is a very modern kind of confusion, making the stakes in Supreme Court confirmation hard to discern. It is enough to know the present stakes are altitudinous: far, far less about Roe vs. Wade than about prospects for the survival of American freedoms.