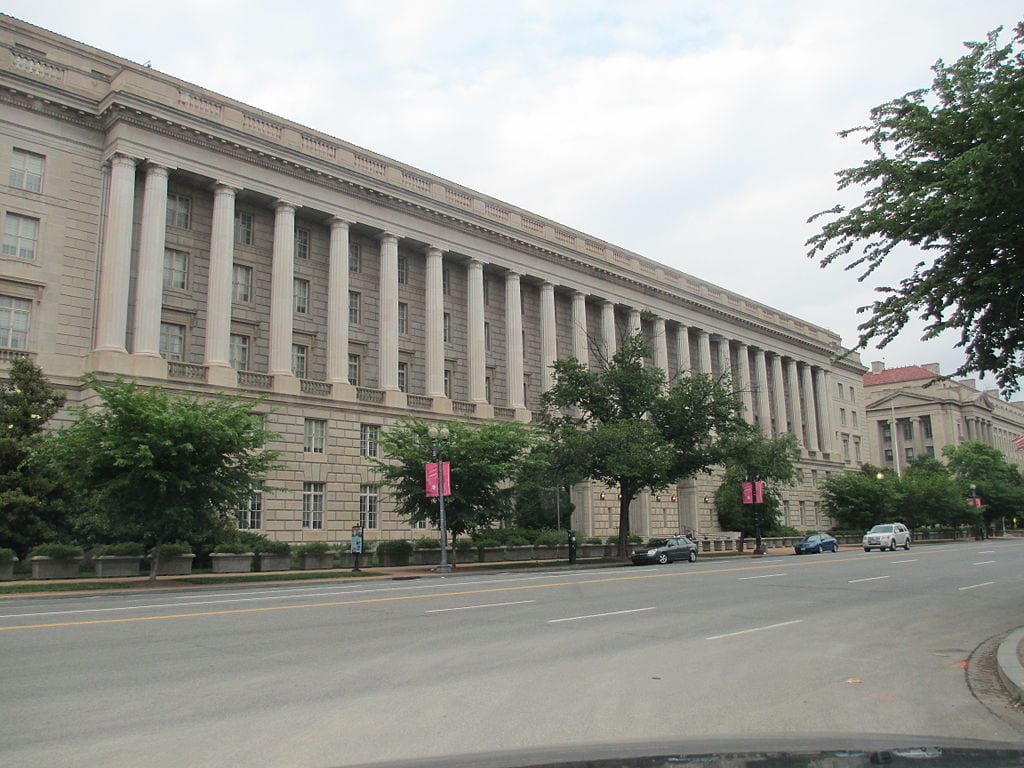 Tax Day is approaching, a dreadful occasion for most Americans. But it is pure tragedy for the rich. That is, those who believe government should take more. Stephen Prince, whose company makes plastic gift cards, told the New York Times that he was “pissed off about” the Trump tax cut.

The reason? He’s paying $3 million less than before. “People like me are not all greedy.” That’s certainly good to know! He added: “We have to show that we have some concern for the country, and that we’re willing to pay some taxes.”

Of course, only the most obtuse and greedy right-winger verging on fascism doesn’t realize that it is his/her patriotic duty to hand Nancy Pelosi and Chuck Schumer, as well as Kevin McCarthy and Mitch McConnell—more money to squander, er, “invest” in America’s future. This sentiment predates President Donald Trump. The informal “Patriotic Millionaires” group was founded back in 2010 by Morris Pearl, formerly with BlackRock.

In recent years PMs have visited Capitol Hill, urging higher taxes on the rich. “We’re very concerned about this huge inequality thing” said Pearl. The retiree said he was paying less taxes than working people: “It’s a pretty good deal if you can get it, but it’s not good for the country.”

Investor and professor Eric Schoenberg argued that “our tax system is a monstrosity” which has “been perpetually slanted toward the rich.” The financial benefit to him of the Trump legislation “is completely secondary. The whole thing is legislative malfeasance.”

Warren Buffett once appeared to be an honorary member of the “stick it to the rich” political club, urging a minimum tax on the wealthy. But he may have fallen out of the group last year, when he applauded the Trump tax cut, calling it a “huge tailwind” for business.

What will the outraged rich do with their unfair windfall? The undertaxed rich are divided. Pearl dismisses it as just making his “pot of money… somewhat larger than it might otherwise have been.” John Driscoll plans to give more cash to his favorite political causes: “The unnecessary and fiscally imprudent reduction in the individual income tax rate gives me more income,” which he will use “to invest more in candidates who don’t put the income of wealthy people ahead of people who need help.”

However, none, reported the Times, planned on doing the obvious: writing a check to the U.S. Treasury. Inexplicably, Prince said: “I don’t want to just give away my money to the government.” Still, he’s dedicated to getting the government to raise his tax rate. He admitted that most of his friends believe he is “an idiot.”

He should listen to them.

Of course, the tax system is a monstrosity, and it is easily manipulated by the rich and sophisticated. That is why President Ronald Reagan’s tax reform, trading lower rates for fewer deductions, was an important advance. And why the Trump bill’s restriction on the deductibility of state and local taxes was a positive step. The process should continue with lowering overall rates while killing the latter write-off entirely along with the mortgage interest deduction.

Moreover, sorry to say, the tax cut was outrageously irresponsible because the GOP Congress simultaneously increased spending, to levels even greater than sought by President Barack Obama. The annual deficit will be about $1 trillion this year and $1.5 trillion in a decade. Federal debt will accelerate and interest costs, also fueled by rising interest rates, will skyrocket in coming years. No longer do most Republicans even pretend to believe in less federal spending and a balanced budget.

Yet these facts are not an argument for higher taxes. Indeed, the U.S. tax system is notably more progressive than European levies. The continent, so beloved by American socialist wannabes, relies heavily on the value-added tax, essentially a sales tax on steroids. Lower income people pay a higher percentage of their incomes in taxes as a result. So much for progressive values across the pond.

The main complaint, presumably, is the fact that the rate on capital gains is lower than that on earned income. One reason to do so is to encourage economic investment rather than wasteful consumption — like the senior senator and avowed socialist from Vermont owning three homes. One can argue for equal rates across income sources, but that has nothing in particular to do with the rich. Indeed, to the extent that lower capital gains rates encourage capital investment, which acts as an investment in people, everyone benefits.

Still, it’s obvious that some number of rich folks feel bad about paying too little. And in this age feelings seem to be paramount in our culture. So it is important to help people feel better.

Most obvious is the step that Prince apparently couldn’t bring himself to take: “give away my money to the government.” After all, that’s what a tax increase would be. Maybe he intuitively understands that providing more cash to the feds is a prescription for waste, fraud, and abuse. But if Uncle Sam puts a gun to his head and demands a check, he obviously believes that complying is okay.

An answer might be for Prince and others to pretend that they owe more tax. It really isn’t hard and doing so would result in a good bit more cash for underemployed legislators to play with.

Admittedly, it’s hard to do much with your wages with a W-2 required, but most everything else is expandable. For instance, add some interest and dividends. You will have to make up a fake source on your Schedule A, but the IRS isn’t likely to put great effort into proving that you didn’t receive them. Same for IRAs, pensions and annuities if you are “of a certain age.” Harder to claim them, or Social Security benefits, if you haven’t hit what Washington considers to be a normal retirement age.

However, the new Schedule 1 offers even more opportunity to inflate one’s income. Toss in some alimony, even if you haven’t been married. And unemployment compensation — never mind if you haven’t been unemployed, or employed to start with. Rental real estate and farm income would require more work — schedules E and F, respectively, are required for them. But the sky is the limit for “other income.” Be creative. What did you always want to do on the side? Perhaps even spice it up a bit: live out your fantasy as a trans-national drug dealer, prostitute to the stars, or treasure hunter!

Of course, forget any adjustments to income, even if you have some. No self-respecting PM would lower his or her tax bill because of educator expenses, health savings account contributions, alimony, or payments to an IRA or other retirement plan. That also goes for deductions. The angry rich should take the standard deduction even if they have more itemized deductions. Presumably they should pay state and local levies without using them to cut Uncle Sam’s take. PMs who contribute to private charity shouldn’t write it off. They should just do the right thing.

The place where people can really inflate taxes is with the Schedule C. Just make up an entirely new business. Declare oneself to be an arms dealer or consultant to dictators or CEO of a company attempting to dig a tunnel to China. Frustrated PMs should have fun with their tax returns. Toss in lots of revenue and few expenses. The IRS would be unlikely to challenge a fake business which yields lots of real revenue to the government.

An advantage of the Schedule C routine is that it yields additional taxes, for Social Security and Medicare. A threefer! Every fake dollar added would add to the irritated wealthy’s sense of moral superiority.

When adding up taxes due, ignore any tax credits irrespective of eligibility. Why take money out of the hands of needy politicians just because the law entitles one to do so? Remember, the PM’s objective is to hike his or her income liability.

Do the numbers. Then see if the tax hit is enough. If not, go through the process again. PM’s should increase the numbers until they get the results they want. After all, that’s how the taxpayer-supported politicians govern the nation. They just make up whatever is necessary to justify their behavior.

Although a little self-help like this would appear to be the answer to a PM’s dilemma, a few might still feel the need for a legal prod. A bit like the masochist, they need to feel Uncle Sam’s lash and hear his demand for their submission.

Congress could help by adding a new line to Schedule 1. In fact, the IRS has reserved four lines for future use. One of those could go for the “Patriotic Millionaire supplemental.” Those feeling guilty about how little they pay would be directed to apply an emergency surtax for the public good ranging between 10 and 90 percent. That would act as the tax increase which they desire without punishing anyone else.

There’s nothing wrong with someone believing he or she should pay more to the feds. Any fool can see that Washington is underfunded, politicians have used past tax revenue productively and efficiently, more should be spent to protect, coddle, and reassure America’s rich allies, ever-increasing middle class welfare is essential, and Washington’s special interests are the widows and orphans of our time.

But if Congress continues to resist the idea of a tax hike, Patriotic Millionaires should act on their own and just pay more. They should stop waiting on others before doing their duty. They should act now, this tax season, like the patriots motivated by love of country they claim to be.

Doug Bandow is a Senior Fellow at the Cato Institute. He is a former Special Assistant to President Ronald Reagan and the author of several books, including The Politics of Plunder: Misgovernment in Washington.