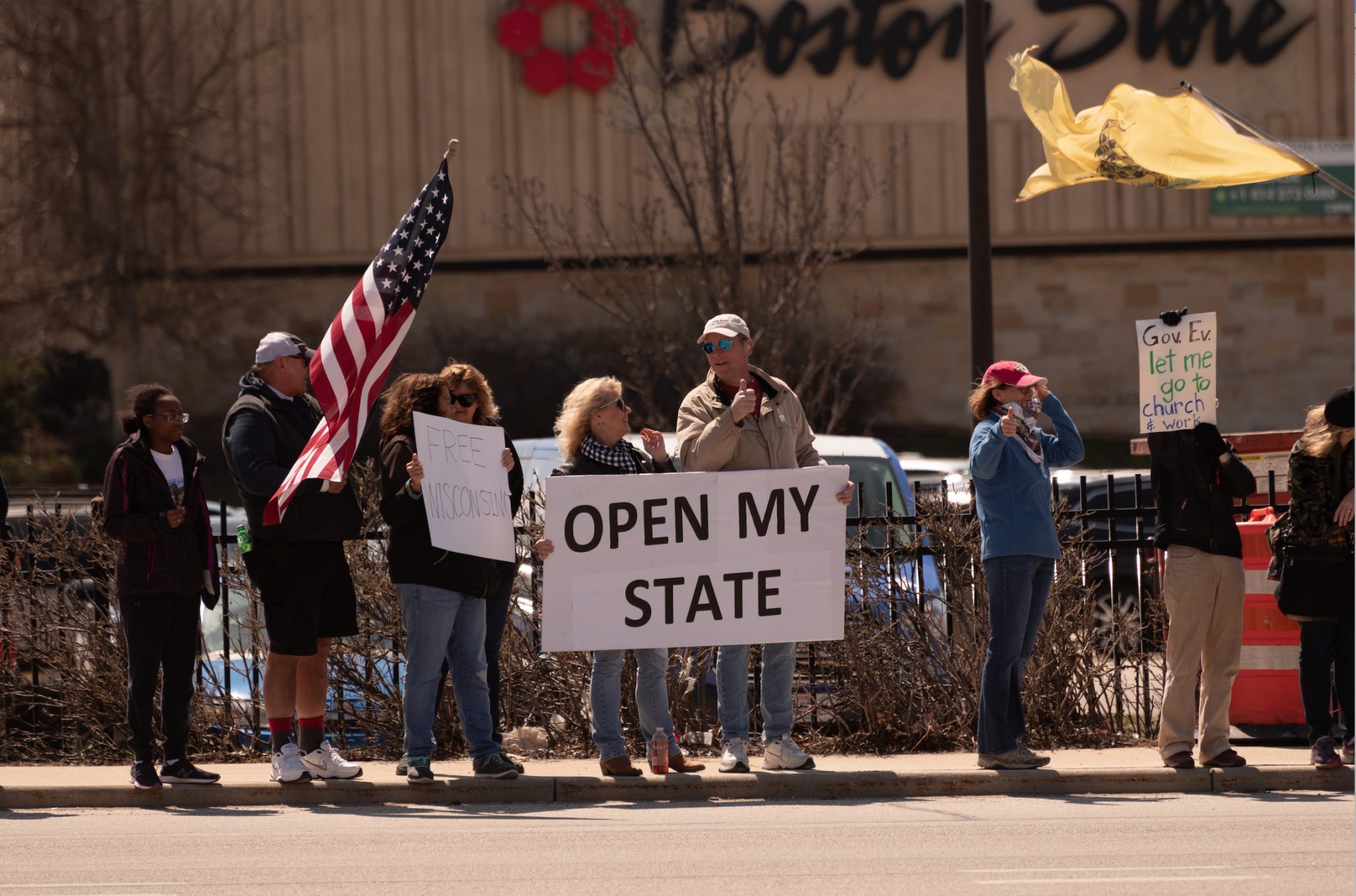 “So the city was filled with the confusion … Now some cried one thing, some another, for the assembly was in confusion, and most of them did not know why they had come together.”
— The Acts of the Apostles, 19:29-32, Revised Standard Version.

And, hey, that wasn’t even Washington, D.C., or New York City. It was Ephesus during the first century, with the theological credentials of Paul the Apostle at the center of the storm as he undertook, in the city’s view, to dislodge the goddess Artemis from her accustomed centrality in local piety.

We are not quite there in America amid the coronavirus pandemic, but the hour could be coming. A reaction to the lockdown is shaping up. Some cry one thing and some another, and the country is filled with confusion — massive, disabling, dangerous.

At a moment ripe for mature leadership, we get “leaders” volubly poor-mouthing each other, as chronicled by commentators with axes to grind, previously used to slice through the necks of those with contrary political convictions.

It could be worse. We could have totalitarian riff-raff — the Chinese Reds come to mind — telling intellectually capable citizens what they may think and say. That’s the other extreme. The middle ground is the presently unoccupied territory.

Among the fantasies of the media is something the intellectually lazy like to call “populism,” without bothering to acquire any knowledge of the word’s meaning, with all its historical implications. The populism narrative has to do with plain folks rebelling against the iron grip of corporations or unions or various “swamp” creatures.

At the center of more plausible accounts, if we bothered to consider them, would be ordinary Joes and Janes who mainly want to succeed at their ordinary lives but can’t because people of power present themselves as knowing what’s best for them.

Like now, what with many leaders having scared the wits out of the population — first, by telling people with hardly any chance of contracting the virus they can’t go about their normal pursuits and then by assuring them the lockdown is too urgent to discontinue very soon. This in the face of scientific evidence or indications, such as a study at Stanford University’s medical school, that the chance of dying from the virus could be as low as 0.05 percent.

You can’t call one or two or 10 pieces of evidence dispositive, but a near-total lockdown of the economy with attendant disruptions and hardships and wars against common sense means arguments for normal living. Populism in the sense to which I have referred — rebellion of the plain folks — is fueling a movement that daily becomes more evident. More and more of “the people” want to get on with life. And mean to.

A hero of the breed might be Eliot Rabin, 78, hence a member of the demographic most threatened by COVID-19, who just reopened his Upper East Side boutique in New York City — without bothering to beg the mayor’s or governor’s permission. He rhetorically asked the New York Post, “Why is a liquor store essential, and I’m not?”

I don’t know, Brother Rabin. And maybe the neck you have exposed to fate will end up severed by the medical or governmental guillotine. The point is a little larger than that. The point is, a kind of instinctive understanding that resides in the minds of the nonrich and nonfamous cannot be left out of discussions featuring in the main the stars of TV politics.

Democratic populism, I am guessing, means properly that the more parties there are to important discussions, the wiser the decisions we make. I move we take into account in these times the views not just of nameless scientific “experts” and political big shots but also the opinions of the growing numbers of Americans unable to view the matter just in scientific terms — tests, immunities, and so on.

Lost jobs matter; thwarted endeavors should be figured in, as should smashed livelihoods and sagging public morale. We’re in one awful mess. We should listen carefully to those who cry one thing. Then we should turn to those who cry another, as we struggle to our knees.