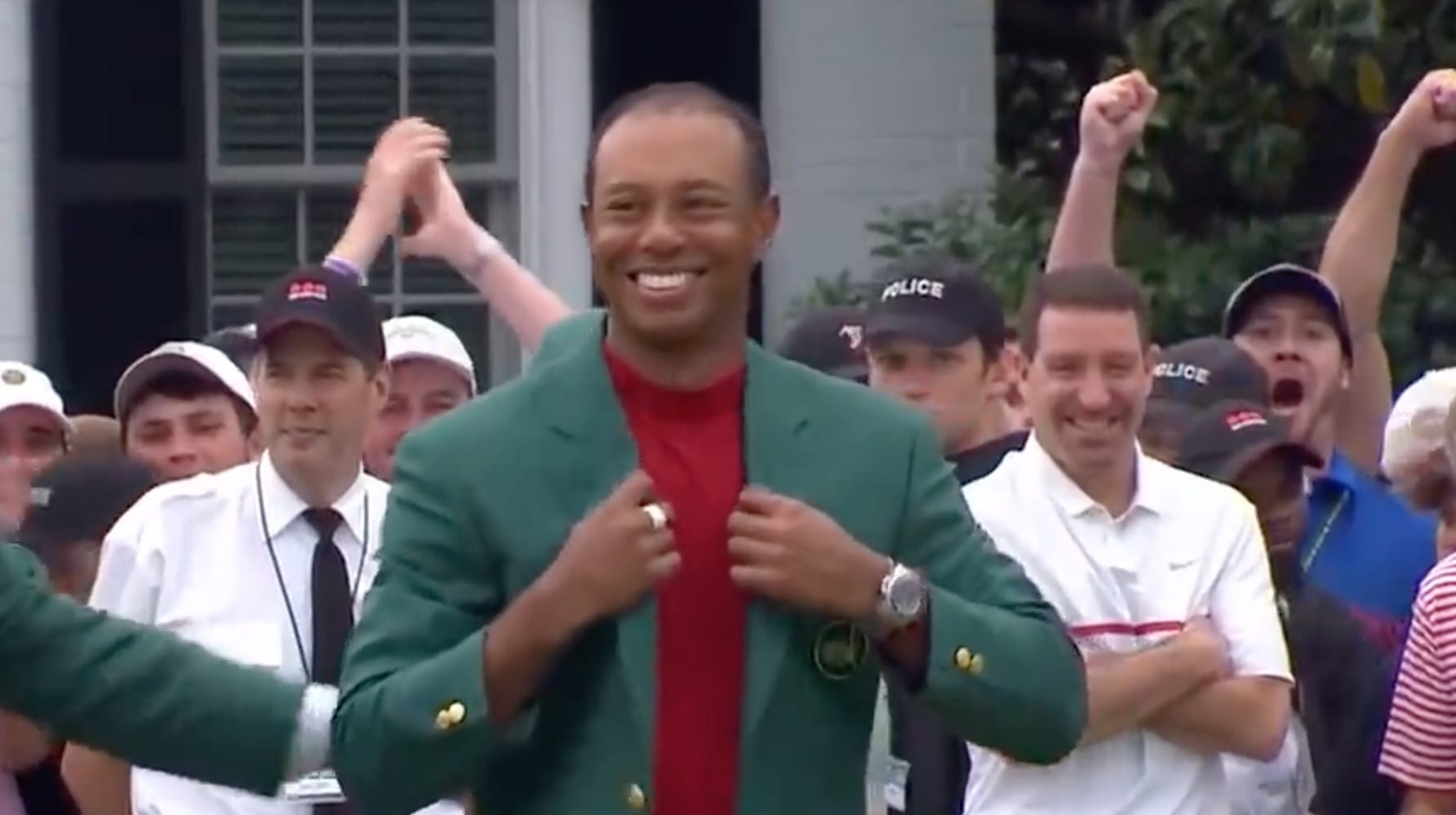 “There are no second acts in American lives.” The line is F. Scott Fitzgerald’s and it is overused and demonstrably false as Tiger Woods proved on Sunday at the Masters. Fitzgerald probably would not appreciate the way his famous line has been turned into a cliché. He likely had intended it as one character’s brooding thoughts in a novel he never completed. Perhaps he had it mind for that character to experience a second act, disproving the gloomy aphorism. Maybe he was even imagining something like the resurrection of Tiger Woods in the Masters on Sunday.

It had been a long time wandering the deserts of injury and disgrace for Woods. He was thought to be finished after a sex scandal and injuries had brought him down from heights of celebrity which only a few other American athletes have ever experienced. One thinks of Michael Jordan. Muhammed Ali. And… well, hard to say. Nobody comes immediately to mind.

In the days when he was routinely winning championships — major and otherwise — you saw his image everywhere. He looked at you from the walls of airport concourses and he spoke to you from the television. If you tuned in to watch golf on the television, often as not the show could have been called, “Tiger wins another.” He was on a path to break Jack Nicklaus’ record of eighteen victories in major tournaments. This was one of those numbers that was thought to be invulnerable. Until, that is, the advent of Tiger Woods, after which it seemed like only a matter of time.

The injuries and the requisite surgeries were, if anything, worse. It didn’t matter if the media and commercial image that had been so carefully crafted was untrue. Most of them probably are, to one degree or another. But there was nothing but pure truth about Tiger Woods, the athlete.

Tiger Woods wanted to be known as the greatest ever and the only real argument would be made by partisans of Jack Nicklaus who had those 18 major championships and, perhaps, Ben Hogan who may have finished his career with that many, or more, if it had not been for a near fatal traffic accident and the outbreak of World War Two. He had few opportunities, but he took advantage of them, winning nine major championships over a stretch of 16 starts,

So if, and when, Tiger won his nineteenth major — as it was assumed he inevitably would — there would be no more argument. Some new young gun would have to come along and take that title away from him. And there didn’t seem to be anyone fitting that description, stepping up to the first tee at any tournament where Tiger was playing.

But, the injuries and the surgeries seemed to signal the end of the chase. Bad knees and a bad back would make it impossible for him to execute that powerful, almost violent, swing. Too much torque. Too much pain. Too many times around the track.

He won the last of those fourteen majors, the U.S. Open, in 2008. He’d won his fourth Masters in 2005. This put him even with Arnold Palmer and one behind Jack Nicklaus. Not bad company. But he’d had more in mind when he began his quest.

This year, he came into the tournament looking strong and fit and ready to compete. But he was, at 43 almost, almost an old man in a crowded field of young guns. Jason Day, Rory McElroy, Dustin Johnson, Brooks Koepka, and others had been winning the recent majors and they played the way he did. Which is to say… aggressively. They wouldn’t be backing down the way the field had when Tiger famously took one U.S. Open by 15 strokes.

He hung around the top of the leaderboard for the first three rounds. Went out in the last pair on Sunday. And he played it almost like the thing was boxing and it was his style to win as a counterpuncher. He was still two down on 12 when the leader, Francesco Molinari, dumped his tee shot in the water.

From then on… well, someone might have written it. Perhaps even Fitzgerald as a way of disproving his own aphorism.

He won his fifteenth major so easily that you couldn’t help thinking that this was the opening scene of the second act.

Tiger is undeniably and emphatically back.