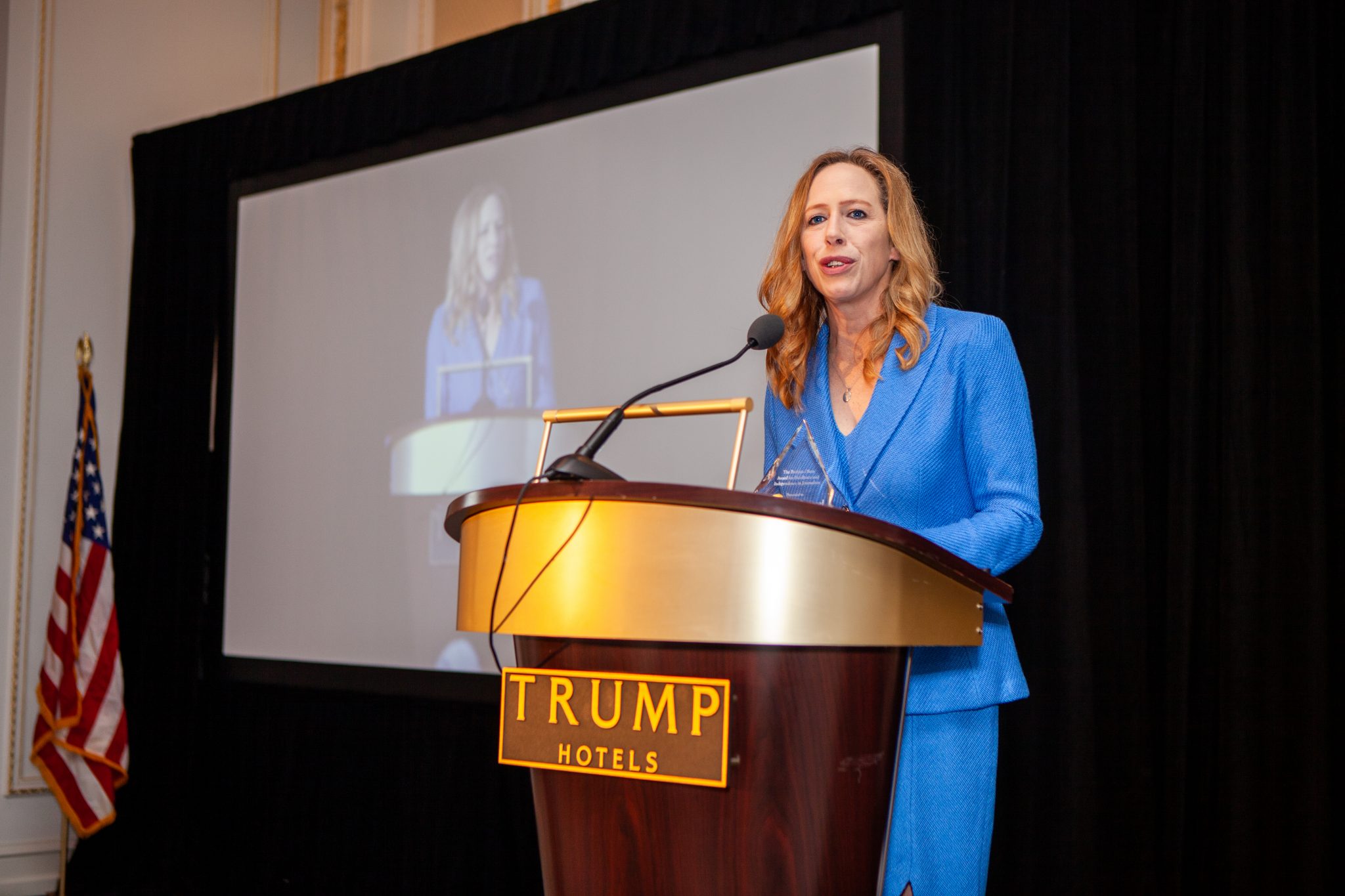 Kimberley Strassel received the Barbara Olson Award for Excellence and Independence in Journalism at The American Spectator’s 52nd annual Robert L. Bartley Gala on November 7, 2019. Strassel is the author of the “Potomac Watch” column in the Wall Street Journal and the book Resistance (At All Costs): How Trump Haters Are Breaking America, out last month from Twelve Books.

“I want to thank The American Spectator for every year honoring Bob Bartley. Bob Bartley hired me at the Wall Street Journal, and if not for that, I wouldn’t be out doing what I do today,” Strassel said.

“If I’ve had any good stories over the past few years, and I hope I have, it’s in part because my mainstream media counterparts have not done a very good job. And we can say, ‘Yay, us,’ that we did, but it’s still not good for our society. In the book … I wrote a whole chapter on the mainstream media and their role in what we’ve seen in the Resistance in the last few years.”

Strassel acknowledged that media bias is nothing new, “but this is different. They’re overtly, actively engaged in one side of a partisan war.”

“Maybe if they’d maintained the same standard — one standard instead of two standards of how they handle political parties — we wouldn’t even be having the impeachment drama we have right now,” Strassel said. “I think it’s very hard for the press to one hand say that it was perfectly fine for the Hillary Clinton campaign to funnel disinformation to the FBI for use in surveillance against a political campaign but that it is an impeachable offense for Donald Trump to mention Joe Biden on a telephone call. They are simply not comparable.”

Strassel said Americans rely on the media to “act as a neutral arbiter of things” and “call balls and strikes,” and many news outlets haven’t been doing that.

“The good news? We have a free press,” Strassel concluded. “We had lots of people, many of whom are in this room, who did tell the real story of what happened over the last few years and who will continue to do so. And for that, we should be very grateful, and we should be very thankful that The American Spectator is one of those contributing to that and also making sure that we remember what’s important in a free and fair press.”

Watch her full remarks below, and check out a panel discussion on the dangers of Big Tech with the creators of the Creepy Line documentary here.