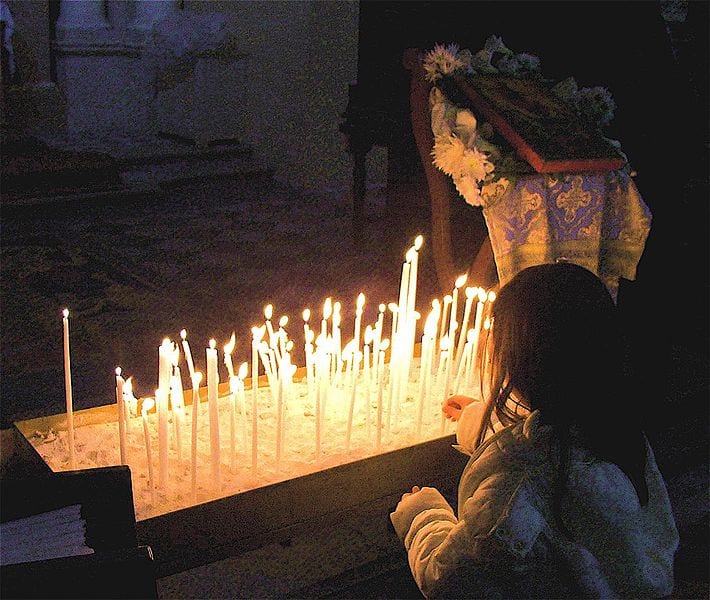 The American Spectator and I lost a friend with the unexpected death last week of Thomas Craughwell. His death, at age 61, came as a big surprise, and we have no details as to the cause. In fact, the way I learned about Tom’s death shows my surprise: I had just received a copy of his brand new book on heroic military chaplains, for which I had written the foreword. The book turned out beautifully. I simultaneously emailed Tom and his editor to commend them on a job well-done. I even copied a filmmaker suggesting Tom’s book as possible material for a documentary. I then received a quick reply from Tom’s editor sharing the terrible news. He, too, had no details. Nothing has been reported in the press or anywhere beyond the posting at the website of the funeral home.

Tom was a prolific author of at least 35 non-fiction books. I first heard him on Al Kresta’s syndicated radio program, “Kresta in the Afternoon,” when Al had interviewed Tom about his wonderful little book, St. Peter’s Bones. It’s about the little-known extraordinary excavation of the literal bones of St. Peter under St. Peter’s Basilica in Rome at the Vatican in the 1940s. It was done under the super-secret order and guidance of Pope Pius XII, while the Nazi wolves were at the doorstep. It’s a terrific story, and Thomas Craughwell told it so well.

Al Kresta interviewed Tom on a number of occasions. “Tom was a versatile, fun writer and a great brother in the faith,” Al told me. “I was initially reluctant to interview him because he was prolific on so many topics and I steer away from those kind of writers. They skate fast over lots of thin ice and I fear asking follow-up questions or probing in depth. Who knows what little knock will crack the ice? But one of his topics (was it Stealing Lincoln’s Body?) caught my eye because I had just watched a documentary on it. He turned out to be the exception to my rule. He was a blast. [We] returned to him on a number of occasions.” Al said that Tom was “one of those guys whose age could have run from late twenties into his sixties. He was an energetic, engaging, fresh voice, wonderful sense of humor and irony.”

The book Stealing Lincoln’s Body provided Tom’s initial connection to The American Spectator. He had come to the Spectator offices to interview Bob Tyrrell for the book. Yes, leave it to Bob Tyrrell to have a link to Lincoln. It was Bob’s great-great grandfather, Patrick Tyrrell, who helped save the day by, well, saving Lincoln. (For more information, you’ll need to order the book.) From then on, Tom became a friend of the magazine.

“I’m simply stunned and very saddened,” said Wlady Pleszczynski upon hearing of Tom’s death. “In recent years especially Tom had become a frequent contributor, always congenial and eminently readable and so knowledgeable on a wide range of subjects, and underlying so much of it was a profound and humane Catholic-American understanding.”

Wlady says it well. Tom was eminently readable as well as knowledgeable on a wide range of subject areas. And across all of them, he was a faithful Catholic of keen insight. His versatility was increasingly demonstrated at The American Spectator in recent months, as he had started contributing to the website more so lately than any time in his long writing career.

Above all, Tom was a thoroughly decent guy. His editor at TAN Books/Saint Benedict Press, John Moorehouse, called him a “wonderful man” and an “an incredibly nice guy.”

Such a nice man that when I first met him via email, telling him how much I loved his book on the bones of St. Peter, he literally replied with an “aw shucks” subject head. That was typical of his personality.

We say goodbye to Tom Craughwell, a prolific book author and faithful, talented storyteller. He leaves us surely too soon, taking with him a lot of good stories that he could’ve continued to tell.