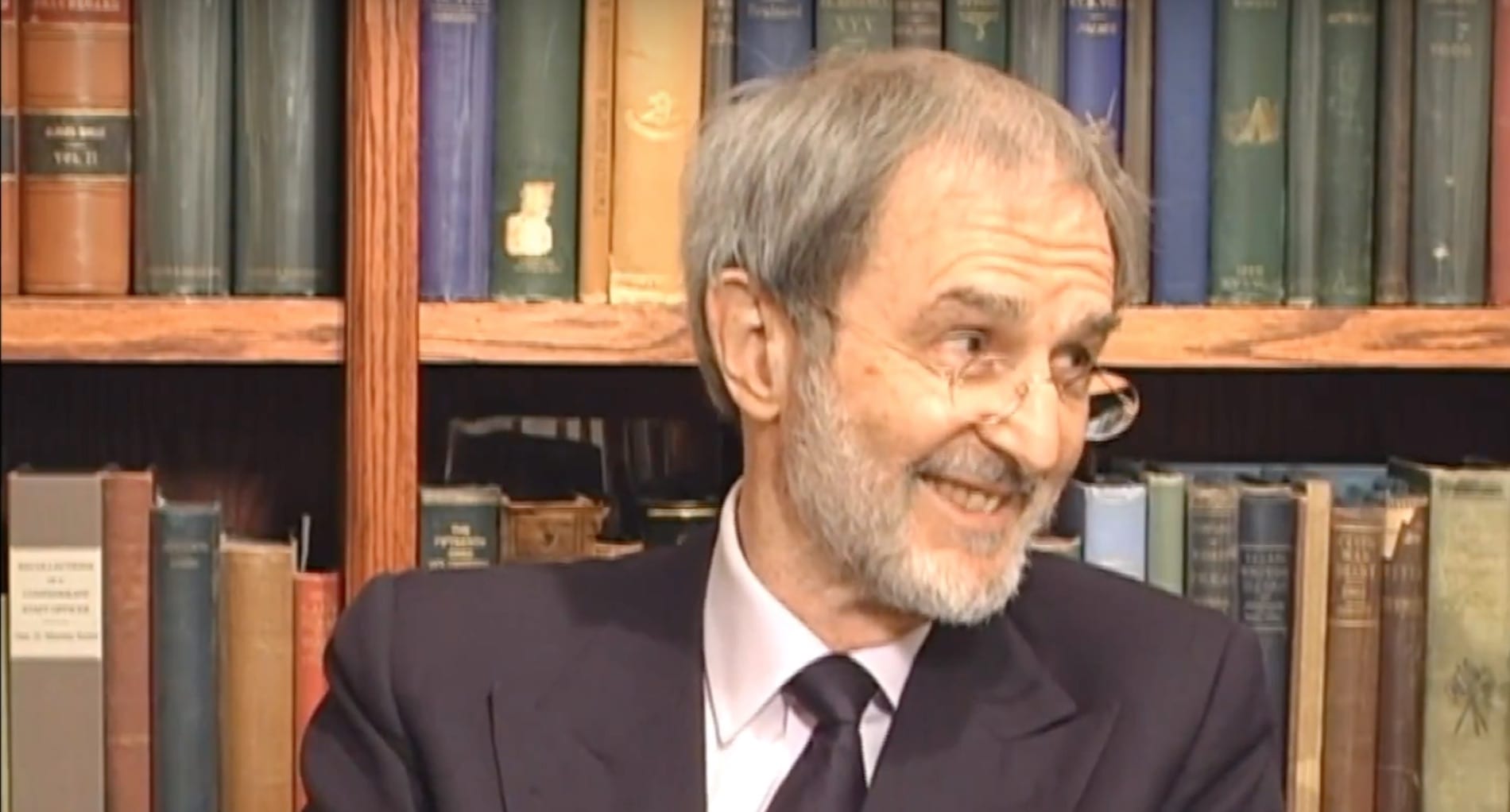 I remember that morning as if it were yesterday. I was in my twenties, about to launch my book on H. L. Mencken, and looking for a job. The lobbyist Nancy Clark Reynolds, who knew Ronald Reagan, had suggested my name to the historian Edmund Morris, whose magisterial biography of Theodore Roosevelt had won him a Pulitzer. Now he was seeking a full-time researcher for his new biography on the President. “This is Edmund Morris,” a British voice announced on the telephone. I was so surprised it took me a moment to reply.

Daily, from 1987 to 1989, I reported to Edmund’s townhouse on 119 Second Street N.E., to commence one of life’s sweet adventures: what turned out to be a literary apprenticeship and lifelong friendship with him and his wife, biographer Sylvia Jukes Morris. On my very first day at work the front page of the Washington Post bristled with black headlines about the Iran-Contra affair. My task was to transcribe Edmund’s most recent interview with the President, who was upset about the scandal. Reagan was a man, as Edmund said, whose “gentlemanliness persists, even as other qualities fade,” an observation borne out once Alzheimer’s sadly set in.

The work was intense and the hours were long. Biography, as Edmund said, “is about the hardest literary labor there is,” and he thought no one but a masochist would ever remain in such a profession. I prepared and often accompanied Edmund on interviews and research trips in Washington and the West Coast. One of my more esoteric assignments was to document the landscape around the Reagan Ranch on horseback.

I recall the thrill of attending a private dinner for twelve at his home with the President and First Lady, as a helicopter circled overhead, checking for snipers, while within the dining room the President regaled us with courtly good humor. The President and Edmund had an easy rapport, but I remember at the end of the evening, as, ever so subtly, the President’s eyes clicked, he shook our hands and without a flicker of recognition waved farewell. We had not been individual guests around a candlelit table, but simply dinner guests who had been entertained. As the years went on, the inscrutability of the man began to wear on my friend. No one seemed to really know Ronald Reagan. He was as opaque as alabaster.

Edmund was typically British in the sense that he was intensely private and fiercely guarded his solitude (a visit from Michael Deaver, Richard Dreyfuss, or Bob Woodward to the house was welcome but rare). He was also exceedingly formal. He hated nicknames. Once, after a call from Attorney General Ed Meese, Edmund sighed: “How do you tell someone you don’t want to be called Ed when his own name is Ed?”

Edmund’s literary output was prolific, his creative mind perpetually having “a serious attack of adjectives” even when he goofed off, which was seldom. For relaxation, he read P. G. Wodehouse or Evelyn Waugh (a favorite), played on his Steinway (he once dreamed of becoming a concert pianist; the effect of orchestration evident in his prose), or expertly designed a shoe closet for “her Majesty.” He wrote with a fountain pen, but, as a self-professed nerd, took pride in owning one of the first computers, which glared like “a burping gray toad” from a corner of the office. Notes from him were accompanied by drawings, clever witticisms, or lessons on the craft of biography: “Continue to cast your net wide, wide, wide: that’s the essence of imaginative research.” The letters continued after I left his employ, full of gossip, encouragement, and advice. “And remember,” wrote “Uncle Edmund” in his distinctive script, “steel yourself equally against praise and blame. The only critic that matters is your heart.” If Dutch later caused historians to “burst blood vessels,” as Edmund put it, he took his own advice and did not seem to care.

One evening after working late, Edmund, knowing my distaste for the metro, expansively loaned me his new Jag. I zoomed off in that glossy monster that seemed to drive me, and headed towards Bethesda. I promptly ended up in Anacostia. After four hours I somehow steered the beast back to Edmund and Sylvia’s driveway on Capitol Hill. Through my tears I saw them both through their dining room window, calmly eating dinner by candlelight.

If the day was in the mid-70s, breezy and sparkling, Edmund would declare “This is a champagne day!” and research at suffocating libraries would be temporarily suspended, the 5×8 cards abandoned. Then we would detour for a spontaneous picnic at the National Arboretum, or take a field trip along winding roads to artist Tom Bostelle’s gallery in the Brandywine Valley, or purchase fragrant alyssums for the garden. I intensely thought of Edmund this past May 22 — as it turns out, the day before his fatal stroke. It was a “champagne day” here in Washington and absolutely delicious, a day when no one, least of all a writer, should dare think of working indoors.

I grieve that the literary world has lost such a talent and that his wife is denied the company of a soulmate who adored her like no other. To Edmund, Sylvia was the epitome of femininity, beauty, intelligence and good humor: quoting from Shakespeare, he wrote, “she is my essence.” I take some comfort in recognizing that Edmund did not finish like William Manchester, who, like his own mentor H. L. Mencken, suffered the effects of a stroke that left him incapacitated, unable to read or write year after horrific year. But I selfishly lament that the world has lost a true original and generous friend all too soon, as we make our way among those lesser souls who proliferate in our midst.

Marion Elizabeth Rodgers is the author of Mencken: The American Iconoclast.