Americana,Politically Correct,Top Story Political Correctness What’s So Offensive About the ‘Redskins’ Name? - The American Spectator | USA News and Politics
Menu
Politically Correct
What’s ‘Offensive’ About ‘Redskins’?
Besides the liberal obsessives out to cause trouble.
by Mark Hyman
Olga Bogatyrenko/Shutterstock.com 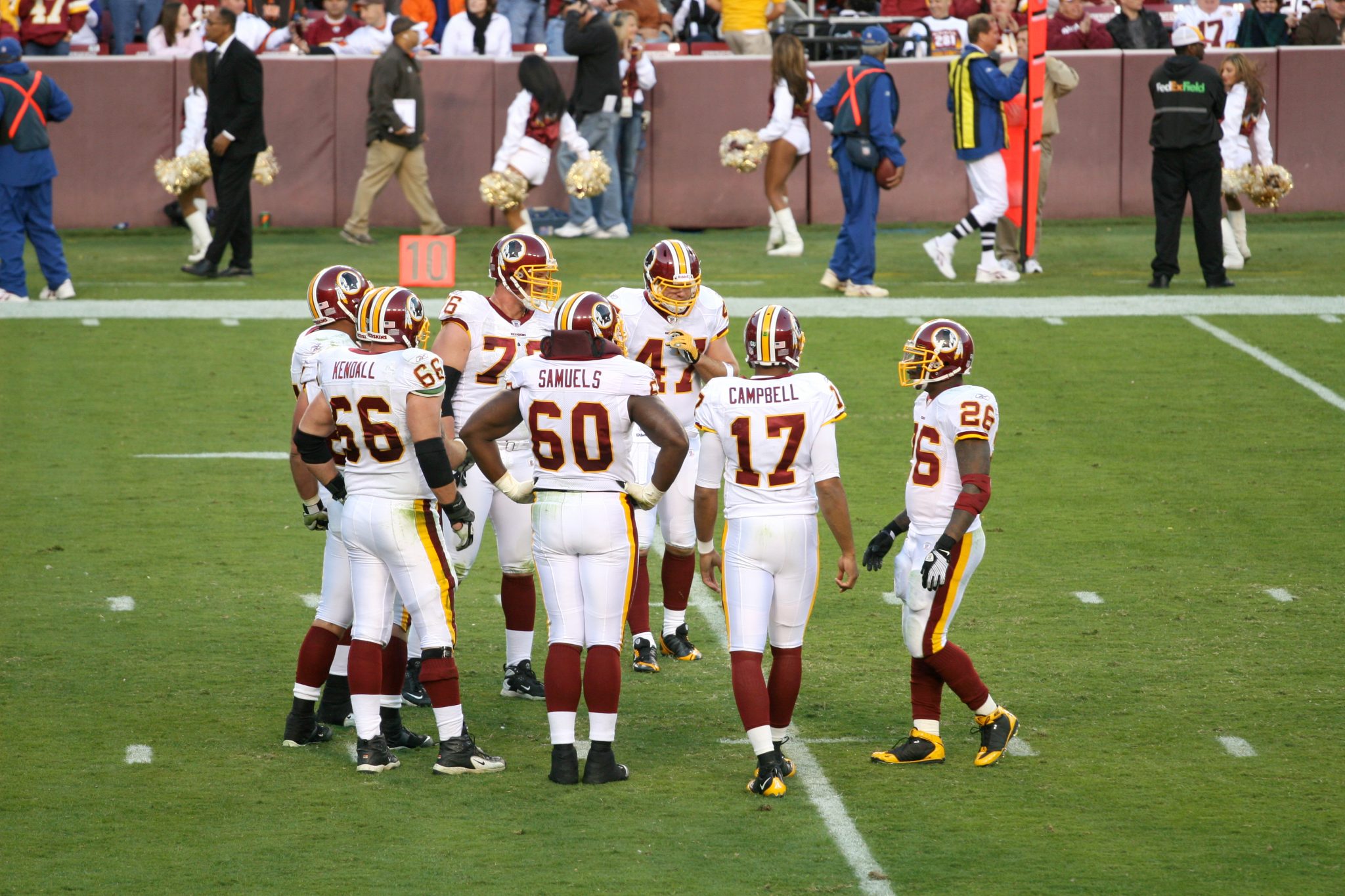 Once again, the NFL franchise in the nation’s capital is under attack. One activist campaign that arose from the rioting and lawlessness in recent weeks was pressuring Washington’s professional football team to scuttle its Redskins nickname. It’s offensive, critics claim. Offensive? Really? Would a professional sports team humiliate itself if it thought its name was anything other than proud and respectful?

About a half-dozen years ago, the brouhaha over the Redskins name was led by a white, liberal trial attorney. Maybe he genuinely thought he had the duty to speak on behalf of allegedly offended Native Americans. Or maybe he was looking for a quick payday. He never let on.

About the same time, sanctimonious sportscaster Bob Costas delivered a tirade, calling the Redskins name a slur. If Costas truly felt so then, why had he used the name for 30 years?

Just in the state of California, more than 180 public and private schools have Native American nicknames, mascots, or imagery.

Perhaps the real reason for the Costas rant was that NBC Sports entered into a lucrative business deal with an Indian casino manager — who’s not even Native American — who was demanding the Redskins name change. In journalism, we call that a serious breach of ethical standards.

The legions of Redskins fans don’t appear to find their team’s name offensive. Neither do the Redskins of Red Mesa High School in Arizona. The students, faculty, and staff of Red Mesa are Navajos. They find the mere suggestion that their name “Redskins” is a slur to be ridiculous. They wear their Redskins name with pride.

Just in the state of California, more than 180 public and private schools have Native American nicknames, mascots, or imagery. There are hundreds more across the country.

We surveyed over 130 schools located on Native American tribal lands and reservations that fall under the Department of Interior’s Bureau of Indian Education. In other words, actual Native Americans. The schools are spread across the U.S. from Maine to Florida, and Arizona to Washington. Many schools have your run-of-the-mill animal mascots such as Eagles, Mustangs, Panthers, and Wildcats. Others are the Cardinals, Fightin’ Knights, Lobos, Mountaineers, and Thorpes (named after Olympic athlete Jim Thorpe, a Native American). Yet dozens claimed Native American mascots, such as Braves, Chiefs, Chieftains, Indians, Sioux, and Warriors.

Were these mascots forced on them? Were they proud of their Native American mascots and imagery? We asked them. Not a single school registered a complaint or expressed regret over their nicknames. To the contrary. Every single school that replied enthusiastically endorsed its mascot. Here is a sample of their replies. We’ll protect their identities to prevent the liberal mob from attacking school administrators and students.

A great plains school nicknamed the “Indians” stated, “We are an all Native HS, proud of our mascot.” Another school (“Chieftains”) replied, “The students have a lot of pride in their mascot.” “We are 100% Native American and … love we are the Braves,” one school responded. Yet another said they were “proud of the mascot” (“Warriors”). And the list goes on. One school forwarded a picture of its mascot, a fierce-looking brave.

Liberal activists may argue they are merely adolescents who don’t realize they should be offended. And, of course, liberals are all too eager to lecture minorities about what they should think. So, what about young adults? Haskell Indian Nations University, a four-year college serving Native Americans, plays collegiate sports as the “Indians.” And they are proud of that.

This Native American mascot brouhaha is the same political correctness cancer that infected the NCAA when it launched a witch hunt against the University of North Dakota over the “Fighting Sioux” nickname.

In 2005, the NCAA announced a complete ban on hosting post-season competition by 18 colleges that were using Native American mascots, logos, or nicknames. The ban was to become effective in February 2006.

The college sports governing body backed off its strident demand regarding some schools after learning that Native American groups endorsed use of their tribal names by their adoptive schools. The NCAA relented and gave the go-ahead for Florida State University, the University of Utah, and Central Michigan University to continue using Seminole, Ute, and Chippewa, respectively, without the risk of facing the post-season ban.

Why the NCAA assumed contradictory positions regarding two schools with identical nicknames was never explained.

In fact, the two tribes filed a lawsuit for the university to keep the name. But U.S. District Judge Ralph Erickson — apparently a white guy — dismissed the suit, ruling the tribes had no legal standing in the matter. The irony of the kerfuffle was lost on Erickson, who is a graduate of the University of Notre Dame — home of the Fighting Irish. Nor did the “Fighting Sioux” nickname appear to offend Erickson when he was invited to deliver the 2008 commencement address at the university’s law school.

Back in 2002, and eager to prove the point Native American nicknames are racist, minority students at the University of Northern Colorado adopted the nickname “Fightin’ Whites” for an intramural team that was complete with a logo depicting a Ward Cleaver–like character. The students were confident Caucasians would be in uproar over the offensive moniker.

Their effort had the opposite effect. The logo and nickname were wildly popular with whites and a nationwide demand to purchase the t-shirts emblazoned with both led to robust sales and profits of more than $100,000. A thriving business of selling “Fightin’ Whites” t-shirts continued more than a decade later.

It’s not just Native American mascots. Liberals everywhere are looking to get triggered. The students’ choice of mascot for the Corner Canyon High School was axed by the local school board in 2012. Located in suburban Salt Lake City, Corner Canyon was a new school that had just opened. Students slated to enroll in the school overwhelmingly voted for “Cougars” as their mascot. But the board felt the name would be offensive to older women. Their reason? “Cougar” is a slang term for older women who are attracted to younger men. The school board overruled the students and instead gave the school the nickname “Chargers.”

There is no word if shopping addicts find the nickname “Chargers” to be offensive.

Mark Hyman is an investigate journalist. His book Pardongate: How Bill & Hillary Clinton and Their Brothers Profited From Pardons was released on June 30, 2020. You can follow him on Twitter and Parler at @MarkHyman.