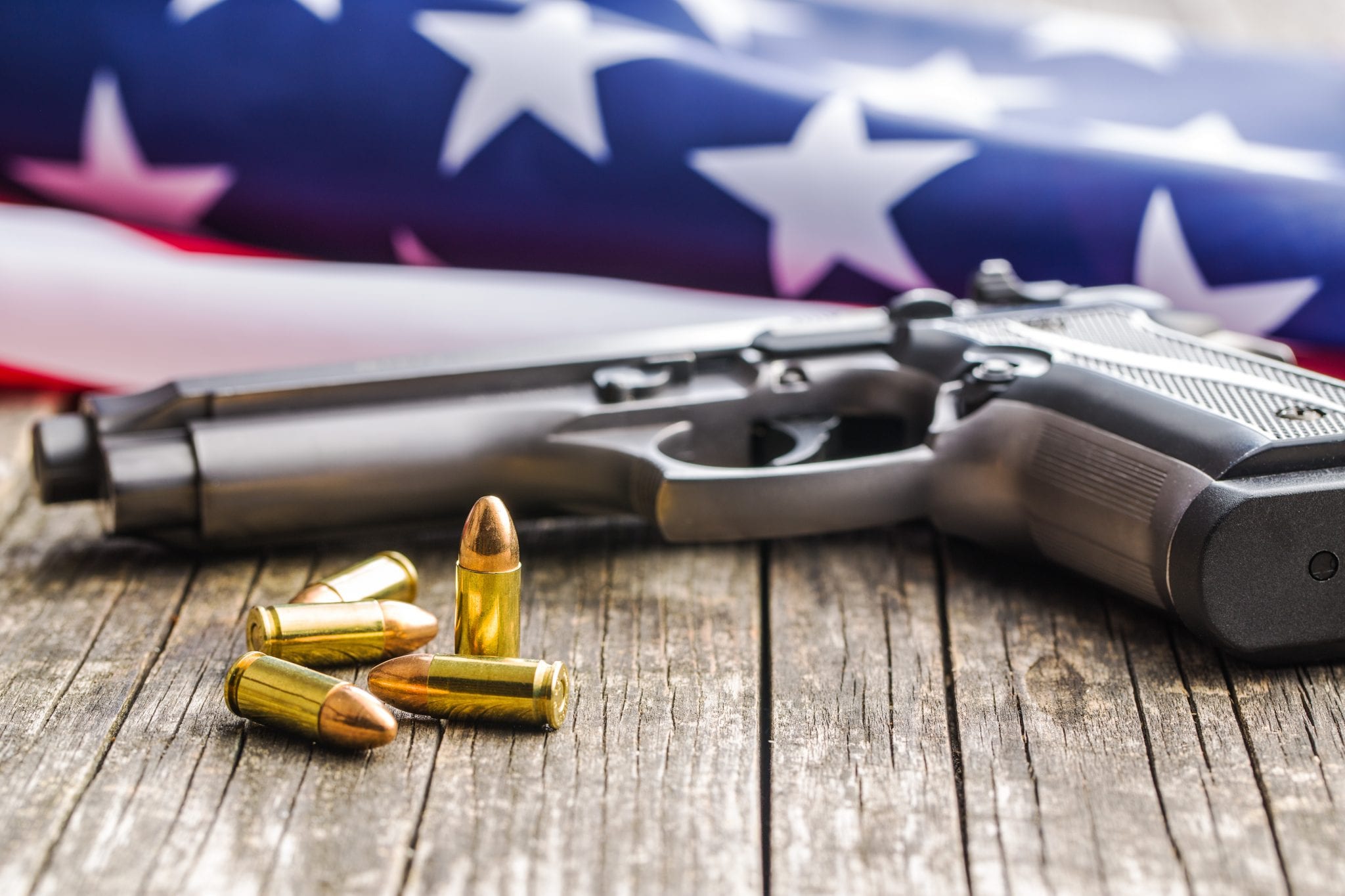 A real gun fight is underway in America today, and it doesn’t target criminals or gang members who possess guns. It’s a fight waged against law-abiding citizens and their right to own and use firearms of their choice for self-defense or other lawful purposes.

Red flag laws are a classic example of how the anti-gun lobby wants to choke off the Second Amendment rights of law-abiding citizens. These laws slowly erode our rights by creating a judicial mechanism that allows law enforcement to come to a gun owner’s home and seize lawfully owned firearms, based on mere accusations about the gun owner’s mental health or his potential dangerous future behavior.

It’s fairly obvious that violent convicted felons and people who are seriously mentally ill with violent tendencies should never have firearms. Yet people like this are turned loose by prisons and jails every day to wreak havoc on our streets, with or without guns. In spite of this reality, “progressives” want the law-abiding citizens disarmed. They want ordinary Americans to depend on government to protect our lives — that’s the same government that can’t keep Jeffrey Epstein alive while locked up in a 10-by-10-foot cell.

Red flag laws attack the liberties of American gun owners, one person at a time. Not a fan of your firearm-owning ex-spouse, sister-in-law, or neighbor? All you need do is fabricate an accusation that she is a danger to herself or others. All it will take is one person who holds a grudge and is willing to make a phone call articulating a credible story.

Red flag laws empower agenda-driven psychologists, police, politicians, and attorneys to move quickly against gun owners with court orders to seize firearms with virtually no due process for those accused. If such laws keep getting passed, gun confiscation could happen to anyone. Red flag laws place law-abiding gun owners at the mercy of social justice “do-gooders” and timid judges who will rubber-stamp confiscation orders simply because an accuser’s allegations meet the “straight face” test.

Don’t kid yourself with rhetoric about and delusions of “due process.” All the presumptions built into the court system will weigh against a gun owner in favor of confiscation. Many proposed red flag laws view having an interest in firearms or having recently purchased firearms as a risk factor in favor of taking away firearms.

Any gun owner caught in the net of a red-flag law will have costly and lengthy legal woes ahead of them. They will likely have to hire a lawyer, take time from work to attend expensive and time-consuming court hearings, and fight to regain their rights and property. They will not be able to recover their costs and legal fees. Even if they manage to win in court and recover their guns — whatever condition they are in — their name will be listed in government registries as someone who was “credibly reported” as a threat. They will be forever “in the system.” If you are poor or unable to afford an attorney, then good luck trying to win in court.

Don’t think the legal system can be abused for political reasons? Then perhaps you should be introduced to special prosecutor Robert Mueller.

Red flag laws will set a precedent for allowing government to micro-manage the right to keep and bear arms and convert this constitutional right into a mere privilege granted by government bureaucrats to only a select few.

These proposed laws tap into legitimate fears. Nobody wants to face a maniac wielding a gun, or any weapon for that matter. But gun grabbers aren’t interested in giving law enforcement agencies the resources they need to take guns from convicted felons. Nor will the Left likely endorse calls for a greater use of civil commitment of the mentally ill. And activists certainly do not want to allow ordinary Americans, who are the real “first responders” to any violent attack, to be armed to fight back against violent, evil thugs.

No, those railing against gun ownership wants to disarm all of society, but most particularly conservative, Red-State Americans. Red flag laws are their latest effort to do just that, one gun owner at a time.

Mark W. Smith is a bestselling author, an attorney and a Senior Fellow of Law and Public Policy at the King’s College in New York City. His next book, First They Came for the Gun Owners, is due in stores this October.