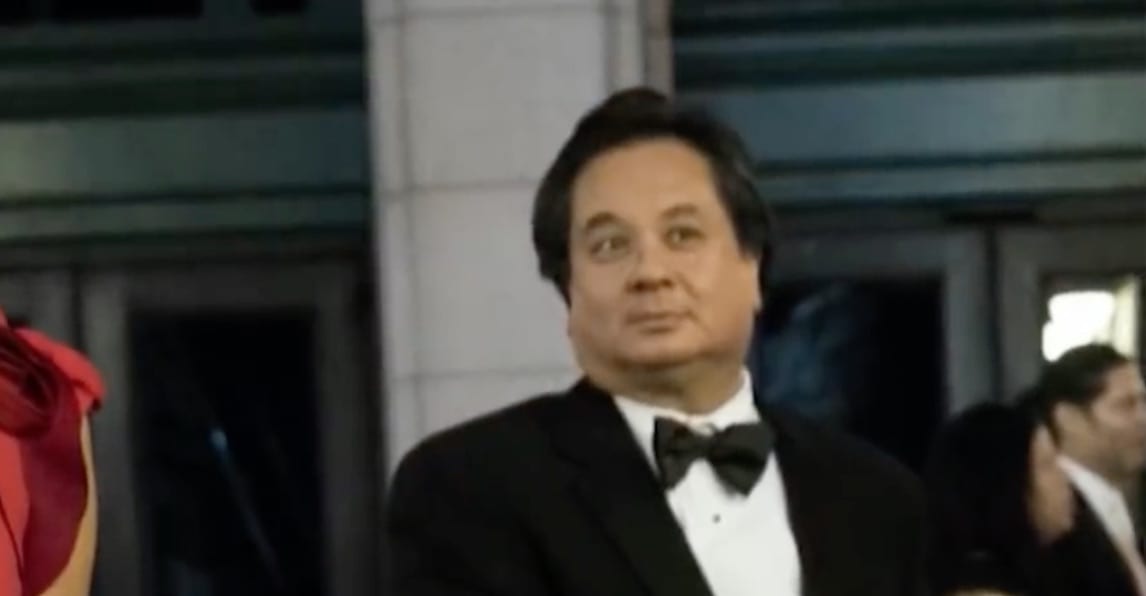 In the latest Tweet storm involving President Trump — this one with George Conway, Kellyanne’s husband — I am glad that the President finally has responded to him frontally. Something about Mr. Conway does not add up for me.

My wife, the love of my life and my BFF, worked for several decades at a great and prominent university. Years after she started working there, and long before I met her, I coincidentally attended grad school at that same university to earn my law degree and where I was Chief Articles Editor at law review. Unfortunately, as at so many other colleges, that campus now has become a welcome mat for virulent anti-Semitism. Much of the anti-Semitism there is led by Leftist Jews whose self-hatred is something that scholars who have analyzed Trotsky, Marx, Noam Chomsky, and Soros best can understand. I have written often on these pages about the sickness of Jews who seemingly live to undermine the core values of Orthodox Judaism and to attack the State of Israel in a way that they do not even go after Saudi Arabia, Cuba, China, or Russia and its antecedent USSR. It is a sickness born of two thousand years of persecution elsewhere, not in America, but nevertheless so ingrained that they seem to seek to flee desperately from their identity by demonstrating to everyone that they are citizens of the world, not parochial in the least. Think of a Bernie Sanders, who races to be first to support Ilhan Omar’s neo-Nazi writings (“It’s about the Benjamins, baby!”) and who brought into Democrat Party circles known Israel-haters, if not overt Jew-haters. It is a deep sickness, very hard to cure.

As overt anti-Jewish elements started emerging at that campus where my wife worked, I was tempted to write about it. I have tons of “street cred” there because, as noted above, I am an alumnus, and my three years there saw me win several awards and honors. Indeed, until the anti-Semitism, I donated several times to the law school. But one thing always held me back from writing about that school:

My wife was working there.

Understand that I was not restrained in fear that her job would be jeopardized if I wrote about that campus. Her job was more than secure — let’s call it “tenure” for lack of a better word — and her role there for nearly three decades was unique and deeply valued. Instead, what held me back was something else: basic decency, basic common sense. What we Jews call “mentschlikhkeit”:

1. A decent person does not bite that hand that feeds.

2. A decent person does not embarrass his or her spouse by publicly attacking the spouse’s employer.

3. A decent person knows that, in a world with many things to love and many to oppose, there is ample opportunity to express one’s views on a plethora of other issues and matters in ample vehicles.

4. Although I am absolutely not a “Feminist” — a field I concede to Jew-haters like Linda Sarsour, Tamika Mallory, and the rest of their Jew-hating Intersectionalists — I instead am a male who respects women deeply, does everything in my power as a law professor and rabbi to encourage and promote women’s successes in their career aspirations, and am sensitive to the historic inequities that held back women in the workplace. Thus, although absolutely not disadvantaged today, women historically were underpaid for work equal to men’s work and constantly had to prove their worth at the workplace in ways that men sometimes also had to, but often did not. Therefore, as a sensitive husband, it is appropriate for me not to undercut the value of my wife working where she did, from way back before she and I ever met.

5. I would not want my spouse embarrassing me with my employer by publicly attacking my employer viciously, with intense personal animus, at every turn.

Kellyanne Conway works for the President of the United States. That is one heck of an achievement. She is quite intelligent, though sometimes annoyingly loquacious and too obviously prepped with each day’s “talking points.” But no one is perfect, especially not I, and she is one of my favorites.

I think back to the public fun of the James Carville marriage to Mary Matalin. He — a crazy, truly entertaining nut-job of a Democrat with an excuse for every Clintonian embarrassment, but also very clever and witty. She — a Republican-Libertarian aligned with the George Bushes. We all enjoyed them, and they often publicly poked good-natured fun at each other and their political differences. That is OK, even charming.

But this utterly failed campaign of attempted character assassination and personal destruction that George Conway has been pursuing against President Trump for so long, with such bitterness, so overtly, so viciously, so vituperatively — all while his wife so publicly stands by the President and is known to be one of the President’s highest-ranking confidantes — actually brings shame not to the President but to Mr. Conway. Mr. Conway’s biography is impressive; he clearly is a man of some achievement. He graduated Harvard undergrad, then Yale Law School. He was a federal appeals court clerk, rose to be partner at a great American law firm. He co-represented Paula Corbin Jones, and he has argued and won before the United States Supreme Court. He was considered for several high legal posts in the Trump Administration, including Solicitor General. That post, however, went to someone else, Noel Francisco.

I do not know what goes on in the Conway marriage behind closed doors, but I have never seen anything like this in more than thirty years of rabbinic counseling and more than twenty years of concurrent law practice. I will not opine on Mr. Conway’s mental stability because (i) that area is outside my field of expertise, (ii) I do not have enough information on which to opine anyway, and (iii) it is not my way to engage in ad hominem writing regarding people who have not attacked Jews or me personally or who do not represent a threat to the common weal of the United States.

But something about Mr. Conway does not add up. As much as Mr. Trump’s tweet when he called Stormy Daniels a “horseface” disappointed me in a President whose policies and Presidential actions I support deeply, it is Mr. George Conway’s tweets about his wife’s employer that truly make me cringe. He is not winning the Twitter war he keeps trying to launch.