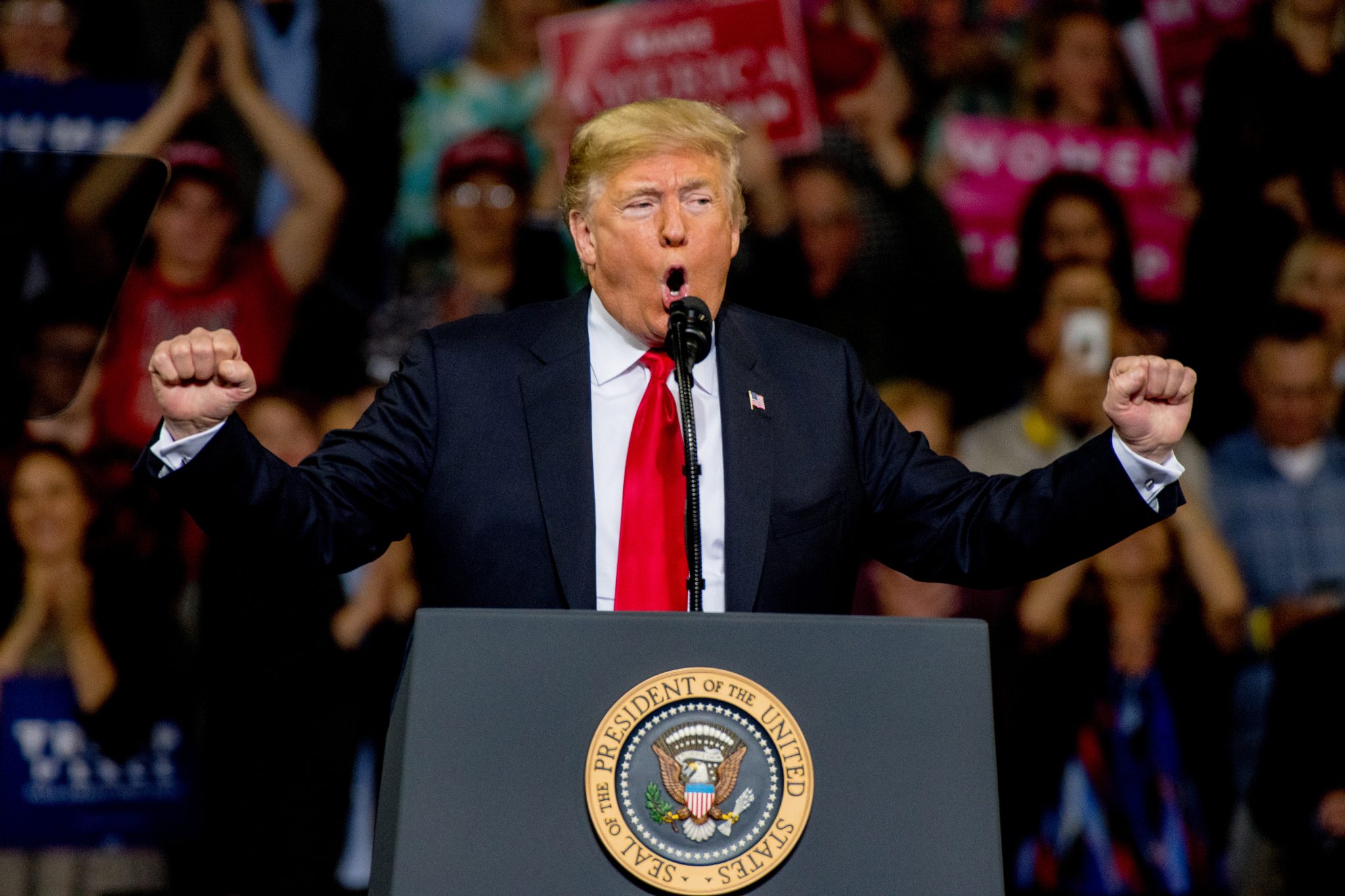 As we face at least two years of the hierarchal social justice that invariably comes with Democratic rule, one force can help occlude the decline — manhood. For four years, alpha male Donald Trump almost single-handedly kept a horde of Swamp creatures from slithering back into the corridors of power. They could only shriek and wail on large and small screens while he worked to better the country. Then the pandemic struck, allowing them to cow a meek populace into unprecedented submission. They forbade people every normal activity and intimidated them into abnormal ones, such as wearing a mask even when walking alone. Thus enabled, they infiltrated the electoral system, elevating a decaying, clueless figurehead to the highest office in the land. But one fact still sticks in their craw, for they know it could ultimately be their undoing. Real men voted for Trump.

Weak men such as Joe Biden and his controllers will cause serious damage, but not so much that strong men won’t be able to undo it.

A new poll from the Survey Center on American Life found that self-reported “masculine men” overwhelmingly supported President Trump in the last election, 55 percent to 35 percent (“less masculine” men went for Biden 58 percent to 40 percent). Yet even without the alpha dog in the White House, these masculine men will battle the Swamp. That’s because tough guys will do what they always do: usurp tyranny and unreality, beginning with the liberal dream of a Rainbow Coalition. The greatest obstacle to a permanent majority of minorities is male bonding, which partly explains the record high non-white turnout for Trump. In the same poll, 71 percent of black men and 70 percent of Hispanic men (a group that includes me) identify as “completely masculine.” Pitiably, only 54 percent of white men do — too many having buckled under their racial and gender shaming by liberals.

Still, these numbers strike fear into the heart of the Left, especially among academes who understand anacyclosis, an Ancient Greek term describing the historic cycle of regimes. Scholar Spencer Klavan summarized the concept in his highly instructive “Young Heretics” podcast with a quote from novelist G. Michael Hopf: “Weak men make bad times. Bad times make strong men. Strong men make good times. Good times make weak men.” America today is somewhere between the first and second cycle. Weak men such as Joe Biden and his controllers will cause serious damage, but not so much that strong men won’t be able to undo it. And their number should increase with a little help from the culture — or, as is now the case, the counterculture.

This explains why the liberal mob, spearheaded by the Hollywoke castrati, is hellbent on erasing “toxic masculinity” in the arts. To this end, they have transgendered some of the greatest pop culture creations of all time, replacing or supplementing their beloved male heroes with ridiculous female variations: Star Wars, Star Trek, 007 (James Bond’s successor in the upcoming No Time to Die), Sherlock Holmes (Enola Holmes), Mad Max, and others. Boys once had a multitude of role models on screen – superheroes, cops, cowboys, comics, soldiers, spies. Those seem to have completely disappeared, when not portrayed by women.

If I had a son, I would struggle to find a modern screen product he could relate to, so I would urge him to watch on Turner Classic Movies the great films I grew up with (Gunga Din, The Mark of Zorro, anything John Wayne, The Magnificent Seven, The Guns of Navarone, any Connery Bond) and classic TV reruns (Star Trek, The Man From U.N.C.L.E., The Big Valley, The Virginian, The Rockford Files, The A-Team, Miami Vice), all fun and manhood-affirming.

What my nonexistent (for now) young son won’t watch while I have a say is any show produced by Hollywoke today. All are downright male repellent, to white men in particular. Case in point: the CBS situation “comedy” The Unicorn. In last week’s excruciating, horribly acted episode, “It’s the Thought that Counts,” white beta male Forrest (Rob Corddry) gives his black beta-male friend Ben’s (Omar Benson Miller) young son Noah (Devin Bright) a silly-looking little blue water pistol that would be laughed at by any real boy. Bright has to act all excited with a cliched, “Oh wow! Thanks, Forrest! I’ve never had one of these before!” Then follows a beyond phony, awkward, Screenwriting F-grade exchange between Ben and Forrest that wallows in Black Lives Matter propaganda:

“Hey, Forrest, did you just give Noah a water gun?”

“Great. Now I have to go take it away from him.”

“There’s a reason he’s never had one before, Forrest. It looks like a gun.”

“It doesn’t look like a gun. It’s neon blue. What am I missing here?”

The implication being that because Noah is a young black boy, the police might see him waving a blue water pistol around and gun him down. There’s no suggestion that he has a much greater chance of being shot by other black boys waving real guns. But that wouldn’t happen in Beverly Hills or any other part of Hollywoke, only in America.

What kind of eunuch does watch The Unicorn and similar series? The kind who voted for Joe Biden. And the kind that bought a copy of my new novel The Christmas Spirit, a sweet Yuletide romantic ghost story, just so he could trash it on Amazon with an average-lowering one-star customer review (most are five-star), doubtless because of my opinion pieces for The American Spectator. But he idiotically gave away the game, writing, “Same old story, redone by a right-wing antagonist. I couldn’t get past the second chapter.” No real man would ankle-bite like that. When we finally counterattack with our own screen material, it’s going to be a short culture war.