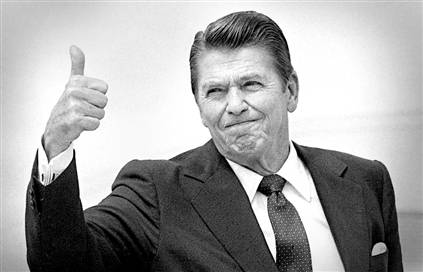 Thirty years after the end of his presidency, D.C. is still hard at work proving Reagan’s “Reaganisms” true. Last week it was “We’re from the government, and we’re here to help.” This week it’s “If it moves, tax it. If it keeps moving, regulate it. And if it stops moving, subsidize it.”

I’m not sure Reagan meant it so literally, though. D.C.’s decision to impose a 6 percent tax on Lyft and Uber, using the revenue to fund its awful, dilapidated, unreliable, infuriating Metro system, so completely embodies Reagan’s caricature that it’s pretty funny. Or would be, if it wasn’t such a terrible policy.

Of course, applying a sales tax more broadly isn’t necessarily bad policy when it’s paired with other changes to keep government from raking in too many dollars. But in this case, the tax is expressly for the purpose of funding the Metro.

I won’t rehash all the ways that Metro is wasteful and the extent to which more money for a consistently bad system will not solve its inherent problems. I’ve done that before (uh, a couple times, it’s a very bad system). Suffice it to say that Metro is kind of like a cat — sure, you need to feed it enough to keep it healthy, but feed it too much and it’ll keep sucking down food until it becomes bloated and useless.

Right now, Metro has enough systemic issues that more money won’t solve anything. When you can always rely on more funding whenever you function more poorly, what incentive is there to improve?

On the other hand, Uber and Lyft have provided a useful transport alternative for weary D.C. residents tired of high fares, early closing times, the letters “DLY” indicating yet another delay before the next train, and line-wide shutdowns for maintenance. Rather than making the Swamp navigable by encouraging their development, D.C. is trying to drag them down to Metro’s level. Why not just go all in and demand that Uber and Lyft stop offering rides at 11 P.M., or demand that every third Uber driver show up 20 minutes late?

I’ll be the loony one over here suggesting that we reform Metro to make it provide a service that merits all the taxpayer money we throw at it.