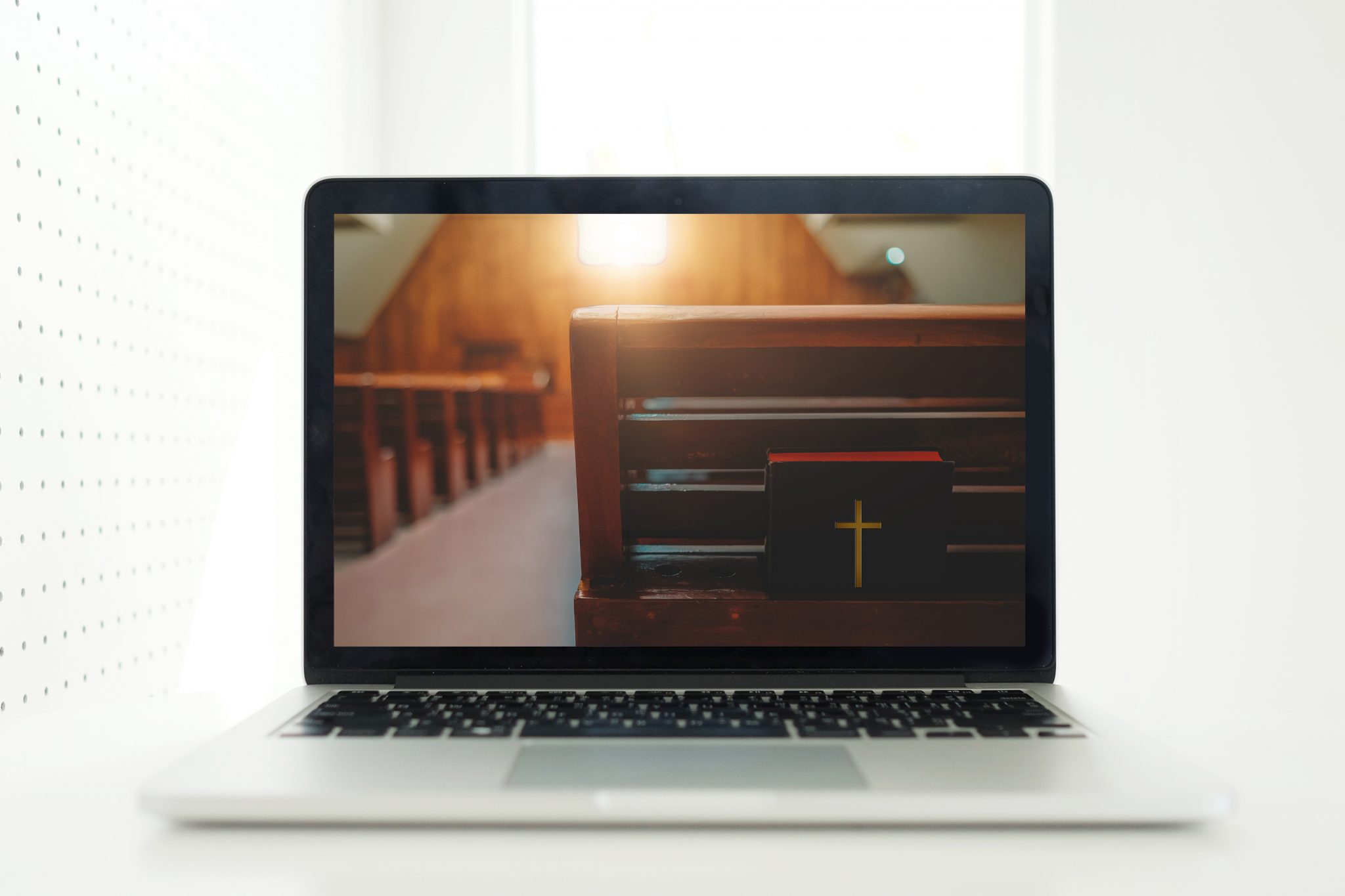 In times of crisis, people often look to religion for answers. But what happens when that crisis closes houses of worship from coast to coast, and from Hawaii to Puerto Rico?

Well, then the mountain comes to Muhammad, so to speak.

The coronavirus crisis has shown us two things about religion in America: 1) It adapts; 2) We’ll get to number two.

My father is a Baptist minister. Bob Lott is an assistant pastor at a country church, which we’ll call the Church at the Bend in the Road, in rural Whatcom County, Washington. He’s been there since the turn of the century.

The church has had tech upgrades, with displays for music and sermon points and a rebuilt “sound room” in the back of the auditorium. The pastors and congregation are certainly not Amish, but neither were they rushing to replace the in-person experience with something a heck of a lot different.

If you had asked most of the congregation before the mandatory quarantine if they wanted a “virtual church,” they would have said, “No, thank you.” Now? It is vitally important to the life of their church.

There are no large meetings of believers at their church building these days. This is because of an order by the governor of Washington state, but also, at least initially, confirmed by common sense. Large gatherings of people for any reason can help spread the virus, and several hundred locals used to gather every Sunday to worship God.

If you had asked most of the congregation before the mandatory quarantine if they wanted a “virtual church,” they would have said, “No, thank you.” Now? It is vitally important to the life of their church.

Instead, church members are asked to tune into a prerecorded service every Sunday morning at 10 on their computers. It includes announcements, worship music with all the musicians socially distanced, and what Dad calls a “three-quarters sermon.” (And what my Catholic branch of the family would call “still too long.”)

This service is supplemented by three “encouragement videos” a week by the church’s pastors and by a lot more online activity. A long meeting every Tuesday with the pastors and other staffers now takes place on Zoom. So do many ministries of the church.

In this time of isolation, it’s important that people not feel alone. The Church at the Bend in the Road isn’t wholly banking on the virtual church solution doing it for people. When Sunday school materials, say, have to be distributed, some are sent by e- or snail mail. A few leaders get in their cars and take them door to door as well.

“We have people calling up people. I don’t think we’re getting everybody but we’re getting almost everybody,” Dad said. One thing they’re inquiring about when they call people up is “needs,” which run the gamut from spiritual to emotional to the decidedly material.

Visitation is not allowed at the local hospital, but that doesn’t mean people can’t bring decent food and have it delivered to ailing congregants. Or some people need money. The church has a Deacon fund, regularly replenished with donations, to help with that.

What about the church’s larger financial picture?, I asked in late April. Dad earned a degree in economics before becoming a pastor and has a head for business. When they were going to be forced to shut down public worship, he did some math.

Most months, the church takes in close to $60,000. Right now, it’s bringing in about 75 percent of that. That should be enough in the short term, Dad said. The pastors are “not turning expenses in,” and the church has both sweated down bills and avoided putting out money for any new initiatives. Well, except for that new IT contractor.

Members now have three options for how to donate: online, snail mail, or in person in the office, which stays open with reduced hours.

What comes next for the Church at the Bend in the Road, as things open up?, I asked. “Well, we don’t know,” Dad said. Certainly they will “clean every room in the church top to bottom” and let people know about that.

The opening may come with new number restrictions imposed by state and county, to keep people spread apart. The church could address this problem by having several services, if necessary. Though he speculated “really big churches” wouldn’t be able to pull off the same trick.

“We’ll continue to have our services online,” Dad said, as “some people will choose not to come back to the church for a while.” That’s something they’ll have to figure out how to deal with, as well.

These innovations are in no way unique to the Church at the Bend in the Road, or to Baptists, Protestants, or even Christians. Religious bodies across America are adapting furiously so that they can continue offering their congregations the same unchanging truths they always have, or some reasonable simulation thereof.

Jeremy Lott is a virtual Catholic.