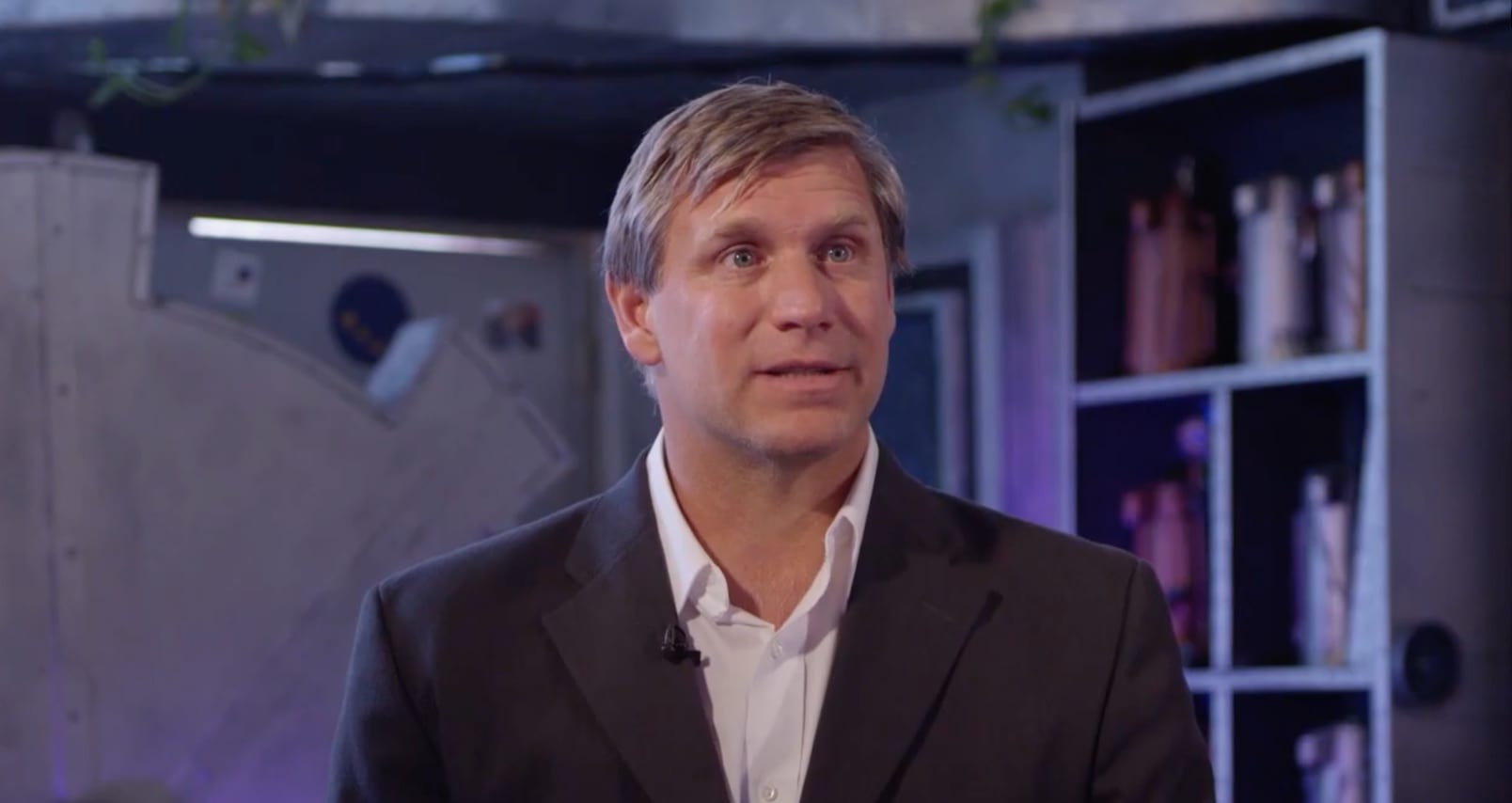 Oh my. Two of contemporary society’s most prominent anti-human utopian movements — radical environmentalism and materialistic transhumanism — appear on the verge of a bitter showdown.

When you think about it, that makes sense. Both movements see themselves as the future’s only hope. But their core purposes are incompatible. Radical environmentalists — “nature rights” activists, deep ecologists, Gaia theorists, and their fellow travelers that elevate nature above humanity — hijacked and refashioned traditional environmentalism into a mystical neo-earth religion that disdains homo Sapiens as a parasitical species afflicting the earth. These radicals hope to thwart our thriving off the land in order to “save the planet.” Indeed, I sometimes believe that if they could, they would forcibly revert our species to hunter/gatherers — without the hunting part.

In contrast, transhumanism denigrates both the natural world and normal human life as irredeemably limited, and worst of all, ending in death! They yearn to possess extraordinary capacities without having to work to attain them. Rather than pursue virtue, transhumanism expects to overcome human nature through applied technology. Indeed, movement prophets predict the coming of “Singularity” — a discreet moment in time when unstoppable cascading technology will enable transhumanists to “seize control of human evolution” and reengineer themselves into an immortal “post-human species.”

The intellectual peace between these competing social movements was recently breached by Zoltan Istvan, one of transhumanism’s most creative apologists, who ran for president in 2016 on a plank of defeating death and garnered scads of earned media by touring the country in a bus fashioned to look like a coffin. In an all-out frontal assault on the hallowed presumption of contemporary environmentalism, Istvan not only writes that “nature isn’t sacred” (can you hear the gasping?), but he committed an even worse anti-environmentalist sin by arguing that “we should replace it.”

Starting with the good-intentioned people at Greenpeace in the 1970s but overtaken recently with enviro-socialists who often seem to want to control every aspect of our lives, environmentalism has taken over political and philosophical discourse and direction at the most powerful levels of society. Green believers want to make you think humans are destroying our only home, Planet Earth — and that this terrible action of ours is the most important issue of our time. They have sounded a call to “save the earth” by trying to stomp out capitalism and dramatically downsizing our carbon footprint.

Istvan worries about contemporary environmental challenges (some of which, I think he also exaggerates). But he slaps green ideology square in the face by writing, “the last thing we need to do is put the brakes on consumption, procreation and progress.” Even more heretically, he writes: “Salvation is in science and progress, not sustainability or preserving the Earth. To argue or do otherwise is to be sadistic and act immorally against humanity’s well-being.”

Istvan clearly understands that prosperity attained through free market enterprise is far more likely to bring about a cleaner and more humane world than fanatically stifling human thriving as radical environmentalists propose (for example, by promoting human-style “rights” for “nature”). He writes:

The tools transhumanists use — science, technology, and reason — to accomplish its watershed aims rely on thriving economies, free markets, and innovation. These mostly come from competitive countries trying to become powerful and make money — a lot of it. Increased economic output is nearly always responsible for raising the standard of living, something that has been going up a lot in the last 50 years for just about every nation on Earth. But that could change quickly as governments increasingly enforce strict pro-environmental regulation which slows down industry and commerce. When you force companies to operate inefficiently for lofty ideals, it hurts their bottom lines, and that in turn hurts workers and everyday people.

Yes. That’s precisely what too many greens seek, a poorer world in which the “rights” of nature are given at least equal consideration to the needs of people.

Istvan also “gets” that environmentalism has become a means of stifling freedom through centralized control:

Modern environmentalism is a fabricated deceit of and for the rich and powerful. It’s especially prominent in liberal places like New York City and my home town San Francisco. Sadly, environmentalism is often just a terrible tool to wield power over those of lesser means.… Despite the imperfections of capitalism, I continue to support it because it remains the best hope for the poor to improve their standard of life — because at least the individually poor can work hard, be smart, and eventually become rich themselves. This rags to riches phenomenon is not something that can happen in socialist or communist environments, where nearly everyone loses (except the corrupt) — and those losses often lead to starvation and eventual civil war.

If Istvan had left it there, there would be little to contest. Alas, Istvan is a religious fanatic attacking the religious fanaticism of a competing faith. His transhumanism cure is, in many ways, worse than the radical environmentalist “disease” against which he inveighs.

Transhumanism ideology is based on the abject terror of death and an impotent rage against the all that is natural. Thus, Istvan writes:

Transhumanists first and foremost want to live indefinitely, and they are outraged at the fact their bodies age and are destined to die. They blame their biological nature, and dream of a day when DNA is replaced with silicon and data.

Their enmity of biology goes further than just their bodies. They see Mother Earth as a hostile space where every living creature — be it a tree, insect, mammal, or virus — is out for itself. Everything is part of the food chain, and subject to natural law: consumption by violent murder in the preponderance of cases. Life is vicious. It makes me think of pet dogs and cats, and how it’s reported they sometimes start eating their owner after they’ve died.

I don’t believe in evil, per se, but if there was such a thing, it would be nature — a monster of arbitrary living entities consuming and devouring each other simply to survive. No omnipotent person would ever have the hate in them to create a system where everything wants and needs to sting, eat, and outdo everything else just to live. And yet, that’s essentially what the environment is to all living entities. Environmentalists want you to believe nature is sacred and a perfect balance of living things thriving off one another. Nonsense — it’s a world war of all life fighting agony and loss — of fight or flight, of death today or death tomorrow for you and your offspring.

Good grief. Tennyson may have been right that nature is “red in tooth and claw,” but it is also the fount of life, the underpinning of beauty, and the source of artistic inspiration in the face of which we can only stand in awe. As Van Gogh stated so well, “I have nature and art and poetry, and if that is not enough, what is enough?”

Where radical greens would impede human thriving to “save the planet,” Istvan longs for an indefinite and, one must say, depressingly sterile existence. Transhumanists “want to rid their worlds of biology,” he explains. “They favor concrete, steel, and code.”

[A]s we become transhumans, with perfectly functioning ageless bionic organs and implants in our brains connecting us to the cloud… let’s create new environments that fit our modern needs. These will be virtual, synthetic, and machines worlds. These new worlds will be far more moral and humanitarian than that of nature. They will be like our homes, cars, and apartments, where everything in it is inanimate or no longer living, and that’s why we find sanctuary and comfort in it.

Good grief, no thank you. Give me a golden sunset, the song of birds, the scent of a rose, the soft kiss of my beloved, and the sure knowledge of my eventual end that inspires me make the most of every precious moment!

Enough. Radical environmentalism and transhumanism appear to be mirror opposites, but they are really varying symptoms of the same decadent disease. i.e., the rejection of human exceptionalism. The former identifies us merely as animals, of no greater value than any other species, and hence, they would willingly sacrifice our thriving on the great green altar. The latter denigrates us as so many meat machines, allowing them to hubristically presume the right technologically remake us into a “better” species — essentially, high tech eugenics. Both social projects reject the time-tested road in which we thrive from nature’s bounty and protect its preciousness in the humble understanding that as transitory beings, environmental stewardship conserves our descendants’ heritage as our continuing prosperity enables our posterity to one future day do the same.