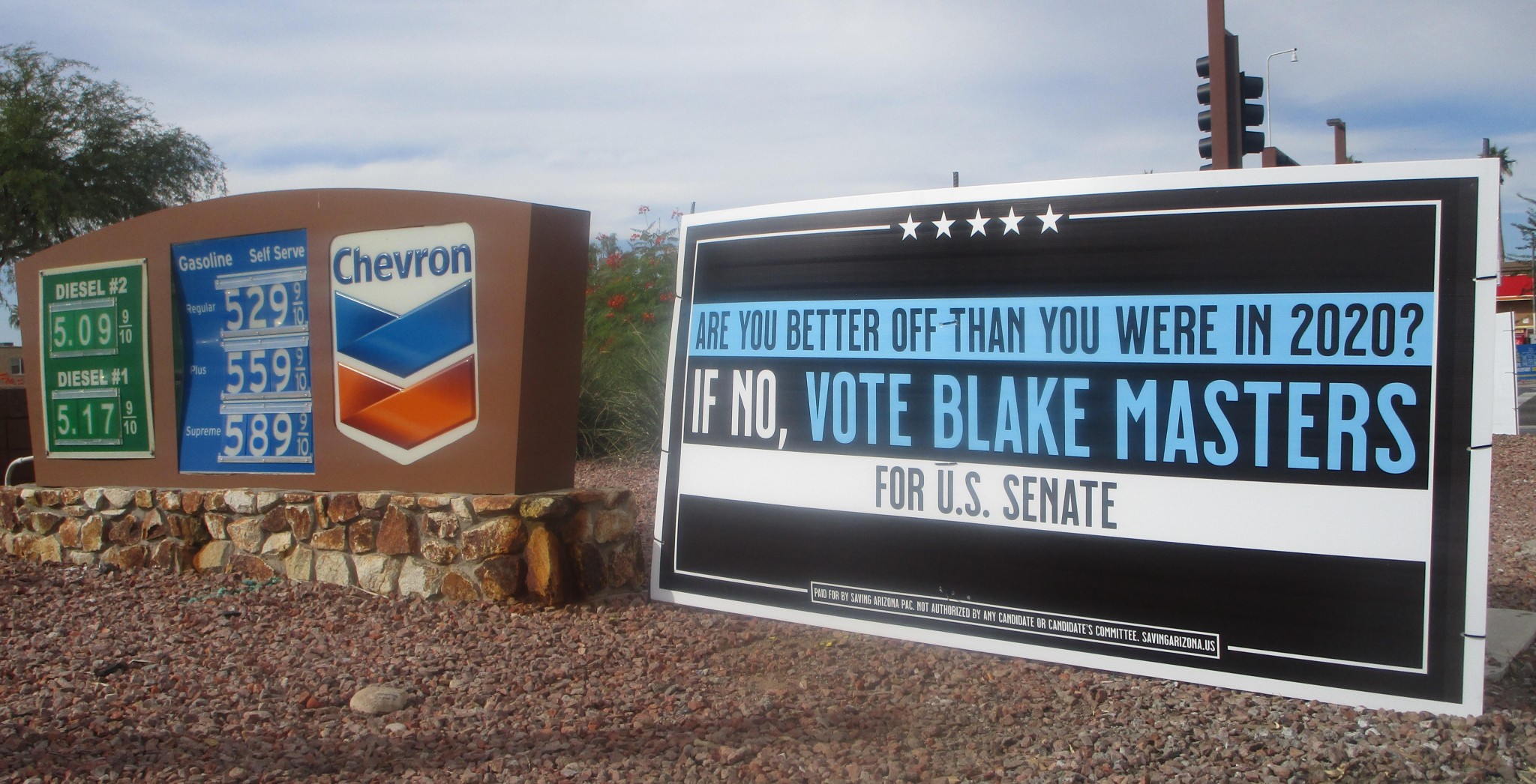 The nearby photo that I snapped on Halloween Eve in Tempe, Arizona, asks exactly the question that every voter should ponder in the polling booth this Election Day:

To Biden’s credit, the unemployment rate has dropped 42.2 percent on his watch. The labor force participation rate has crept up 1.3 percent, and the Dow Jones Industrial Average is 5.3 percent higher than when he arrived. Some speculate that the recent rise in stock prices reflects investor optimism that a GOP romp tonight will paint Biden into a corner. So, Republicans can share in the applause for buoyant equity values. 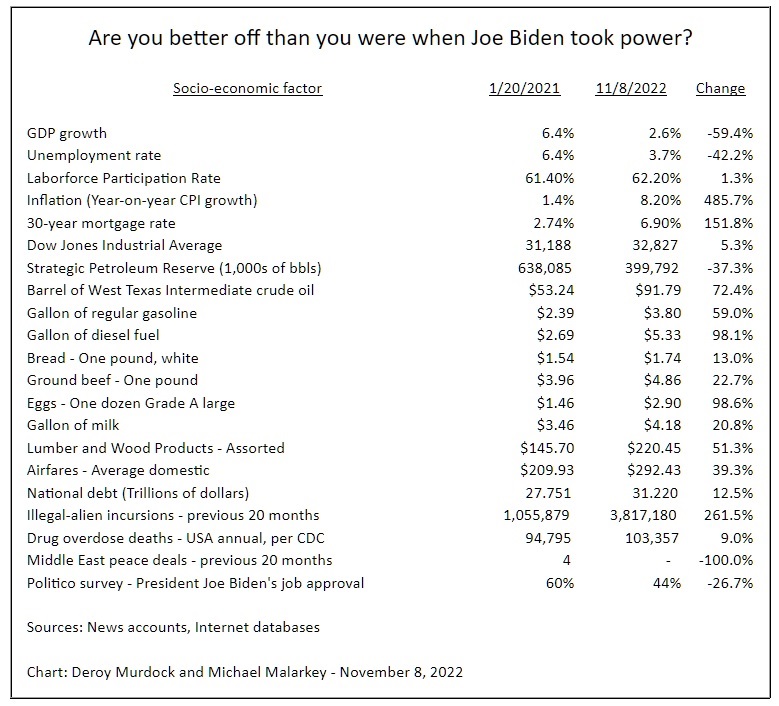 However, as confirmed by the chart I prepared with the priceless research assistance of Mr. Michael Malarkey, by nearly every other measure, Biden’s presidency has inflicted enormous damage on the United States of America. Gross domestic product growth has plunged 59.4 percent. Third-quarter 2022 expansion of 2.6 percent follows the Biden recession during the first two quarters of 2022.

Inflation has soared 485.7 percent since Biden arrived. He has drained the Strategic Petroleum Reserve by 37.3 percent, for political purposes rather than for a national security emergency or natural disaster. Regardless, gasoline has climbed 59 percent on Biden’s watch, with diesel up 98.1 percent — even as diesel shortages foreshadow a complete civilizational collapse if the fuel tanks on 18-wheel rigs run dry.

Inflation has boosted the prices of basic foodstuffs, as the adjacent data make painfully clear. Biden has dissolved the U.S.–Mexico “border” into an imaginary line, like the equator. And the pace of Middle East peace agreements has gone from torrid under the previous management to nonexistent today.

Please take this handy chart with you en route to the polls and share it with friends, family, neighbors, co-workers, and (without getting stabbed or shot as part of America’s violent-crime boom) perfect strangers.

Finally, remember to vote today. The decision on this nation’s future lies where it should — in the hands of the American people.

“Vote. Vote. Take a friend with you and go vote,” Kennedy advised. “As I’ve said before, if dead people can do it, so can you.”