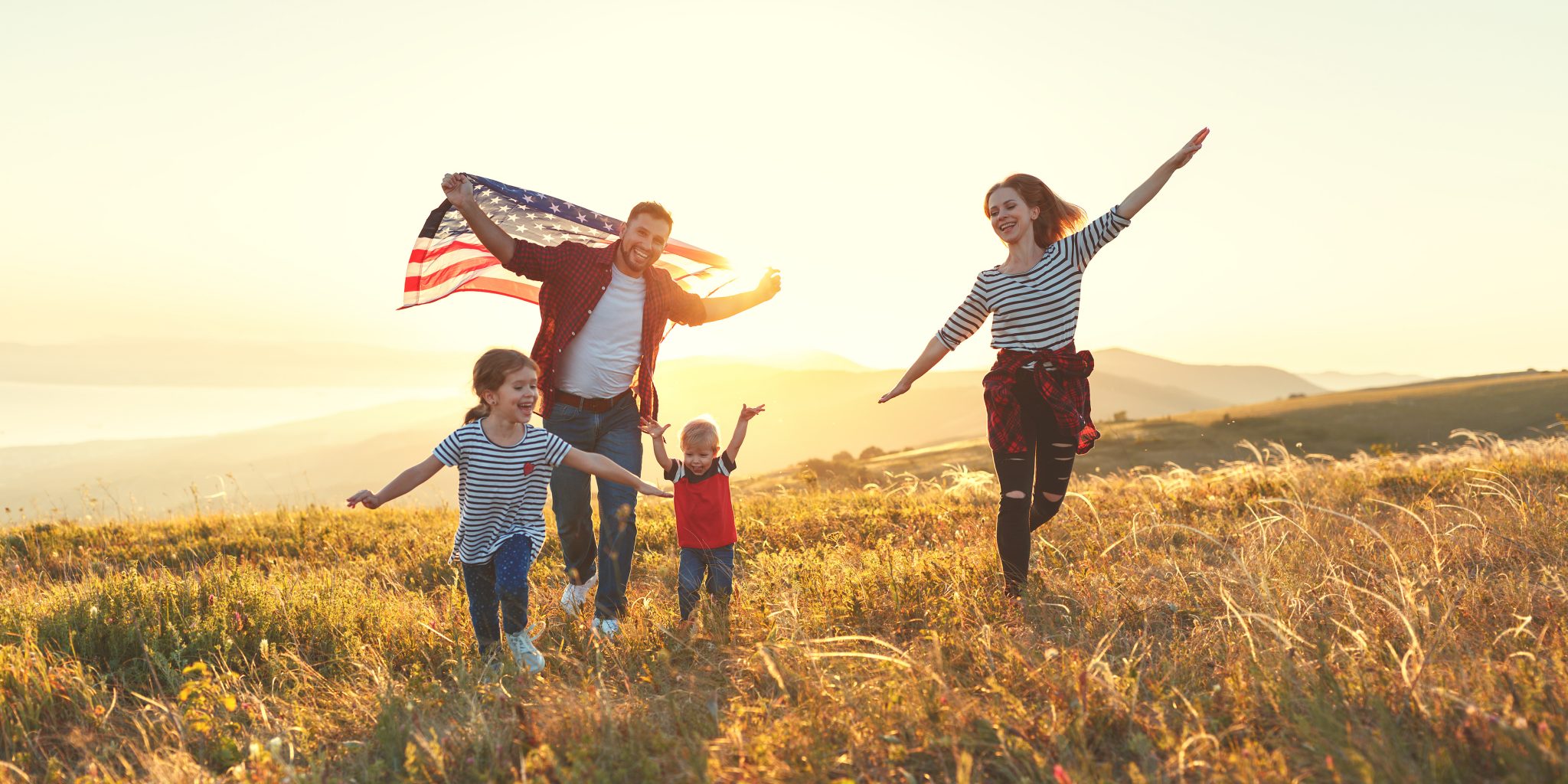 Though we could talk for hours about the meaning of life and liberty, at least everyone knows the basic meanings of the words. “Pursuit of happiness,” however, is not so obvious.

John Adams provided some helpful insight into all three terms when he restated the beginning of the Declaration in Article I of the Massachusetts Constitution:

All men are born free and equal, and have certain natural, essential, and unalienable rights; among which may be reckoned the right of enjoying and defending their lives and liberties; that of acquiring, possessing, and protecting property; in fine, that of seeking and obtaining their safety and happiness.

In his summary final phrase, Adams seems to be saying that “safety” refers to “enjoying and defending their lives and liberties,” and “happiness” refers to “acquiring, possessing, and protecting property.”

These two rights are linked, however. A person may have life and may not be confined or enslaved. But if whatever that person owns is subject to seizure, whether by an uncontrolled state or by unrestrained private individuals or groups, life is likely to be miserable. One may well have to enslave oneself for food to eat and a roof over one’s head.

Protection of property allows one to work in the knowledge that, from the fruit of one’s labor, one can make life more secure and happier.

Our families and faith communities teach that the ability to pursue happiness is granted, not by a superior class, but by the Source of all wealth. It is the birthright of every single person.

The Founders based their ideas and the structure of the Constitution on their understanding of a supreme law upon which all other laws are based. In arguing for the Constitution, James Madison wrote that for its justification we may look “to the transcendent law of nature and of nature’s God, which declares that the safety and happiness of society are the objects at which all political institutions aim” (Federalist 43).

In Federalist 36, Alexander Hamilton, too, recognizes that the great ends that the Constitution is dedicated to attaining are “the great ends of public happiness and national prosperity.” Hamilton there also deems it a happy thing that a government should see it in its own self-interest to spread the burdens of society evenly “and tends to guard the least wealthy part of the community from oppression.”

The concern for happiness as a right of each person to pursue, like the other two basic rights enumerated in Adams’ constitution and in the Declaration, can be traced back to Biblical ideas and laws. The Bible begins with the creation of a world rich enough in every aspect to provide for all anyone might need.

That was certainly the experience of early Americans. Historians Charles and Mary Beard wrote,

In every colony settlers could find land on which to produce all the grains, vegetables and fruits for their staple foodstuffs and grasses for the grazing of livestock. Nothing was needed to furnish a generous and diverse food supply from the cultivation of the earth except implements, skills, good management, and hard labor.

This bounty present in nature was evidence of the great governance of Nature’s God. Just as we have a right to life and a right to liberty bestowed by Nature’s God and not dependent on the favor of whim of another human being, so too, our right to pursue prosperity through our own exertions comes from God; no human has this right to the exclusion of others.

This theme is emphasized again and again in the Bible, known so well by the Founders and the early republican thinkers of Britain and the Netherlands:

The earth and all that is therein is the Lord’s, the world and all its inhabitants. (Psalms 24:1)

The silver is Mine and the gold is Mine, saith the Lord. (Haggai 2:8)

For everything is from You; we have given to You from Your own hand. (1 Chronicles 29:14)

The starting point of the Biblical economy is, then, that God holds absolute title to all things. But just as God shares life and liberty with us, He allows us the use of His property:

And G-d said, “Let us make man in our image, after our likeness. They shall rule the fish of the sea, the birds of the sky, the cattle, the whole earth, and all the creeping things that creep on earth.” (Genesis 1:26)

We are given freedom to work the world, to make it yield its riches to us. But this is a licensed use only — we must see that that bounty is preserved. It is not any one person’s exclusively, nor any one group’s.

The Bible goes on to endorse private property by forbidding theft and stealing, encroaching on real property, deception in business, and oppression of the weak by the powerful. So important to the Biblical outlook is the prohibition on taking others’ property that the Earth being filled with chamas, a Hebrew word meaning violent seizure of that which belongs to others, is given as the reason for the Great Flood.

Deep thinkers in the Jewish tradition through the ages see theft — of all sorts — as an assault on Divine Providence. We are all given property in order to do good with it, to work and develop the Garden, bringing out its wealth and creating prosperity and happiness that comes with it. God is sharing His wealth with us — on the condition that we accept the conditions for its proper use. We cannot oppress others by using our power to deprive them of their livelihoods and their dignity. The prophet raised an angry voice at such people:

Because they sell the righteous for silver, and the needy for a pair of shoes, that pant after the dust of the earth on the head of the poor, and turn aside the way of the humble. (Amos 2:6-7)

Caring for those who are in need is one of the conditions for using and enjoying God’s property:

For there will never cease to be needy ones in your land, which is why I command you: open your hand to the poor and needy kinsman in your land. (Deuteronomy 15:11)

But even here, when God commands that we share what we own, we must follow the divine model. We can’t use the mandate as a reason to allow the establishment of a permanent underclass, perpetually in need of what others give.

Rather, the help we give must follow the model of how we deal with life and liberty. Just as no one owes their life or liberty to anyone but God, so, too, the help we must give to those in need is meant to help them no longer to be dependent. The great codifier of Jewish law, Moses Maimonides, ruled as a matter of law on the very best way to give charity:

The greatest level [of charitable giving], above which there is no greater, is to support one’s fellow by endowing him with a gift or loan, or entering into a partnership with him, or finding employment for him, in order to strengthen his hand so that he will not need to be dependent upon others.

Statists make a false dichotomy, and claim that if we don’t support ever-increasing dependence on government control of wealth, then we do not care for the poor. We know better. Social concern is one of the conditions under which God shares His wealth with us, and conservatives regularly show their understanding of this through their high levels of personal giving.

Even more important, we want to make sure that the aid we give through the instrument of our government, which has had a place in America since its earliest days, is not part of a new feudalism, grooming an underclass to always support its government paymasters with their votes. We should look instead to support every kind of program that strengthens the hand of the poor by enabling them to attain their own financial independence as equal beneficiaries of God’s great wealth.

There is no real physical frontier anymore of rich lands open for settlement. But a vibrant free-market economy has shown itself constantly capable of opening up new frontiers offering ample opportunity. But those trained in dependency and drained of dignity will not be alive to those possibilities. It is up to us to raise again the understanding of human dignity to the highest level, and support all those time-proven institutions that have carried that idea through the darkest of times — our families and our faith communities.

They teach that the ability to pursue happiness is granted, not by a superior class, but by the Source of all wealth. It is the birthright of every single person. It is a founding principle of our unique nation. It should be acknowledged and taught with every action we make in pursuing our own happiness — that our American commonweal is built on the dignity and work of every citizen. Our own national happiness depends on that recognition and our willingness to use the gifts of our own success to help create opportunities for others.

This is where the pursuit of happiness leads — people ever more aware of the great bounty that is given to us all, and ever more ready to help others attain their part in that bounty on their own.

It’s a matter of human dignity.

This column is part of a series about the American Right and the shared political and religious heritage that gives rise to free government in our country. Read more here!