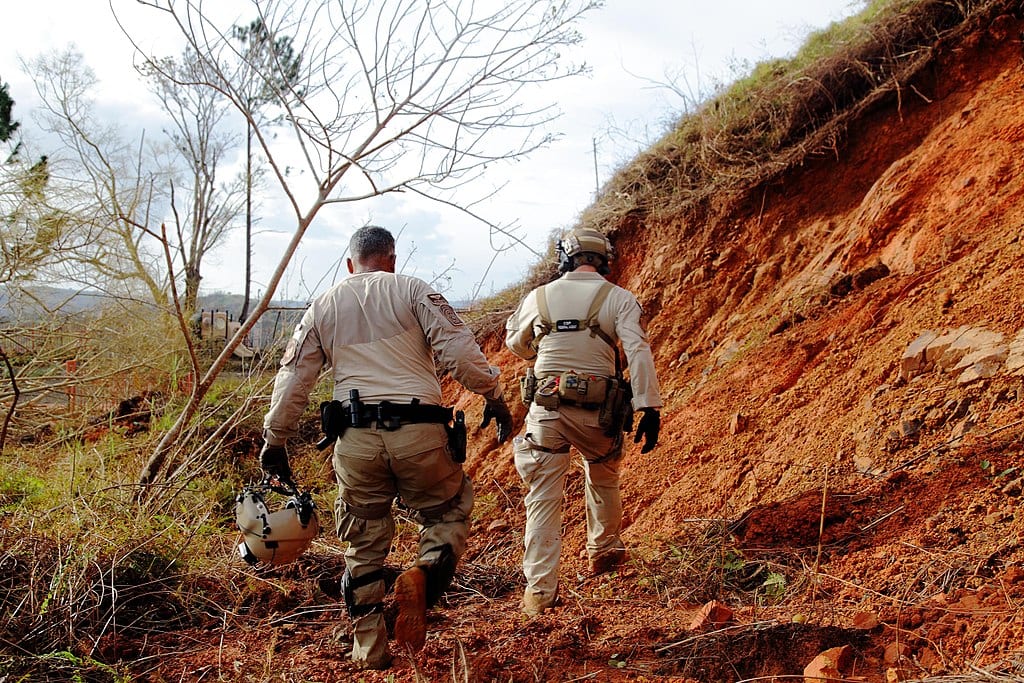 Puerto Rico was in the news constantly after being leveled by two hurricanes last fall. The response was slower than for other hurricanes. The Cajun Navy could not reach Puerto Rico.

Contractors, like the now-notorious Whitefish, were hired for jobs for which they were unprepared or unqualified. Supplies have gone to rot in warehouses and in shipping containers on the island. Power remains out for more than a quarter of the population.

But, unfortunately, for years Puerto Rico has had problems with even the most basic of services, such as disposing of its trash. Of its 27 landfills, 20 do not meet federal standards. Many are little more than open sewers.

They don’t restrict access, which means everything from tomatoes to toilets to toxics can be dumped. There is no plastic liner between the waste and the ground, which allows pollution to sink into the water table. Privately operated landfills tend to operate near federal standards, but the public-run facilities lag far behind. And no one is around to do anything about it.

In 1994, the EPA turned over enforcement of hazardous waste disposal to Puerto Rico’s Environmental Quality Board. The Environmental Quality Board promptly rescinded the rules it had agreed with the EPA to enforce and turned a blind eye to violations of even its far more lax standards. It reduced its staff from 14 in 2000 to five in 2005 to one in 2010 to zero in 2012.

The EPA threatened to revoke the island agency’s permitting authority in 2002 but did not follow through. It pretty much has ignored the issue since.

Puerto Rico is a land of gimmicks. Rather than generate economic growth, it simply tries to hire as many working-age adults as possible and put the rest on assistance. Its tax and other gimmicks make it one of the least-attractive places to do business in the hemisphere.

So it is not surprising the island would respond to this health crisis — more than 10,000 people in Puerto Rico were stricken with the Zika virus, thanks in part to the unsafe landfills — with yet another gimmick. This time, the plan is to build an incinerator that, promoters say, would relieve pressure on landfills and help Puerto Ricans get and keep cheaper energy.

It has been 23 years since an incinerator opened in the U.S. and likely will be many more if this project falls through. And it’s not hard to see why.

“Garbage incinerators have a long and polluting history across the U.S.,” wrote the Sierra Club in a message to Puerto Ricans to urge defeat of the plan. “The burning of garbage creates large amounts of air pollution, including fine particulate matter, heavy metals like lead, mercury, dioxins and furans.”

Not only does the private firm Energy Answers want to build a power-producing incinerator in Arecibo, Puerto Rico, less than five miles from an urban center where 100,000 people live, it seeks to have the incinerator be considered a Critical Project, which would allow it to fast-track its way past many environmental rules.

Puerto Rico’s record when dealing with environmental issues does not inspire confidence. During this very debate, the government reported the hurricanes created human debris equal to four to five years of capacity at all Puerto Rican landfills. If true, of course, this would show the incinerator as a necessary counterweight.

Actually, the waste amounted to one-year’s worth.

Moreover, to allow the project to move forward is to invite a raft of litigation — driven by nonprofit environmental law firm EarthJustice — that Puerto Rico has neither the time nor resources to fight. Already, the project is being challenged in at least four separate legal venues, and 77 of the 78 municipalities in Puerto Rico have refused to send waste to the proposed facility.

“USDA [which must approve the project] has not adequately looked at many of these issues, including impacts to threatened and endangered species from a project that will emit tons of hazardous pollutants into the air and pump millions of gallons of water a day from Puerto Rico’s largest wetland reserve,” Earthjustice attorney Jonathan Smith said in a statement.

What’s more, Puerto Rico’s own Gov. Ricardo Rossello recently announced he will not support the project given its detrimental consequences for the island — a decision that is directly in contrast with the island’s Washington-appointed Oversight Board, which wanted to fast-track the project. Questions have been raised about the Oversight Board’s motives for this and what they may have to do with Washington lobbyist and former Governor Luis Fortuño. The political turmoil on the island is only stirring up more disdain for the incinerator project.

But, the time for chaos in Puerto Rico is over. It’s time now for real solutions. And an incinerator that hurts, rather than helps, is not one of those solutions.