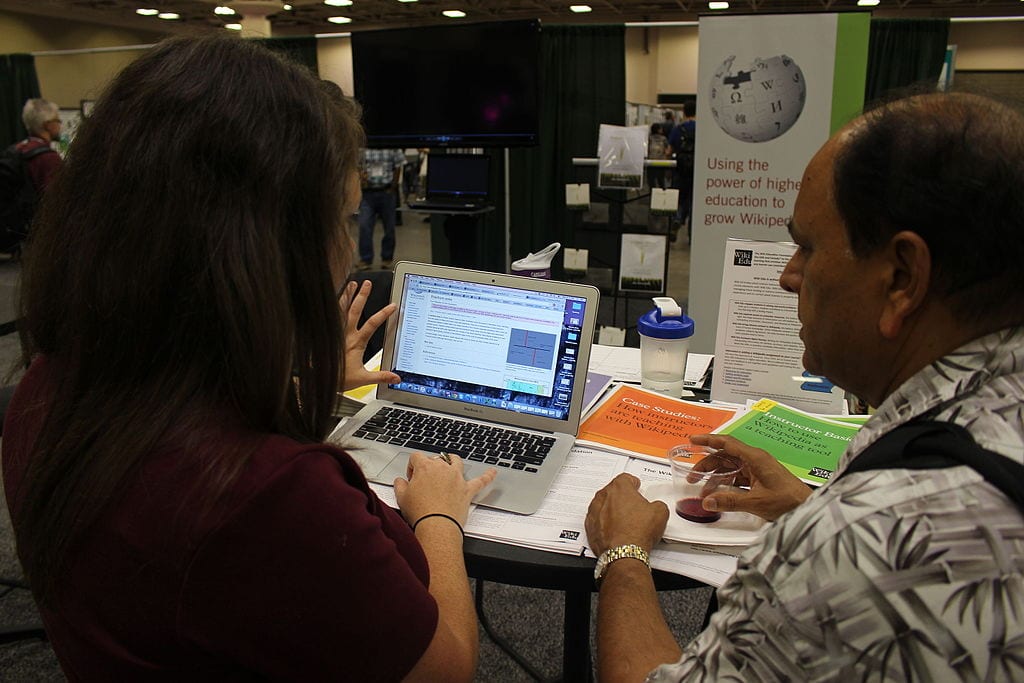 As educational technology (ed-tech) becomes a pervasive force in U.S. education, does it make you smile or make you want to scream?

It is easy to imagine ed-tech bringing smiles to the faces of family members who have gone online and discovered a brilliant lecture or literary/artistic masterpieces to supplement a child’s quest for knowledge. Many home educators are tapping into technology to create truly individualized learning.

Envision, on the other hand, ed-tech gadgets such as Emote that track and evaluate a student’s supposed mental state on the basis of staff observations. Grumpy? Sad? It all gets recorded and evaluated in the government schools. Then there is something called “FaceMetrics,” which tracks students’ eye movements while reading and may admonish them if they pause and stare off into space — or even if they merely reflect on something profound they just read.

In his own reflection on all these important considerations, author John Warner writes in a compelling article for the Inside Higher Education blog pervasive ed-tech tracking of students makes him “want to scream.” He reminds us that sometimes children simply need to be left alone, to process their own thoughts, rather than being second-guessed by a computer.

“There is simply no evidence that real-time data collection or instant feedback is conducive to learning,” Warner asserted. “Yes, we all benefit from instruction, but we also significantly benefit from private practice time, alone, where we are governed by our own intrinsic motivation.

“Imagine a child besotted by learning a new subject or new skill, how they will squirrel themselves away in private, seeking space to explore, to screw up without scrutiny or comment, seeking help only when they have exhausted their own potential,” Warner added. “This kind of space is necessary. It’s vital. It’s human.”

Unfortunately, in government-controlled schools, ed-tech is rapidly becoming an instrument for installing pervasive social-emotional learning (SEL) throughout the whole of K–12 education. In his foundation’s latest foray into school reform, Microsoft founder Bill Gates has vowed to build an evidence base for SEL and then parlay the results into “best practices” for schoolhouse implementation.

Furthermore, with the feds’ mammoth Every Student Succeeds Act pushing states to embed SEL in their standards, Gates is not passing up another opportunity to sprinkle ed-tech fairy dust over government schooling. An Associated Press investigation revealed that Gates’ foundation has paid outside groups $44 million over the past two years to influence states’ federally mandated standards.

A clear and present danger of SEL is that it will subject children to psychosocial experimentation. Its practitioners aim to probe — with ed-tech’s help — such subjective, non-cognitive factors as attitudes, feelings, emotions, mindsets, grit, perseverance, and resilience.

Mindsets — draw a red double-line under that one. The giant British publisher Pearson, a major vendor for Common Core standardization, is a huge fan of the theory of “growth mindsets,” which holds that some students believe they can improve their abilities with hard work, while others are more of a “fixed-ability” mentality. In assessments administered to 9,000 students at 165 community colleges and universities in 2017, Pearson embedded “social-psychological” messages to test-takers to see if it could influence the onset of growth mindsets.

That manipulative testing was done without informing either the students or the colleges involved. Such ventures highlight a major danger in the power elites’ drive to use ed-tech to probe students’ psyches. Children are becoming objects of experimentation and they and their parents lack power to do anything about it.

If the potential of technology to enhance education is to be realized, all steps should proceed with the full informed consent of parents. Families should have the right to review and correct all personal data collected about students, and they should be able to refuse to participate in SEL assessments or other tests that they deem contrary to their values.

Best of all, parents should be able to draw on education savings accounts, created by a set-aside of their child’s per-pupil allotment of state funds, to customize their children’s education by deciding which providers and services, including those of a technological nature, best serve their interests.