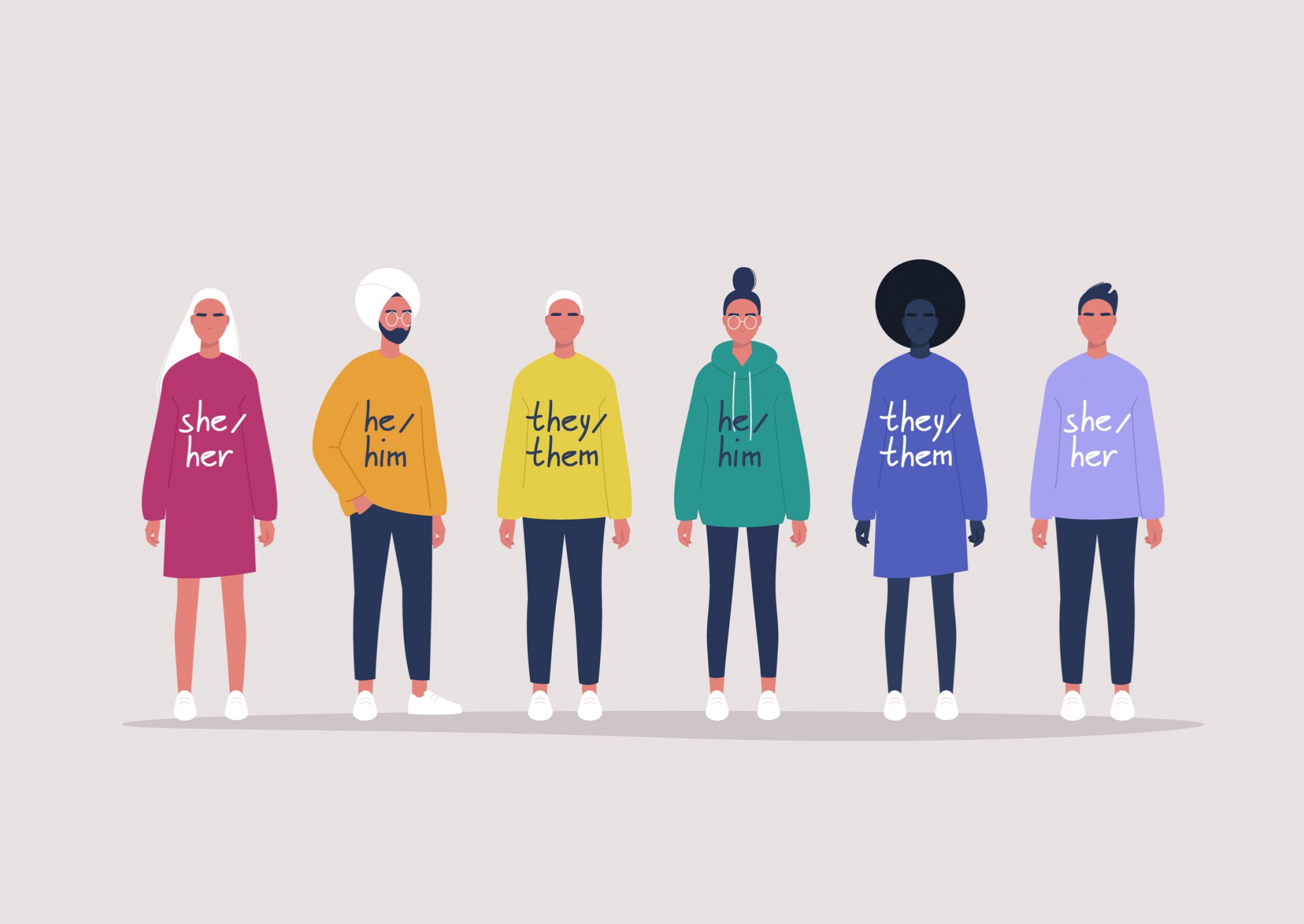 The other night I caught part of a documentary about the fall of Harvey Weinstein. It was a strange experience. The Weinstein scandal exploded only four years ago, yet it seems so long ago — like something that happened in an entirely different cultural era.

The Andrew Cuomo scandal, too, feels like a blast from the past.

Imagine, a heterosexual man getting in trouble for making inappropriate moves on a series of women! Or, as we’re now being told to say, a cis straight male assaulting a cis female!

How quaint! How old-fashioned! How totally retro, in this era when virtually every day takes us further from traditional understandings of these matters!

It was just under a quarter-century ago — in 1997, to be exact — that Ellen Degeneres came out as a lesbian. It put her on the cover of Newsweek. It was remarkable: the star of a prime-time network sitcom was — gasp! — gay.

In 2014, another Ellen — a minor actress named Ellen Page — announced that she was a lesbian. At that date, such announcements were no longer anywhere near as earthshaking as in 1997, but still something of a big deal. So Page’s revelation also made the news.

Now, seven years later, nothing could be more of a yawn than some starlet coming out of the closet.

But Page kept up with the times. Just last December, she proclaimed that she’s not a lesbian after all — she’s a man. She’s trans — an F-to-M who’s now named Elliot Page.

That, again, was in December — only eight months ago. Back then, that story was pretty mind-blowing. But now it seems old hat, too. For at least Page’s message was clear-cut: stop saying “Ellen” and start saying “Elliot.” And replace “he” with “she.”

But the line keeps moving, like the Western front in the weeks and months after D-Day.

Just the other day it was reported that Emma Corrin, who played Princess Diana in The Crown, had “opened up about their [sic] sexual identity in a new interview” after having “posted a photo of themself [sic] on Instagram” that was captioned “Ur fave queer bride.” In the interview, Corrin announced that she — sorry, they — exists “somewhere in between” male and female but that it’s not yet entirely clear “where that is.”

So Corrin isn’t a “he” or a “she.” Corrin is a “they” and a, yes, “themself” — a word not found in any dictionary I know of, at least not as of this writing. (That can change any minute, of course.)

Corrin isn’t alone in her uncertainty. On Thursday, podcaster Anthony Cumia showed a video by a young Tik Tok influencer, apparently a biological female, who announced, at a super-oversharing length, that “the pronouns in my online bio are ‘they/them,’” but that every new day brings its own preference: on some days the word “he” feels best, on other days “she.”

But these things are all relative, and even Corrin and the Tik Tok influencer are pretty straightforward cases, inasmuch as they both use familiar pronouns and decline them properly, using “him” with “he,” for instance, and “her” with “she.”

More and more young people, however, go another way. According to a blog on LinkedIn, the pronouns most frequently used by members of that site include “she/they” and “he/they” — which suggest that the individuals in question don’t grasp the concept of declension.

The next step beyond familiar pronouns, whether correctly declined or not, is neopronouns. A YouTube video outlining a dozen-odd declensions, including “xe” (subject), “xem” (object) and “xyr” (possessive) and “ze/hir/hir,” dates back to 2014 — so while they’re “neo,” they’re not extremely new, although they didn’t really go mainstream until the last year or so.

What is relatively new is the tendency of an increasing number of adventurous souls to toss aside the already long list of available neopronouns and order off the menu. Many of these folks use already extant words — including an extraordinary range of common nouns and proper nouns, and sometimes even verbs or adjectives or other parts of speech — as their pronouns.

At first glance, one would assume that they don’t understand the function of pronouns. But think again. In a totally serious New York Times article that appeared in April, Ezra Marcus explained that such pronouns are known as “noun-self pronouns.”

It turns out that this twist goes back a few years, too. Just as Critical Race Theory has a theorist/goddess in the person of Robin DiAngelo, so the pronoun craze has Jason D’Angelo, a “linguist and queer scholar” who told Marcus that noun-self pronouns “emerged on Tumblr, starting around 2012, 2013,” but “died off” around 2014 only to reappear during the COVID lockdown (a phenomenon that, I would suggest, is deserving of further investigation).

That’s as of last April, anyway.

What, one must be forgiven for asking, are these “noun-self pronouns” supposed to signify? What does it mean to use “kitten” as one’s pronoun? Does it mean that one actually identifies as feline? After a few years, do you graduate to “cat”? If these labels are supposed to be about sex or gender, then how does “cat” fit in to the picture, given that cats can be male or female? Wouldn’t “tomcat” or “molly” be better?

Marcus didn’t fret about such questions. Quoting a TikTok user’s complaint that pronouns are meant to denote identity rather than “an aesthetic,” he shot back: “What’s the difference between an aesthetic and an identity anyway?” Noun-self pronouns, he contended, enable their users to “engage with gender — or other aspects of identity — in a way that aligns with how they feel.” So there.

He further noted, without a hint of concern or criticism or sense of the sheer absurdity of it all, that “many noun-self pronoun user interests’ overlap with fandoms, including anime, K-pop and Minecraft YouTuber stars.”

So where a teenager of an earlier generation might’ve put a David Cassidy poster on her bedroom wall or worn a Nirvana t-shirt, many a kid today will express a passing pop-culture enthusiasm by ditching “he” or “she” for the name of some South Korean boyband. Good idea.

Marcus quoted a child of 13 — yes, 13 — whose pronouns of choice are “bink/bonk” because “they remind me of clowns,” which “make me very happy.” (From now on, refer to me as Stolichnaya/Bombay Sapphire.)

One conclusion seems obvious. At this point in the summer of 2021, the whole business of pronouns has left sexual and gender identity — to say nothing of grammar — way behind. There appear to be no limits to the pronoun profusion.

“Neopronoun users,” Marcus wrote, “have shut down the notion of using terms related to Black Lives Matter, like ‘BLM.’”

Which goes to show one thing: that transgenderism may be riding high in woke America at the present historical moment, but it’s still trumped by race.