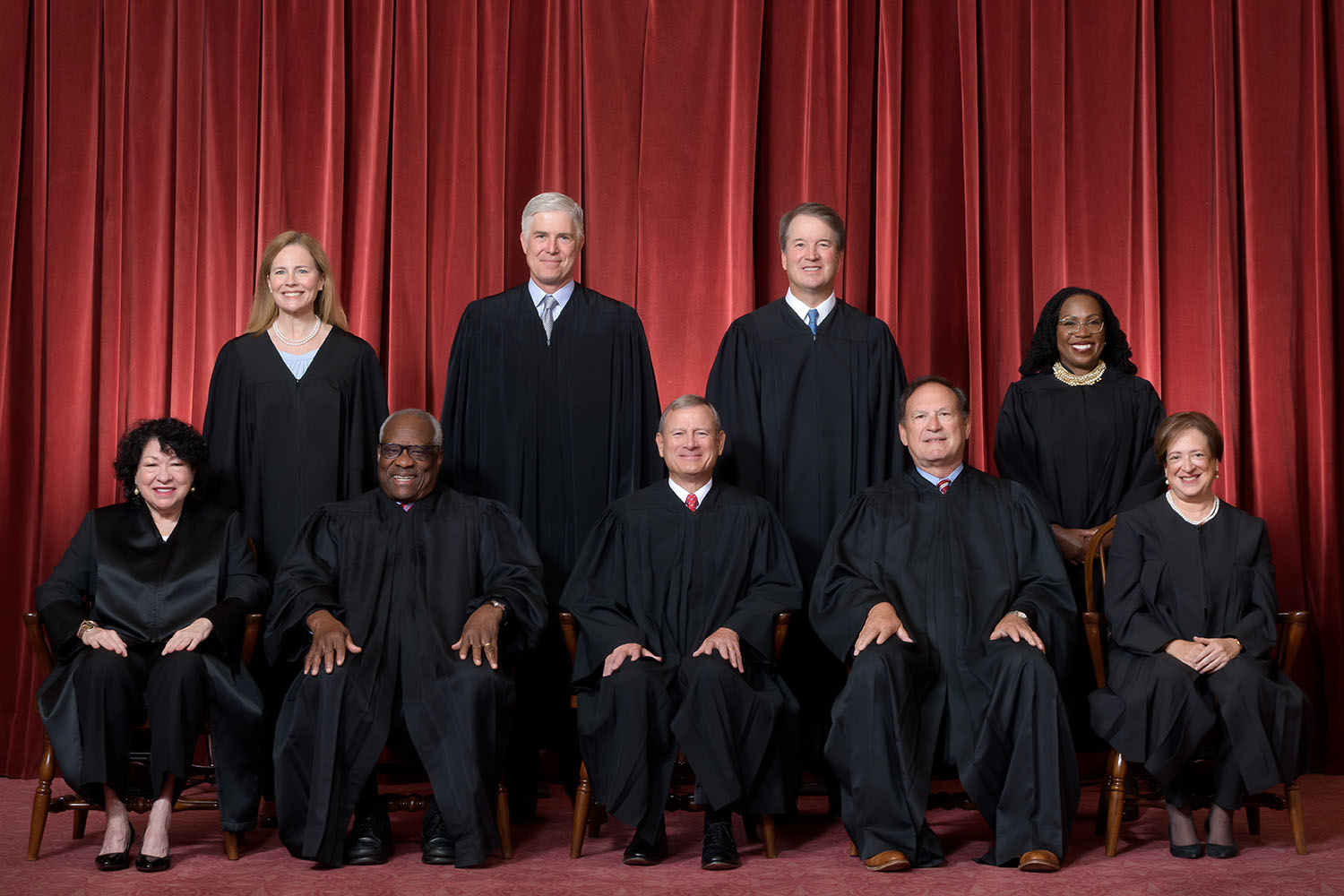 The full title of Erwin Chemerinsky’s book says it all: Worse Than Nothing — The Dangerous Fallacy of Originalism. Chemerinsky, the dean of Berkeley Law School, tells readers that the doctrine of constitutional interpretation now favored by a majority of the Supreme Court is a phony legal theory concocted to allow radical judges to impose their right-wing values. The title also hints at an admission: Chemerinsky has nothing better to offer as an alternative.

Reviewing early excerpts published in the Atlantic, Adam Carrington of Hillsdale College exposed surprising weaknesses in Chemerinsky’s analysis. It is now clear that Carrington’s conclusion extends to the work as a whole: Chemerinsky’s book “does little to undermine originalism’s strength as the best approach to upholding the Constitution and preserving the rule of law.”

In addition to the points noted by Carrington, Chemerinsky’s book contains other significant flaws, the most striking of which is his analysis of Brown v. Board of Education. According to Chemerinsky, that 1954 Supreme Court decision, which held that public school segregation violated the Equal Protection Clause, offers one of the “most powerful and irrefutable” arguments against originalism because originalism “tells us Brown v. Board of Education was wrongly decided.” This conclusion, however, is not supported by any originalist statements; it is based solely on what Chemerinsky believes an originalist court “would have said” if the justices “had adhered to originalism.” But one need not speculate — originalists consistently support the result in Brown; in Rutan v. Republican Party (1990), for example, Justice Antonin Scalia defended Brown and asserted that the 13th and 14th Amendments, when read in combination, leave “no room for doubt that laws treating people differently because of their race are invalid.”

More importantly, Chemerinsky fails to confront the fact that Brown is entirely consistent with originalist principles. He challenges originalists to explain how the meaning of the Equal Protection Clause could possibly prohibit school segregation when segregation was widely practiced before and after that clause was adopted in 1868 as part of the 14th Amendment. The result in Brown, however, is the same under originalist principles even if one accepts that the original meaning of the Equal Protection Clause permitted school segregation. Brown did not invalidate racial segregation in general, and it did not fully reverse the “separate but equal” doctrine articulated in Plessy v. Ferguson (1896). Instead, the Court in Brown determined that separate public schools were inherently unequal based on new evidence of the psychological harm they inflicted on black students. The court, then, merely applied the accepted meaning of “equal protection” to empirical evidence of unequal effects that was not available in 1868.

Chemerinsky’s attempts to dismiss originalist statements that support the outcome in Brown are unconvincing. For example, he acknowledges Jack Balkin’s assertions in support of Brown using constitutional interpretations that draw on “the entire constitutional tradition that precedes the interpreter,” but Chemerinsky dismisses that approach as both “indistinguishable from non-originalism” and one that “can be used to justify virtually any result.” This assertion is based in part on the false assumption that different interpretive doctrines cannot at times use similar analytic methods, but it also fails to acknowledge that Balkin’s approach, and for that matter Scalia’s statements in Rutan, include originalist requirements that non-originalists will readily treat as optional. Originalists recognize changed meanings based on developing national values as expressed in the Constitution and its amendments. As such, even if the Equal Protection Clause did not originally bar racial discrimination, originalists recognize that the totality of amendments abolishing slavery, ensuring equal protection and due process, acknowledging voting rights without regard to race, and later barring racist poll taxes, together with a mounting history of affirming and unchallenged judicial precedents, combine to define a constitutional guarantee of racial equality under the law even if jurists believe current societal values support a different conclusion.

Chemerinsky analyzes other issues that he believes cannot be resolved by originalist principles without producing abhorrent results, such as barring interracial marriage or criminalizing speech against the government. Suffice it to say that his arguments on these points are as refutable as his school segregation analysis, and they all ignore the essential point — if a fair and reasoned interpretation of the Constitution leads to an objectionable result, the blame lies with the Constitution, not with the method of interpretation.

Of course, the most obvious way to protect against repugnant results is to amend the Constitution, but Chemerinsky offers a list of excuses for why that is not adequate: amendments are nearly impossible to do; the supermajority requirement disadvantages minorities; the process is inconvenient and slow. But amendments were all the rage last century right up until Roe v. Wade (1973) and other controversial progressive precedents made federal litigation the preferred venue for constitutional reform. Between 1900 and 1971, Americans amended the Constitution 11 times to make important changes such as voting rights for women and protection against racist poll taxes. Although Chemerinsky argues that the supermajority requirement makes it unlikely that a school desegregation amendment would have mustered sufficient support in the 1950s, that is hardly a reason not to try now.

In lieu of articulating a workable alternative to originalism, Chemerinsky uses the book’s final paragraphs to dismiss the originalism/non-originalism debate as a “distraction” and to suggest a different point of focus:

The Constitution has always been, and will always be, about balancing the majority’s values against the values that should be protected from society’s majorities. That is what every Supreme Court opinion concerning the Constitution should be about, and what scholars and commentators on constitutional matters should consider first and last.

In fact, however, the Constitution is “about” many things, such as the separation of powers and representative democracy. One of the things the Constitution does is remove certain matters from the routine democratic process of legislation to protect particularly important American values such as barring titles of nobility or ensuring freedoms of speech and religion. In contrast, Chemerinsky’s suggested approach would leave it to the Supreme Court, aided by scholars and commentators, to determine which matters should be shielded from the democratic process to “advance the noblest goals” of our society. This approach is not a method of constitutional interpretation, it is instead a license for the judiciary to ignore the meaning of the Constitution. As Abraham Lincoln noted with respect to the court’s notorious 1857 Dred Scott decision protecting slaveholder rights, “if the policy of the Government upon vital questions affecting the whole people is to be irrevocably fixed by decisions of the Supreme Court, the instant they are made in ordinary litigation between parties in personal actions the people will have ceased to be their own rulers.”

Finally, Chemerinsky’s solution is dangerously short-sighted. He and other progressives may be comfortable handing broad powers to the Supreme Court on the assumption that the court will return to its liberal/progressive tendencies once freed from the dogma of originalism, but history clearly shows that, liberal or conservative, when left to impose their personal values, Supreme Court justices can do considerable harm. Chief Justice Roger B. Taney’s opinion in Dred Scott proves that there is nothing inherently progressive about empowering jurists to decide which rights should be protected from legislative restriction. Justice Oliver Wendell Holmes’s opinion in Buck v. Bell (1927) upholding forced sterilization of institutionalized persons on eugenicist grounds proves that even progressives can render results that are repulsive. And Justice Benjamin Curtis’s dissent in Dred Scott — a dissent based on the originalist observation that, at the time of the Constitution’s adoption, black men had the right to vote in five of the 13 original states — proves that abhorrent results can sometimes happen by not following originalist principles.

Louis Trotta is an attorney living in East Rockaway, New York. He was admitted to the New York bar in 1990 and practices law in the subject matter areas of corporate contracts, financial technology regulation, and intellectual property.