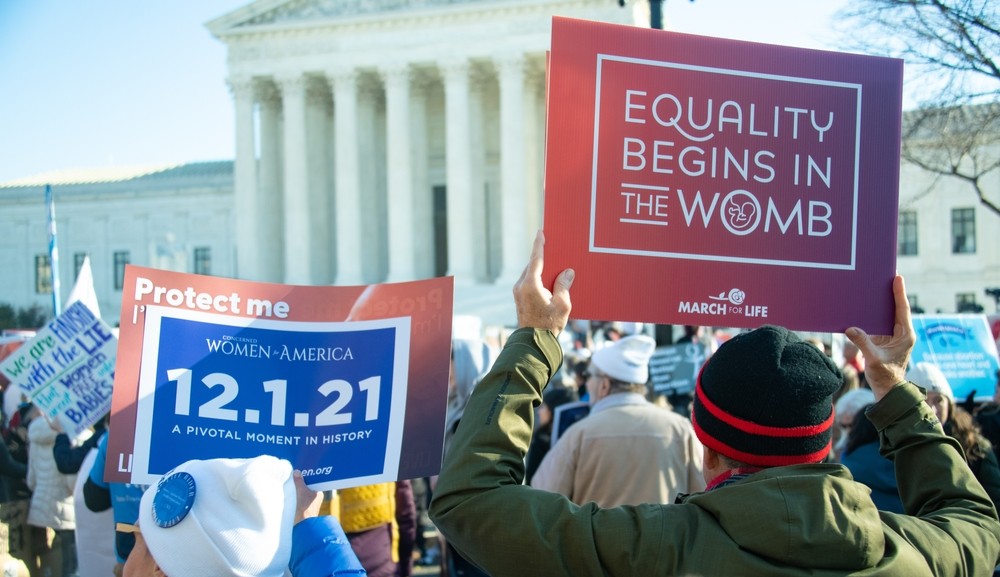 For many years, the struggle to protect unborn human life was understood as the struggle to overturn Roe v. Wade. That, after all, was the decision that in an instant overturned laws protecting the unborn in every state in the country. Not only that, but the ruling also made it impossible to use the regular legislative process to address the issue. Because it pre-empted the voice of the people in every state, Roe had to be the focus.

As the decades passed, people forgot the complexity of the issue — if they had even understood it from the start. One could rely on an incurious and reflexive media — and the Democrat party line — to portray the Dobbs decision as prohibiting abortion. Incestuously linked in so many cases, the Democrat and media message has become the norm.

But the Dobbs decision neither prohibits nor permits abortions. It decided that Roe precedent was too poorly reasoned to continue to be upheld as binding precedent. The Constitution limits the power of the federal government, including the courts, and nowhere in the language of the Constitution nor in precedent before Roe was there even a hint of an exception that required that a human fetus not be protected by law. The strange land of shadows into which the Warren Court wandered in its dotage have not stood well the test of time. The abandonment of the plain understanding of language that shoots through its later decisions seems part of that debasement of language that Orwell warned is always at work with the modern authoritarian. Only the old footballer, Justice Byron “Whizzer” White, found the words to object to the fog machine that masked the Warren Court’s arrogation of unprecedented super-legislative power at the expense of the people and their elected representatives.

Again: Dobbs is wonderful. It is a return to judicial sanity and the checks and balances that protect the true sovereigns of the state, the citizens — we, the people. But Dobbs does not on its own return protection to unborn lives.

Tuesday’s referendum vote in Kansas brings that lesson home. Kansas’ Supreme Court had ruled that its state constitution precludes legislation to prohibit abortions, so proponents of the protection of unborn human life put a referendum on the ballot that would have overruled this decision. That referendum was unexpectedly defeated, and decisively so. In a state that is reliably though not uniformly red, this was not expected. (READ MORE: As Kansas Goes, So Goes the Country?)

It is quite possible that there is much more popular support for valuing both the lives of the mother and the child than this election showed. But if that is the case, it also shows that people who think they have already won the battle are not motivated to come to the polls. For so long, overturning Roe has meant a victory for life and protection for the most vulnerable and helpless among us, who cannot speak for themselves and need us to be their voice.

Democracy is meant to be local. The ones who know a problem best are generally the ones who know the problem up close and personal, not functionaries, bureaucrats, and career politicians thousands of miles away. Justice Louis Brandeis called the states “the laboratories of democracy” in which people respond creatively to the problems they face without having to walk in lockstep with every other state.

This approach is fundamental to democracy, for it values the individual. It states as a matter of constitutional importance that we are not to be slaves to abstract solutions but that our individual experience is valued as the building block of a government that is truly of, by, and for the people.

Dobbs is good law because it returns powers to the people that had been seized by an overweening central authority. And because it respects the freedom of the people, it also requires the people, under its protection, to take up their responsibilities as citizens if the victory they imagine is theirs is to be real.

We have all been lulled by the giant machine of government and its constant message to rely on it to take care of all our responsibilities. We ourselves seem to believe that our work is done because six justices made the right decision after 50 years.

But because it is the right decision, it is requiring us to step up. If we wish that others take on responsibility for the protection of helpless life, we at the least need to set an example of taking up a now-strange and unfamiliar responsibility — we must be urgently engaged on the state level to ensure that we have laws that both command the assent of our fellow citizens and protect the lives of those who cannot protect themselves.

This means not just winning elections, although that we must do. It means winning hearts. It means respecting the individual citizen’s ability to be moved by the challenge of the responsibility that makes freedom a shining ideal instead of an excuse for whatever we can temporarily get away with.

It’s a task as old as our biblical tradition and its call to a law informed and shaped by love. It is what makes a free society that most of the world is willing to go to any lengths to live in. It is enough to keep us hard at work to complete a task that is not yet finished.