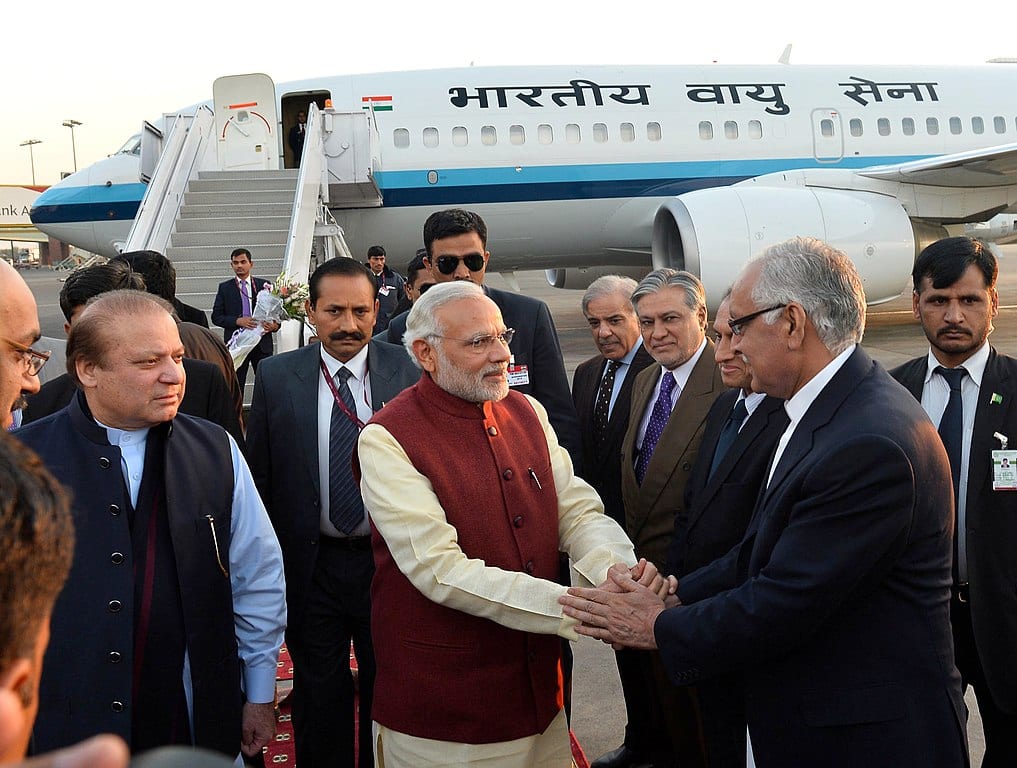 The prime minister of India, Narendra Modi, has a strategic opportunity: to seek rapprochement now with archenemy Pakistan.

Following the recent attack on a police convoy in Pulwama in the state of Jammu and Kashmir that killed 40 paramilitary police, the Indian Air Force struck at the terrorist camps of Jaish-e-Mohammad (“Army of Mohammad”) in the Pakistani province of Khyber Pakhtunkhwa, in addition other sites in Azad Kashmir, or Pakistan Occupied Kashmir. Targets of other terrorist groups Lashkar-e-Taiba (“Army of the Pure”) and Hizbul Mujahideen (“Party of Holy Warriors”) were also attacked in a 19 minute raid by 12 IAF Mirage 2000 aircraft. The attack assessment of the India Air Force was characterized as “significant damage.” The strike was a significant escalation since air power was used for the first time since the 1971 war between India and Pakistan, and the Indian military attacked sites within Pakistan itself, not just targets in Pakistan Occupied Kashmir as in other engagements.

Remarkably, in this military encounter during which an IAF MiG 21 was shot down, both countries managed to save face with various other claims by each side — and the pilot was soon returned to India. With a General Election coming next month, Prime Minister Modi has demonstrated that India will not tolerate attacks by terrorist organizations that are believed to recruit and train on Pakistani soil.

Similarly statesmanlike and standing tall, and referring to each country’s battlefield and strategic nuclear weapons that number about 130-150, Prime Minister Imran Khan of Pakistan called for talks and stated, “History tells us that wars are full of miscalculation. My question is that given the weapons we have can we afford miscalculation.”

In December, there was a severe repudiation of Mr. Modi and his Bharatiya Janata Party: in local state elections in the North, the opposition Congress Party won in several Hindi speaking states having a total population of nearly 170 million. Modi’s BJP also fared badly in Telangana in South India. This bad omen for Mr. Modi signals that in April, he will likely have a major fight on his hands.

The Kashmir dispute dates to 1947. When India became independent and partitioned, and West and East Pakistan (now Bangladesh) were created, the ruling princes were directed to accede to the new Indian union. The Maharaja of Kashmir, a Hindu in a predominantly Muslim region, at first refused but then capitulated when frontier tribesmen invaded Kashmir and Prime Minister Nehru dispatched an airlift to save him. Since that time, India has declined to hold plebiscites that would support self-determination of Kashmir.

Although the state of Jammu and Kashmir has a population of only 13 million, it has water resources, vast deodar forests, Mughal gardens, and blue lakes. The region of Kashmir figures in the poetry and legends of the Urdu language, an official language of Pakistan and a major Indian language, making it emotionally important to both India and Pakistan.

Vilification of India has been a tradition for decades in Pakistan, in order to maintain a sense of identity and national purpose. Although India has broad strategic agendas, particularly countering the ascent of China, with border disputes and similar maritime interests in the oil sea lanes of the Indian Ocean, India has had to maintain an outsized defense budget of $50 billion, in part because of its history of wars with Pakistan. Similarly, Pakistan’s $10 billion defense budget is an impediment to investment in education, public health, infrastructure, and social services. And as the largest commercial enterprise in the country, the Pakistan Army is not about to yield its controlling influence.

Who could be better to make peace with Pakistan than a right of center, Hindu nationalist and hardline Indian prime minister? Similarly, Imran Khan ran for prime minister in Pakistan as a populist reformer, outside the system — philanthropist, former cricket star, and chancellor of Bradford University of the UK.

There is more risk to Mr. Modi in a dramatic effort to improve relations with Pakistan at this time, in view of the Hindu saffron color and spirit of conservatism that seem to be almost omnipresent with the BJP. How his traditional rural Hindu base, mainly in North India, would react to a peace initiative at this time is a “known unknown.” However, memories of partition are fading somewhat, and in foreign affairs it is hard to imagine something more important for both countries to achieve.

The United States, Russia, and China all have a vested interest in the security architecture of South Asia. Most of the military hardware of India is of Russian or Soviet origin, although the U.S. has in recent years become a major supplier. And China has embraced Pakistan, once a valuable U.S. ally during the Cold War, as part of its Belt and Road Initiative to connect over 60 countries with trade and investment. Rapprochement between India and Pakistan must occur without foreign participation, as India, favored by the status quo, would deem that to be internationalizing the Kashmir dispute. While the U.S. enjoys excellent relations with India, about all we can do is provide encouragement through patient diplomacy.

Mr. Modi’s political fortunes have declined in recent months, and he needs a big win. A positive gesture. He would be well served to canvass his advisers and try to reach out to Islamabad. A peace initiative will take a long time to bury the hatchet, but the process should be started now, even with a gesture.