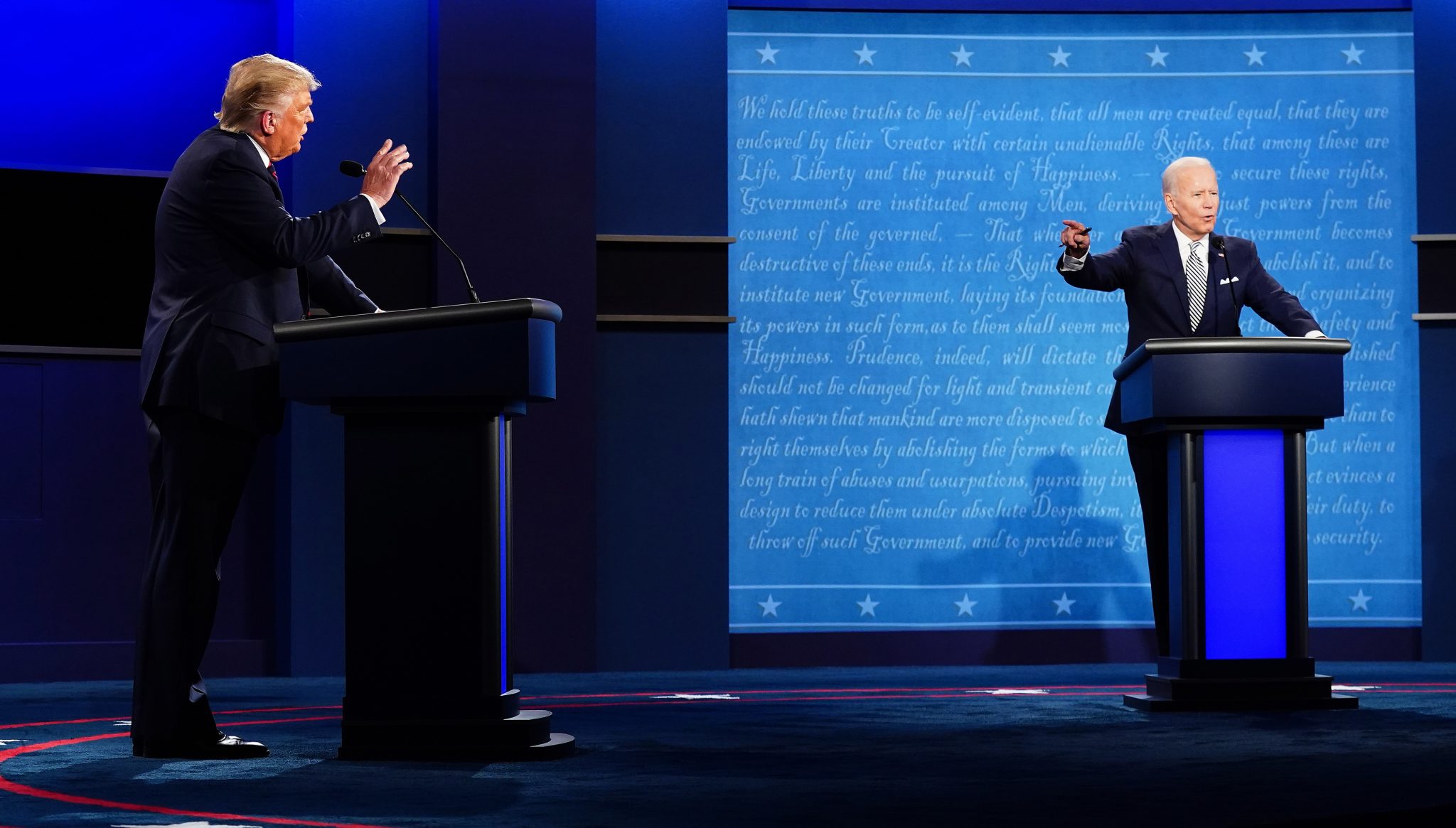 It’s been nearly a month since the first debate between President Donald J. Trump and Joe Biden — an event variously described as a “train wreck,” “hot mess,” and “incomprehensible squabble.” To help you endure what is sure to be another excruciating night, I present the new and improved version of the “Biden Debate Bingo and Drinking Game.”

The second debate takes place tonight, October 22, at 9 p.m. Eastern time, with NBC reporter Kristen Welker moderating. Welker has already taken heat for her family’s Democratic ties and her decision to rehash many of the topics from the first debate rather than focusing on foreign policy. The event will likely not be as chaotic or action-packed as last time. Among other “improvements” devised by the Commission on Presidential Debates, each candidate’s microphone will be muted when it is not his turn to speak.

Will Trump call Biden the “Big Guy”? Will Biden call Trump “Putin’s puppy”? Will Welker use a taser when the president mentions Hunter’s laptop for the 17th time? Stay tuned!

Print out one or more of the four bingo cards. Each has identical words or phrases arranged in random order. The first competitor to complete a bingo pattern (a line with five boxes in diagonal, horizontal, or vertical row) is the winner. 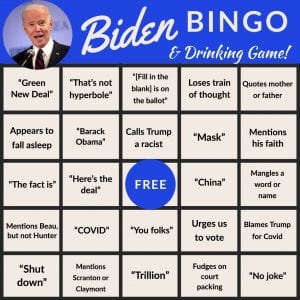 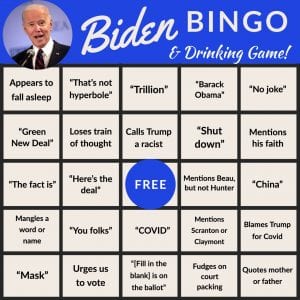 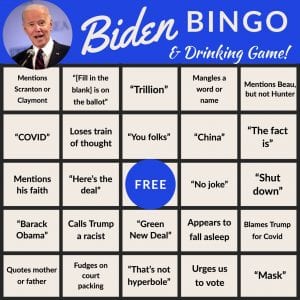 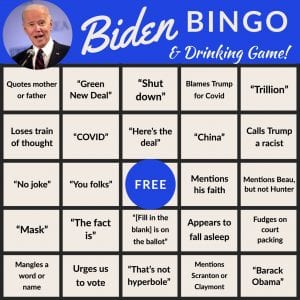 Print out as many of the cards as you’d like and play with your closest (socially distanced or online) friends.

Take a sip when Biden:

Finish your drink when Biden: