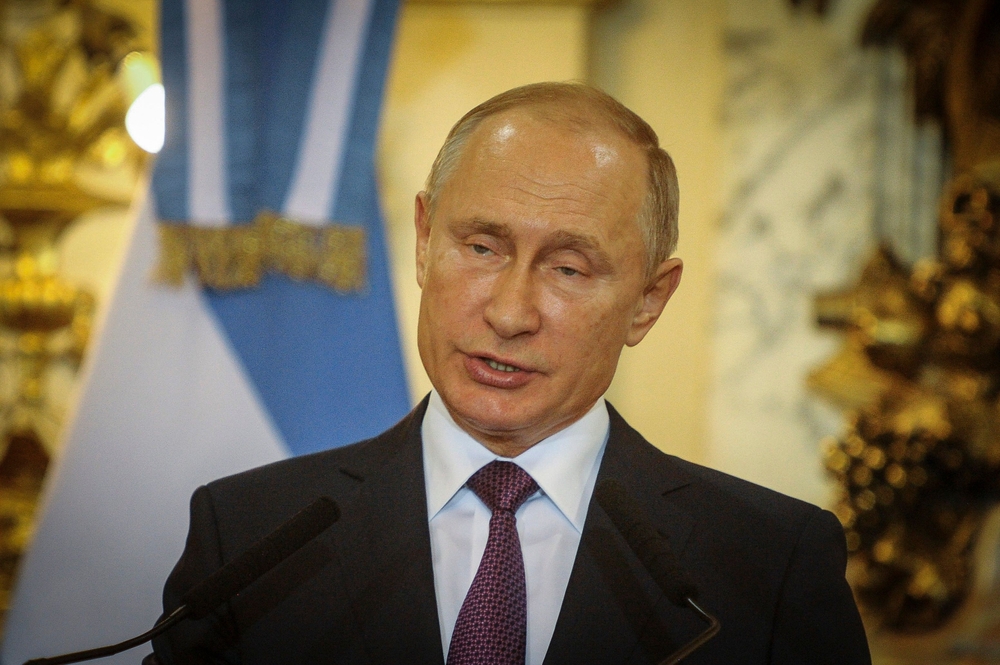 Washington — We have not seen the Russian president, Vladimir Putin, riding around the Russian countryside on horseback and shirtless lately, have we? In fact, much of the time he is photographed seated at the end of a very long table in the Kremlin, and he appears to be almost alone. Though it is possible that the guys seated furtively way at the end of his table could be members of his security detail. With whom does he communicate nowadays? With whom does he take his meals? Is he actually the lonely figure that he seems to be? Where is his girlfriend, the lovely gymnast who can put both feet in her mouth, Alina Kabaeva?

I remember what we might call the good old days, prior to Feb. 24, when he rather recklessly sent his shambolic army into Ukraine. Before Feb. 24, many of us thought of the Russian Army as being top of the chop. It was an army that all Russians could be proud of. It was not known as it is today, as an army that commits atrocities, blasts hospitals with missiles, and sends tanks out to roll over civilian vehicles with civilians still in them. They are tanks that often get blown away by a well-aimed Ukrainian drone.

Vlad was seen as a sportsman back then. He had earned black belts in the martial arts. I will bet he was good at arm-wrestling and also a skilled ballroom dancer and raconteur, as the pulchritudinous Alina might say. I can even imagine him on the handball court. Yet now things have changed.

A dark and gloomy shadow has come over him. His army is suffering 500 casualties a day, counting the dead and the wounded, according to American intelligence sources. Its armored vehicles lie in ruins on the boulevards of Ukrainian cities. Surely the average Russian is becoming impatient with the daily casualty count. Yet Vladimir persists. “The Russian Army is seriously depleted,” Seth G. Jones, the director of the International Security Program at the Center for Strategic and International Studies, told the New York Times recently. He concluded, “That has implications on their ability to fight an effective ground campaign in Ukraine.” Last Thursday, the Wall Street Journal featured a page-one account of how on Aug. 10 several aircraft at a Russian air base in Crimea were turned into rubble. That ought to have, as Mr. Jones would say, “implications on” the Russians’ abilities to fight even in the air.

Things are getting worse. Mr. Jones speculates that “[t]he Russians probably don’t have enough effective combat forces to fully take Donetsk,” their next critical target. Their problems include a loss of armored vehicles and a loss of manpower. “The Russian military has lost so many troops that in some cases,” the Times reports, “units have tried to force captured Ukrainians to fight.” Well, if I were the commander of a Russian unit needing manpower, I would think twice about giving a Ukrainian a gun. The Ukrainians seem to have learned how to use them quite well. (READ MORE: Putin the Political Dinosaur Growls and Escalates)

What I am wondering now is how long the Russians are going to tolerate Vladimir Putin sacrificing 500 Russians a day to a country that has caused them no harm — at least no harm initially. We hear that the Russian people are beginning to ask questions. Why are their boys disappearing into Ukraine? When are they coming home? Does it always have to be in a box?

OK, Russia is a failed democracy, but it is not a failed oligarchy. Why cannot the oligarchs depart their opulent pleasure palaces floating in the Mediterranean and return to Moscow for a reasonable chat with President Putin? If not the oligarchs, why not the generals and the admirals? Things are not going well for them now. If things continue as they are going, with 500 casualties a day, the generals and admirals are not going to have anyone to polish their shoes or shine their medals. I saw a picture of the man whom Putin allegedly has put in charge of his Ukrainian expeditionary force. He was a large, corpulent man. I would say he was at least a 300-pounder, possibly a 400-pounder. Why cannot he sit down with Putin and have a little talk?