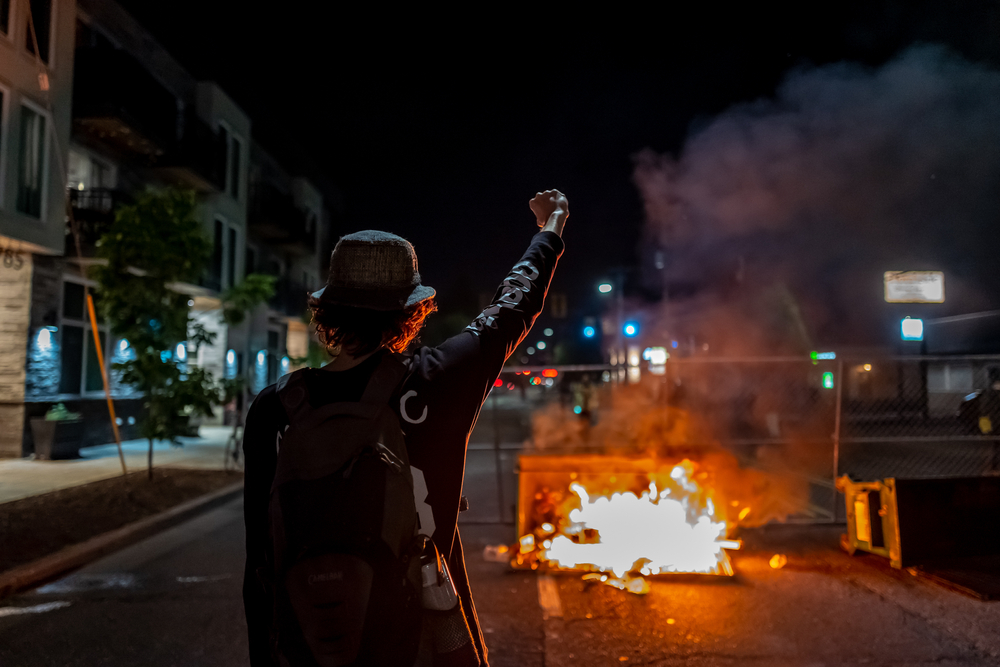 In August 2020, then-President Donald Trump offered to assist the Democratic mayor of Portland, Oregon, in putting down the nightly riots that had ravaged his city for more than 90 days. Given this choice between ending the systematic violence and arson that was wreaking havoc throughout his city and publicly signaling his virtue, Mayor Ted Wheeler chose the latter. While the residents of Portland hid in their homes to avoid the violence, he responded to Trump’s offer with a sanctimonious letter that included this delusional passage: “No thanks. We don’t need your politics of division and demagoguery.” A week later, Portland police declared a riot and arrested 59 people.

Fast forward to last Friday. Mayor Wheeler, having survived countless calls for his resignation and somehow managing to get reelected in November, is still presiding over a continuous wave of riots and is reverting to the same ineffective tactics that failed so spectacularly last summer. One of these brainstorms was to ask the city’s hapless residents to help put a stop to the destruction without offering any suggestions as to how that might be accomplished. Now that the “mostly peaceful protesters” continue their rampage and the city is still aflame, Wheeler is again asking Portland residents to do the job that neither he nor his acting police chief are willing to do. The Oregonian reports:

Portland’s mayor and acting police chief on Friday urged the public to safely stand up to the black bloc group of violent demonstrators who continue to plan “direct actions” around the city that routinely end with shattered windows, fires and other vandalism. Wheeler asked residents to note the license plates of people who drive to the events in various neighborhoods and then don all black clothing and grab shields or weapons from their cars. Share those license numbers with police.

This is too little, too late, as was Wheeler’s declaration of a citywide “state of emergency.” The man just isn’t taken seriously by Portland’s residents or the rioters. Wheeler has consistently appeased the rioters in the past, and, as anyone but a “woke” Democrat could have foreseen, they responded by mocking and physically attacking him. They eventually harassed him to the point that he was forced to move out of his condo when it became the site of multiple demonstrations. Wheeler’s statement after the last of these demonstrations included criticism of the police tactics used to protect the building. Consequently, he is now unable to dine out unmolested, as OPB vividly illustrates:

Portland Mayor Ted Wheeler was swatted in the shoulder Wednesday evening while out to dinner at a restaurant in the Nob Hill neighborhood, according to the mayor’s office. Wheeler was five minutes into a dinner at Cafe Nell with a friend when a small crowd began yelling obscenities at him and soon pushed their way into the outdoor tented area where he was seated … The mayor was not injured and does not plan to press charges. Wheeler left the restaurant, taking his food to go.

As to federal assistance in quelling the riots, none has been forthcoming from President Trump’s successor, but Portland has been removed from the federal list of anarchist jurisdictions. OPB reports, “President Joe Biden has decreed that the city of Portland will no longer be considered an ‘anarchist jurisdiction’ in the eyes of the federal government.” This designation was assigned by the DOJ to various cities where the administration felt local governments were not making a serious effort to crack down on organized riots by groups like Antifa. The plan would have limited federal funding to the designated cities. The first to be listed were Portland, Seattle, and New York.

Meanwhile, the latest strategy for dealing with the Portland rioters is lenience. This is not a joke. As Politico puts it, “The arrangements — known as deferred resolution agreements — will leave the defendants with a clean criminal record if they stay out of trouble for a period of time and complete a modest amount of community service, according to defense attorneys and court records.” But most of Portland’s rioters are on the street pursuant to a version of “catch and release” practiced by its police department. According to a story in the Oregonian, a typical rioter is one Kaiave James Douvia, who was arrested and released on bail no fewer than three times during a single six-month period.

The primary complaint lodged against Wheeler in last fall’s recall effort was that “Portlanders deserve better than a mayor who spent the summer tear-gassing his own residents.” Oddly, this recall effort was launched two weeks after Wheeler’s 2020 reelection. So Wheeler isn’t in much danger, and he likes to play it safe. And despite fleeing from his condo, he isn’t sleeping in his car. As the Willamette Week points out, Wheeler has a number of comfortable places to hide, including “a $1.3 million home in Portland’s West Hills, a beachfront home in Arch Cape, Ore., and an $800,000 property in the San Juan Islands.” It isn’t too much to say that Ted Wheeler and Portland deserve one another.