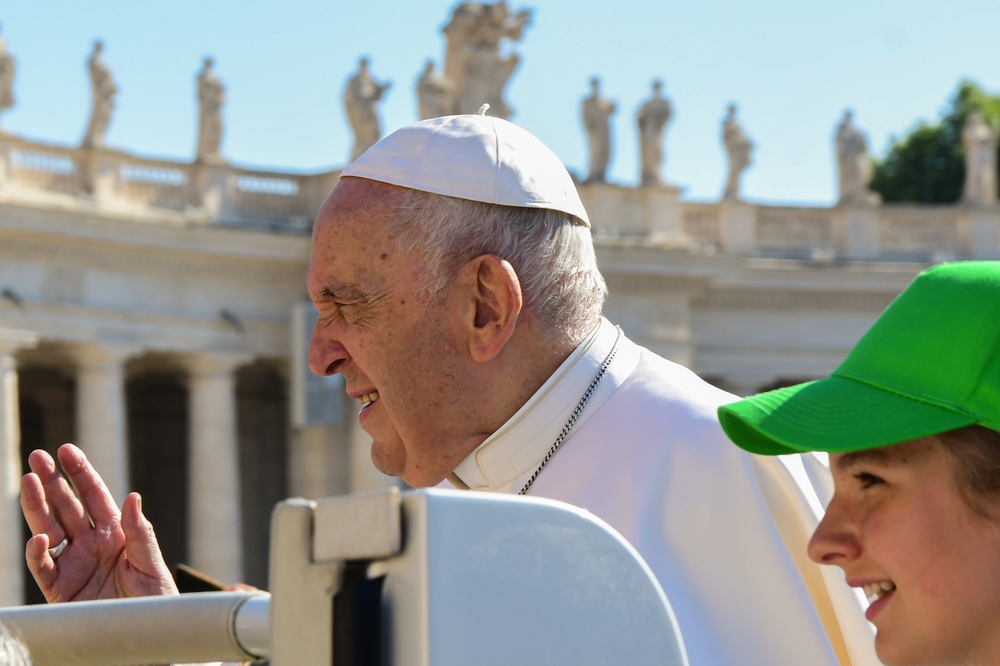 Washington — Pope Francis is up to his old tricks again. He has essentially banned the Latin Mass. Beginning this autumn, Roman Catholics will be greeted every Sunday — and for the truly devout, everyday — with the modern post–Vatican II Mass. They will have no alternative. The Latin Mass has been put out of commission. Did you know it was divisive? I did not know that, but Francis knew it, and now he is banning it in a move that is meant, he says, to increase global unity. That is to say, the pope is going to unite Catholics by banning an alternative mass that has been practiced by millions of the faithful for centuries. Possibly the pope will decree that Catholics goose-step into Sunday services or, better yet, wear uniforms.

Actually, I did not know that I was making a political statement on those rare occasions when I attended the Latin Mass. I just thought I was going to a particularly decorative and dignified mass, hoping to get some exposure to Gregorian chant, which dates back to the ninth century, with some beautiful choral music thrown in. From now on, I shall consider the political consequences of my choice of Mass, and if that offends the head of the Roman Catholic Church, I apologize, but he brought the subject up. Moreover, he audaciously injected politics into where I choose to go to Mass.

Eliminating an alternative form of worship — not even for theological reasons but for the sake of conformity — certainly sounds like cancel culture to me.

I have always thought that my friends who have insisted that Pope Francis is a liberal or even a socialist were being a bit extreme. I thought it was unfair to stigmatize the pope in this way, but eliminating an alternative form of worship — not even for theological reasons but for the sake of conformity — certainly sounds like cancel culture to me. Whatever would you call a man who practices cancel culture but a man of the left?

All hope is not lost, however. There are always the pope’s cardinals, who apparently can intercede on behalf of theology rather than politics or ideology. Here in Washington, we seem to have such a man. He is Cardinal Wilton Gregory. He says he has not found the faithful in his community moved by politics or ideology. “I have discovered,” the cardinal said last Friday, “that the majority of the faithful who participate in these liturgical celebrations in the Archdiocese of Washington are sincere, faith-filled and well-meaning.” And he went on to say, “Likewise, the majority of the priests who celebrate these liturgies are doing their very best to respond pastorally to the needs of the faithful.” Cardinal Gregory seems to be a reasonable man. He is going to give the pope’s experiment with using only the post–Vatican II Mass a three-year trial. If Catholics are still clamoring for the Latin Mass, presumably the cardinal will relent and return the Latin Mass to the altars.

Yet it does seem small-minded for the pope to undertake such a vast endeavor as eliminating a Mass that has been a major part of the Catholic faith for centuries. There is no threat to Catholic orthodoxy from a handful of people participating in the Latin Rite. What is more, these people are stalwart Catholics. The pope seems to believe that they represent a heretical strain in the Church. But I agree with Cardinal Gregory. There is no heretical strain threatening the Church today, at least not in America. The threat to the American Church comes from people who want to destroy it. They use graffiti and gasoline. Let the pope turn his attention to them.

Yet the pope is, if news from the Vatican is reliable, ailing. Come to think of it, his most famous communicant is ailing too. I am speaking of the president of the United States, Joe Biden, the gaffable Joe Biden. If the recent news from the Vatican is accurate, the pope was contemplating retirement until last week. I think he should return to his original plan and retire. Though possibly he wants to retire on the throne. Either way, he is not going to be around for long, and the Latin Mass will endure. It is not ready for the ash heap of history, though Pope Francis might be.