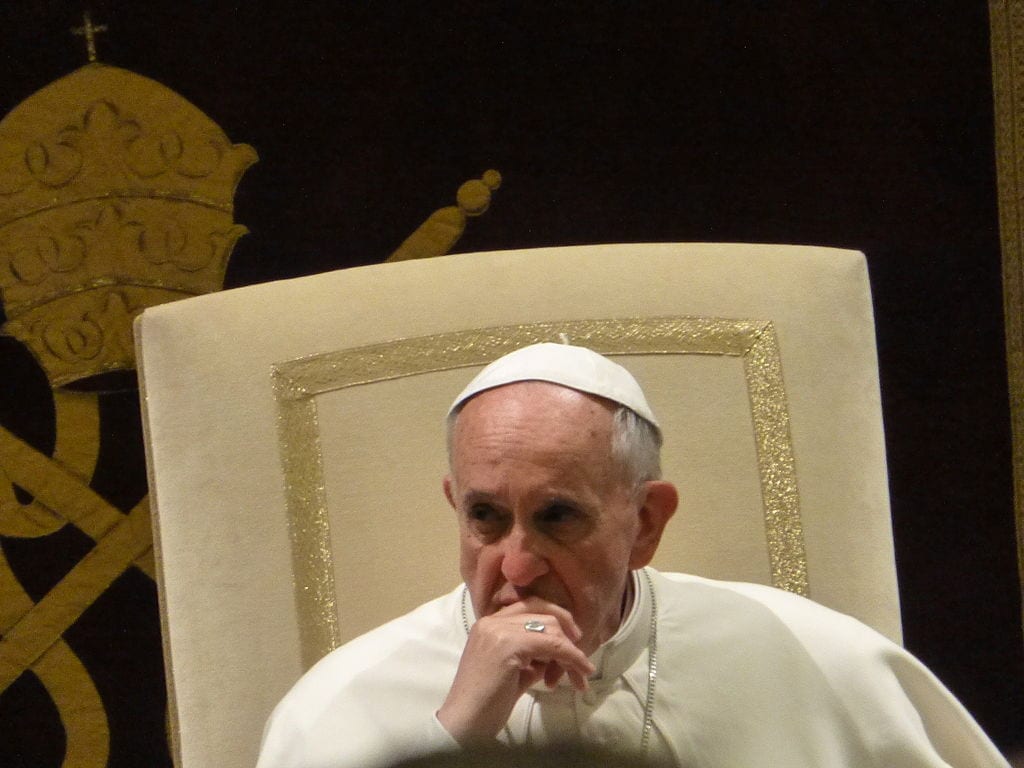 The flattering headline on the Washington Post’s story this week about Pope Francis’s open-borders activism ran, “How Pope Francis is leading the Catholic Church against anti-migrant populism.” Anti-migrant populism is the Post’s latest euphemism for the opposition of ordinary people to the violation of immigration laws.

A more honest headline would have been: How Pope Francis is leading the Catholic Church against the state’s just laws. The story, of course, makes no distinction between legal and illegal immigrants. So Pope Francis is treated throughout it not as an advocate for law-breaking but as a champion of “migrants.”

So much for “rendering unto Caesar the things that are Caesar’s.” But the pope and bishops will render to Cesar Chavez, as they endlessly pander to the La Raza lobby.

“In the United States, individual bishops, especially those appointed by Francis, have sharply criticized Trump’s migrant policies since his election,” the Post reports. “They include Newark Cardinal Joseph W. Tobin, who last month co-led a rally in support of a Mexican man fighting deportation. Tobin has decried Trump’s executive orders on immigration, calling them the ‘opposite of what it means to be an American.’”

Pope Francis turned Tobin into a cardinal after he sparred with Mike Pence over the resettlement of Syrian refugees in Indiana. The Vatican was rooting for Trump to lose and has been encouraging bishops to defy him. According to the Post, “Archbishop José H. Gomez, the first Mexican American vice president of the United States Conference of Catholic Bishops, which leads the U.S. church, described migrant rights as the bishops’ most important issue.”

That sounds about right. Amnesty advocacy is certainly more important to them than abortion. The same bishops who used to pooh-pooh pro-life protests now promote de facto civil disobedience in defense of illegal immigrants. Reports the story:

Chicago Cardinal Blase J. Cupich, one of Francis’s closest allies in the U.S. church, has issued orders that if federal immigration authorities should attempt to enter churches without a warrant in search of migrants, priests should turn them away and call the archdiocese’s lawyers. Catholic school principals were given the same instructions by the archdiocese, which Cupich said was an attempt to respond in a way that was firm “but not extreme.”

“The pope makes it a lot easier for me to be a bishop because he’s very clear in his teaching, and [on] this one in particular, he’s trying to awaken the conscience of the citizens of the world,” gushed Cupich. Translation: the pope is encouraging bishops to operate as liberal political activists.

The comments coming out of the Vatican grow ever more inane. The Vatican’s newspaper L’Osservatore Romano reads like the New York Times. One of the many left-wing propagandists around Pope Francis is Cardinal Peter Turkson, who has called on the U.S. Catholic Church to oppose Trump’s temporary travel ban. “Luckily there are dissenting voices, contrary voices, in the U.S., in explicit disagreement with Trump’s positions,” he said recently. “His immigration ban was blocked by a lawyer in Hawaii. That is a sign that there can be another voice, and hopefully, via political means, gradually Trump himself will start rethinking some of his decisions.”

Babble about a “lawyer in Hawaii” is the level at which matters are discussed at the Vatican these days. In January, the Vatican opened up an open-borders advocacy office called the “Section for Refugees and Migrants,” according to the Post, which quotes its department head as saying that the supporters of Trump and other populist leaders are motivated by “fear, selfishness, and shortsightedness.”

Such is the hopeless demagoguery on tap at the Vatican, which has emboldened the U.S. bishops in their cheap rhetoric. Reports the Post:

U.S. clerics have largely united behind the pope on the migrant issue. In the politically red state of Kansas, for instance, Catholic bishops issued a statement urging Trump to develop “generous and prudent immigration laws.” Even Archbishop Charles J. Chaput of Philadelphia, seen as conservative, held a prayer service for immigrants and stated in a column that “how we treat [immigrants] will prove or disprove whether we take our Christian discipleship seriously.”

This is the rawly politicized church of Pope Francis — a church that preoccupies itself with virtue-signaling even as it stops teaching virtue.

George Neumayr is author of the forthcoming book The Political Pope.