by George Neumayr
Pope Francis at the Vatican, December 4, 2019 (AM113/Shutterstock.com) 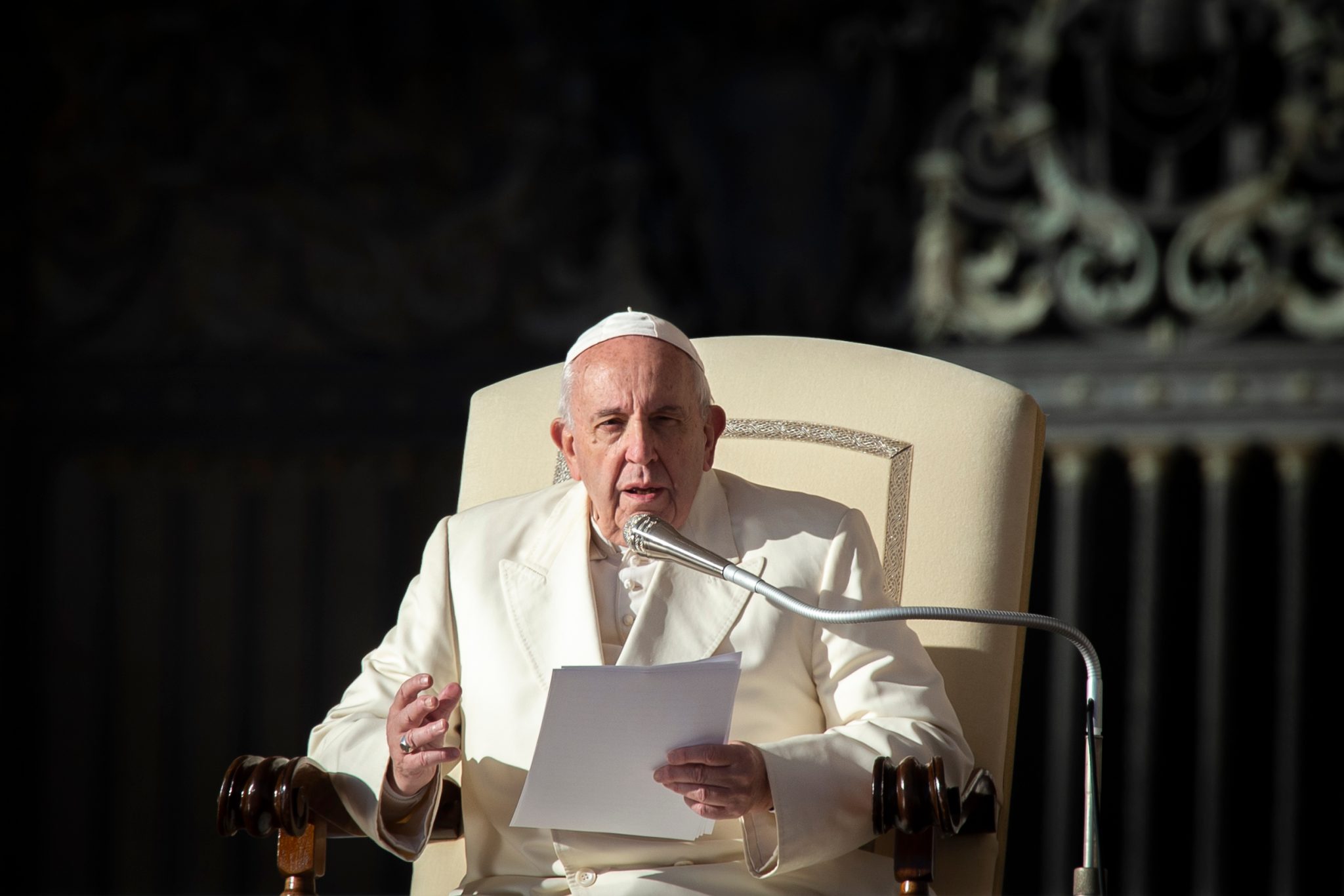 Under Pope Francis, the Vatican has become almost an annex of the United Nations, serving as a tribune for its propaganda. Not a week passes, it seems, without some new papal endorsement of its schemes, most of which have been hatched by anti-Catholic secularists.

The latest creepy project to emerge from the Vatican–UN alliance is the “Council for Inclusive Capitalism,” which launched this last week under the direction of Lynn Forester de Rothschild, a former fundraiser for Hillary Clinton.

The council is designed to enlist corporations in the advancement of “U.N Sustainable Development Goals,” reports Politico, which quotes Rothschild as saying: “God didn’t create the corporation. The corporation is an invention by society to give limited liability to shareholders. But why should society give that if the shareholders mistreat workers, or poison customers or degrade the planet?”

The group’s press release says, “Under the moral guidance of His Holiness Pope Francis and His Eminence Cardinal Peter Turkson, who leads the Dicastery for Promoting Integral Human Development at the Vatican, and inspired by the moral imperative of all faiths, the Council invites companies of all sizes to harness the potential of the private sector to build a fairer, more inclusive, and sustainable economic foundation for the world.”

One of the group’s goals is to make sure that “one generation does not overburden the planet.” Vast mischief is contained in that phrase. But this is hardly the first time the pope has signed up with proponents of aggressive forms of social manipulation and even suggestions of population control. Recall his appointment of Hans Joachim Schellnhuber to the Pontifical Academy of Sciences, despite Schellnhuber’s radical statements about the Earth being overpopulated. To deal with this and other climate issues, Schellnhuber has proposed an “Earth Constitution,” a “Global Council,” and a “Planetary Court.”

Among the “guardians” for the pope’s new council are Rajiv Shah, president of the Rockefeller Foundation, and Darren Walker, president of the Ford Foundation. Those two foundations are notorious for championing abortion and population control, among other anti-Catholic stances. Shah is a former Obama administration staffer. Walker has joked to the New York Times about himself, “Henry Ford never imagined that a black gay man would be president of this foundation, but that’s what’s great about American philanthropy, that it continues to evolve.”

Another member of the council is the pro-abortion Democrat Fiona Ma, who is California’s State Treasurer. The composition of the group doesn’t appear Christian in the slightest. Yet the Vatican says that it will “apply principles of morality to business.” The companies involved so far, such as Bank of America, are at the vanguard of a “woke” ideology utterly contemptuous of Catholic morality.

What the pope means by “principles of morality” are the left-wing goals of the United Nations, which aim not at Christianizing the world but liberalizing it under the increasingly corrupt whims of a global elite. He is not the “people’s pope,” as the media likes to say, but the darling of an exclusive club of internationalists who seek to hijack the Church for their own ideological purposes. The creation of a “council for inclusive capitalism” overseen by “guardians” who fly in to Rome on their corporate jets smacks of elitist hubris. It is the pope’s willingness to build these Towers of Babel that make him the perfect pope for a post-Christian age. He gives the elite the ostensible blessings of religion without imposing upon them any of its complicating obligations.

The Vatican has gone from condemning the pro-abortion executives from the Ford and Rockefeller Foundations to rolling out the red carpet for them. The pope, who casts himself as an “outsider” rushing out to the “peripheries” of society, has in fact become a magnet for the most insular of insiders, for whom “inclusive” is simply a euphemism for a leftism that first hurts the powerless. The jet-setting billionaires who make up his new council will not sacrifice their jobs or wealth for the goals of the United Nations. No, they will do just fine. It is their lowly workers who will pay the inevitable costs of that dilettantism. By encouraging a de-Christianized elite to clean its conscience in an “inclusive capitalism,” which is neither inclusive nor capitalist, the pope only adds to the woes of the poor, both in body and spirit.