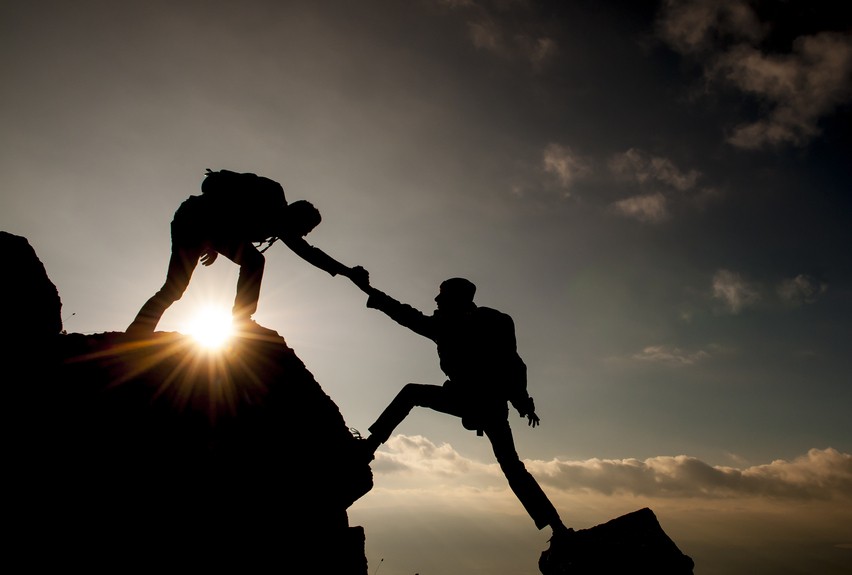 The Wall Street Journal recently reviewed a new book, Projections, written by Stanford neuroscientist and psychiatrist Karl Deisseroth. My undergraduate major was psychology, and my rabbinic study has for years centered on the literature of Chabad, which delves into the workings of the human soul in all its complexity and power. I like to see what people are saying on this topic, but it is often distressing and unenlightening. But Deisseroth as described and cited by the reviewer does not distress. On the contrary, he is profoundly moving as well as enlightening.

Deisseroth immersed himself in clinical application of his field and spent long hours trying people dealing with terrible difficulties. But for all his considerable expertise, the doctor found himself humbled by our inability to merely push some buttons to bring relief to the incredible suffering of the patients he saw. He wrote about spending time one busy night shift with someone who had suffered a terrible loss, when the realization that came to him in the darkness and the sobriety of the moment:

I could do something — not much, but something. And that matters — realizing at a place and moment you have been called to be whatever it is that humanity can be for a person. That is not nothing.

It is well and good to have all the sophistication our learning can bring us. Whether ancient or modern, many minds have thought of the great problems of human affairs. Even thought with which we profoundly disagree can help us clarify our own thinking and hone our message to others whom we wish to help and strengthen.

Yet in the end, there has been no great idea that has succeeded in bring us to paradise just yet. There is no algorithm, simple or complex, that we can simply plug in and let rip. There is no system that cannot be gamed, there is no society without its woes, without its deep problems urgently in need of repair, despite the best of human efforts at constructing such things.

Underlying all is the human soul with its shimmering visions and its profound weaknesses and failings, never able to be fully shoehorned into a theory or an algorithm. Certainly, we can concentrate all power in the hands of a government — but the governors are not free of their human failings. The best of their utopian intentions, expressed in Parisian cafes or in underground meetings, when married with unlimited power, produce gulags, killing fields, and reeducation concentration camps for millions. Unlimited economic power, rationalized on economic theory, can ignore human misery and create a culture so inwardly dead that it must sedate itself with endless hours engaged with electronics or, more directly, with the many drugs supplied by the most dynamic free-marketeers of all, uncowed and unrestricted by any government.

Whatever system, whatever great idea, it will founder and come to naught without “whatever it is that humanity can be for a person,” as Dr. Deisseroth put it.

I do not mean to squash hope. But intoxication with theories, ideas, and algorithms is deadly to hope in the end. And sobriety means always, always starting from the irreducible miracle of the soul, which for all its mystery is the always subject of our personal, second-to-second experience.

We need then a sobriety test. Does our politics leave room for this sober recognition of the primacy of the soul? Or are we caught up in the arguments and the ideation without this most essential, most fundamental thing of all? Do we care for each other? Are we able to be present beyond the walls of our ideas and affiliations, beyond the postponement of meaning and of love until some other moment?

Our greatest and best have spoken from this sober truth. Their ideas have been infused with it, and that is why their words still move us and resonate, awakening us consciously to the mystic chords to which we all vibrate even when we are unaware.

We have this vision and deep knowledge in our nation. Lincoln voiced it in his Second Inaugural, only a month away from his death. Martin Luther King Jr. spoke of it in his “I have a dream” speech. We need not be as eloquent with words, if only we make ourselves present, if we realize that it is up to each one of us to something God gives us the freedom to do, no matter what others may be doing.

There is no substitute for this in a mere ideology, however effervescent. The only ideology worth having is one not too clever to realize that without our core humanity, it can do nothing. We have such ideas, telling us to “bind up the nation’s wounds, to do all which may achieve a just and lasting peace, among ourselves and with all nations,” telling us “to speed up that day when all of God’s children, black men and white men, Jews and Gentiles, Protestants and Catholics, will be able to join hands and sing in the words of the old Negro spiritual, ‘Free at last! free at last! thank God Almighty, we are free at last!’ ”

We may fear that this is in the end meaningless. Well we may, for so many grand political slogans and causes have betrayed the hopes invested in them. “We won’t get fooled again,” sings Pete Townshend, and would only that were true.

But what was so strong in Dr. Deiserroth’s epiphany was its humility. Does it seem stripped of the grandeur of great ideas? It is not; it is stripped only of the toxic ferment of pride and egotism that disables ideas of their helping power. To realize that the core is something always there, and it is always necessary to know with the greatest certainty we can have that for all that we may be disillusioned with what has failed us so far, we are not bereft of the power to be present for another. This hope is “not nothing.” Not at all.

When the world is slipping into an infinite regress of nihilistic abandon, when the center is no longer holding, and the clamoring for a Jahr Null, a Great Reset, is clanging about the streets, “not nothing” is just what we need.

The medieval philosopher and poet Yehuda Halevi spoke of “the godly something.” There is something at the core that enables us all. There is something that we are always free to do, and it is the basis of our hope for our nation and our world. We can live in that hope and bring it alive in every conscious moment. And we can use this divine something to build the nation and the world of our greatest and holiest dreams.