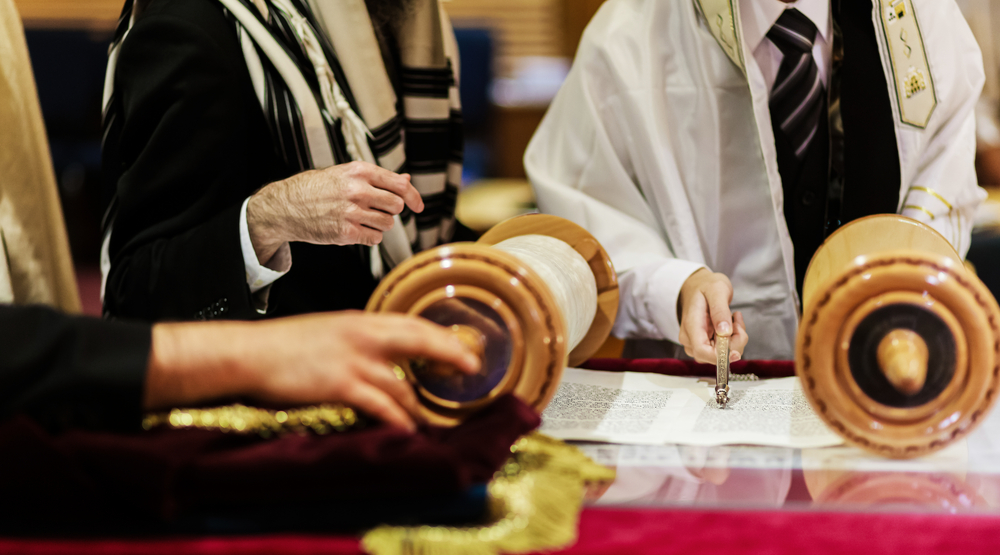 My inspiration for my writing is generally anger. I get inspired by an article that makes me angry. Or a Facebook post. Or a conversation. I rebut each point in the anger-inducing publication in my head, creating a mental outline. I then do research and fill in the explanations on my computer. I need a quiet place for this. Last week I went to my synagogue, hoping to find my inspiration, my anger, and quiet time.

It’s not that I’m not already angry about things like cancel culture, Antifa, BLM, so-called systemic racism, anti-Semitism, the renewed Iran Deal, and a long list of problematic policies and executive orders coming out of the current administration. But I’m more depressed than angry. After a while, a feeling of defeat sets in.

But I recently had an experience that gave me hope. Unexpectedly, there was a Bar Mitzvah at the synagogue. It was a very small affair due to COVID. Most of the relatives were on the video chat that previously wouldn’t be allowed during Shabbat (sabbath) services. But these are strange times, and we all adapt. Jews have been adapting for millennia.

I assumed that the Bar Mitzvah boy was one of those kids who was having a Bar Mitzvah because his parents insisted. Or maybe he wanted the money and other gifts that follow. I’m cynical by nature. I don’t like that these thoughts pop into my head, and I’ve learned to tamp them down, but I can’t eliminate them. Just something about the way my brain works. Especially when I’m depressed.

During the Torah reading, I like to meditate while the chanting of ancient Hebrew and Aramaic goes on in the background. But somehow I couldn’t work up the anger I needed for my next article. Instead I came back to my own cynicism and the thoughts of how my ancestors had survived so much worse than what we’re going through now.

The boy explained that his Torah portion had to do with God commanding the Jews to defeat Amalek and the Amalekites, an ancient enemy of the Jewish people. It was a particularly disturbing account, but suffice it to say that Amalek and the Amalekites were defeated. He also talked very comfortably about his Jewish heritage, his Jewish pride, and his plans to perform “one mitzvah (commandment) every day.” He talked about his clothing and jewelry passed down from relatives. His yarmulke had been knitted by hand by his grandmother while his tallis (prayer shawl) was given to him by his grandfather, who had recently passed away but who was “no doubt smiling down upon him now, filled with pride.”

My wife and I tend to be sentimental and emotional. Maybe too much so. She pulled out tissues from her purse and handed me one. What are the CDC rules about wiping your eyes and blowing your nose?

Then our rabbi spoke. He’s a liberal, and I mean that in the old-fashioned, best sense of the word. He has principles, one of which is his uncompromising support for Israel. Another is his recognition and denouncement of anti-Semitism wherever it appears. As he often says, anti-Semitism is not confined to one ideology or one political party. It is neither the exclusive domain of Republicans nor Democrats. He has no fear calling out anyone on it, regardless of political affiliation. I enjoy my conversations with him not because we always agree (we don’t) but because he’s happy to discuss issues when we disagree. Especially when we disagree.

The rabbi spoke about memory. About how we must keep our memories of evil even when they’re painful, because only by remembering evil can we recognize it again. But he also warned us not to obsess on evil. God created us to build the world, not destroy it. To make it better by recognizing evil and defeating it and to cherish life and do good deeds not when the mood strikes us but at every opportunity.

At the end of the service, the rabbi handed the boy a small box containing Israeli postage stamps, an ancient Roman coin, and several sweet candies. One stamp had a picture of an Israeli fighter jet and another had a picture of a yad, the silver and bejeweled pointer for reading the Torah. How many countries, he asked, have on their stamps a symbol of the powerful defense of its people and also a symbol of spirituality? The Roman coin, he said, had been dug up in Israel from the time that Israel had been under the rule of the Roman Empire. It was a reminder that the Romans have disappeared, but the Jews have survived. And the candies were for special occasions — his graduation from college, his marriage, the birth of his child, or any time that he needed to remember that while things may be bad, they will get better. We know this because we remember.

My wife handed me another tissue. I knew that it was time for me to regain some optimism. Time to stop focusing on the negative, as bad as it might be, and look toward a positive future. And I realized that it was time to write a positive article. This article.